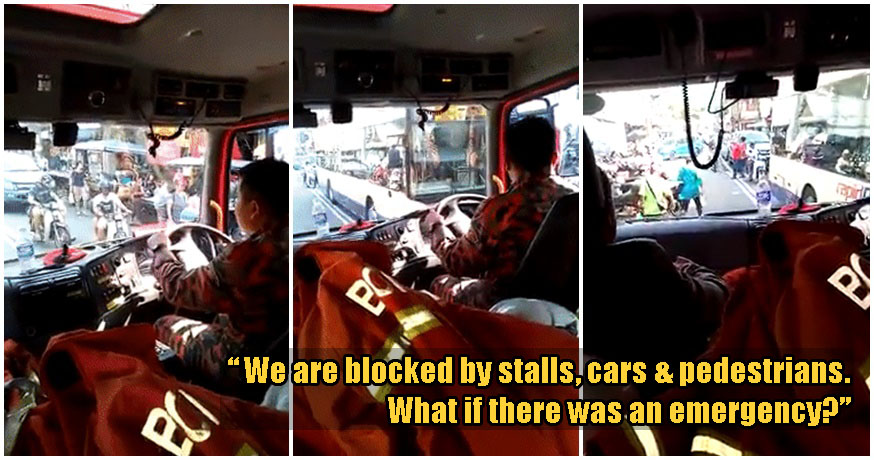 Pasar pagi, or morning markets in English, are a popular Malaysian way of going around shopping. Not only do they provide fresh groceries, they also have great food at dirt cheap prices, too. But unfortunately, many pasar pagis tend to operate by the roadside, oftentimes taking up much of the street meant for driving. And that’s not to mention the people walking, and the cars and motorbikes parked illegally. 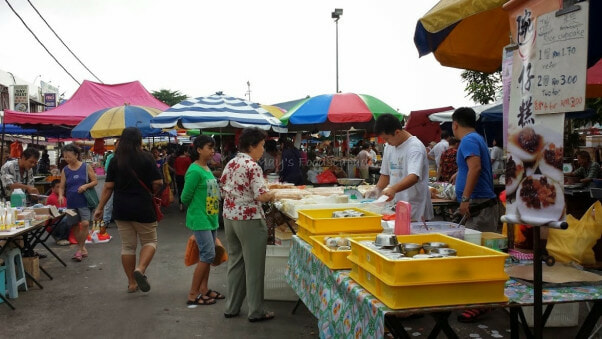 As such, you can only imagine how much of a hassle it can be for emergency services such as ambulances and firetrucks to get to where they need to be during emergencies, when they have to use these roads. One such incident was recorded on video and uploaded by a netizen over social media.

The video, which was filmed by what is assumed to be a local fireman, shows how a local pasar pagi had caused a stretch of road in Pekan Ayer Itam to become almost completely obstructed by roadside stalls, parked vehicles, and oncoming traffic.

In fact, the two-lane street was narrowed down to a single movable lane that becomes further shrunken down when an oncoming bus approaches the similarly sized firetruck.

“This is what we have to face during an emergency. Buses, pedestrians that walk on the road. Imagine what would happen if we need to reach an emergency?”

As you can imagine, netizens were quick to criticise the fact that these stalls operate so closely by the road, causing it to be shrunken down. Illegally parked vehicles such as motorbikes and cars also received the brunt of criticism for blocking the way ahead.

What are your thoughts on this situation? 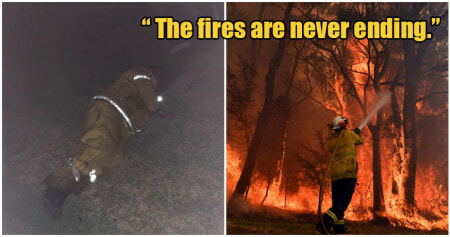