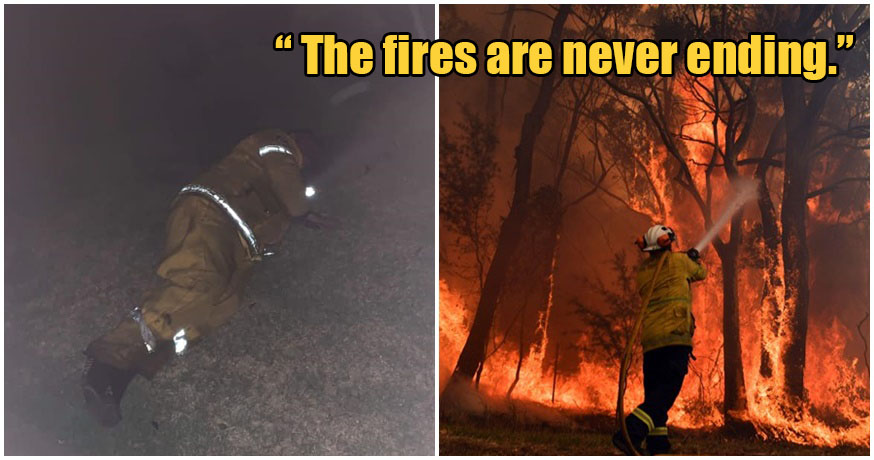 One of the biggest pieces of news that has kept the world on its toes is the current calamity that has swept across Australia in a literal wildfire. As weather patterns continue their erratic patterns and bush-fires unrelenting, more and more of the locals are banding up to join the force as voluntary firemen and firewomen to help in putting a stop to this catastrophic disaster. 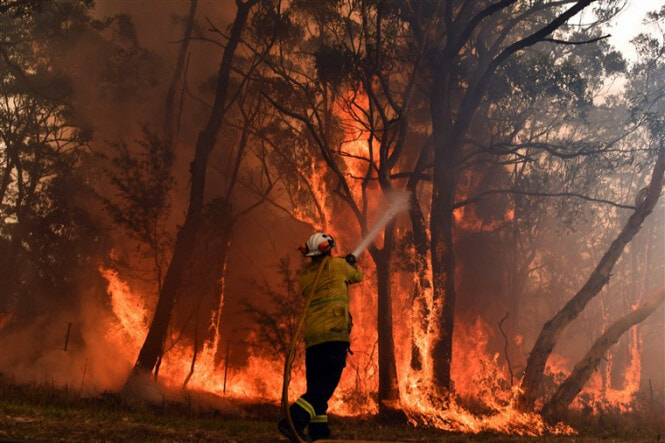 But oftentimes, many people forget the sheer amount of sacrifice that these men and women go through in order to carry out their duties. It isn’t merely a test of the mind, but a test of the body as well when they battle against intense flames at an almost daily rate, as this viral Facebook post from Jenna O’Keffe goes to prove. 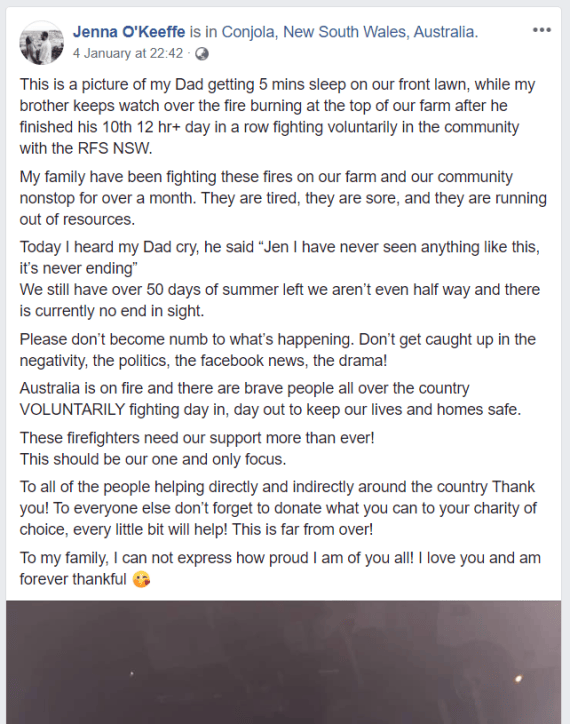 In the viral Facebook post, Jenna goes on to describe how her father had voluntarily signed up with the NSW RFS (New South Wales Rural Fire Service) in order to keep the flame that have been plaguing Australia at bay. What was most heartbreaking was the reason behind the photo itself. 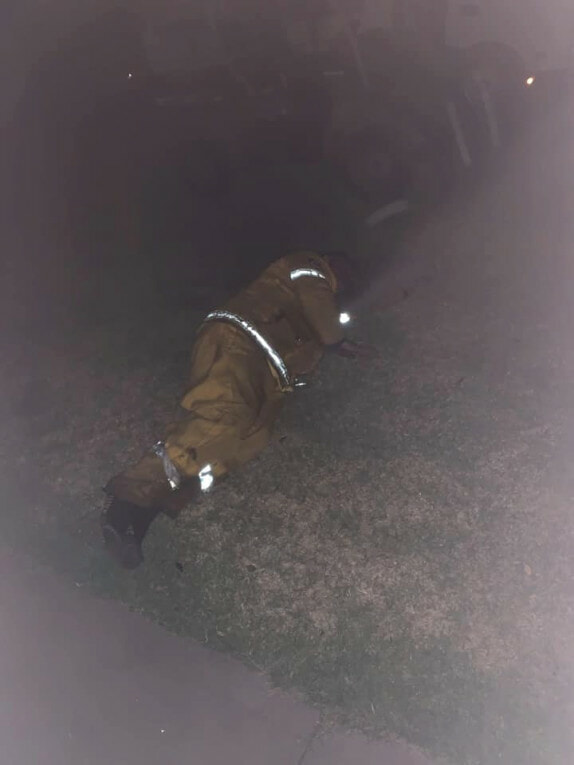 According to Jenna, the photo that was taken here show her father taking a five-minute nap on their front lawn after finishing his 10th consecutive day battling raging fires for over 12-hours each day.

The photo was taken while Jenna’s brother kept a close eye on fires that have already begun to engulf the top of their family farm. She also mentions how the continuous routine of fighting these flames have left her father in tears.

“Jen, I have never seen anything like this. It’s never ending.” he said.

Jenna pleads for the support of everyone reading her Facebook post to donate as much as they can to help our these firefighters, as resources are running thin and conditions only seem to worsen.

This comes after reports from BBC News and Vox, over 2,000 homes have been completely destroyed, more than 15.6 million acres of land have been razed to the ground, and the more dire of all, over 500 million animals native to Australia have been burnt to death.

For those of you who are reading this, please take a moment out of your time and donate to the Australian Red Cross Disaster Recovery & Relief Fund, the NSW Fire Service or the Victorian Bushfire Appeal.  We pray that Australia will be able to stand strong and persevere throughout this difficult time. 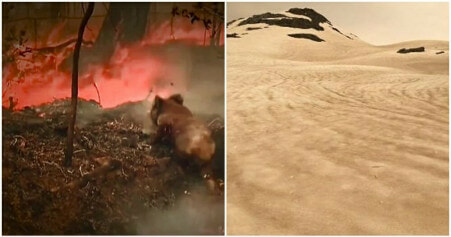