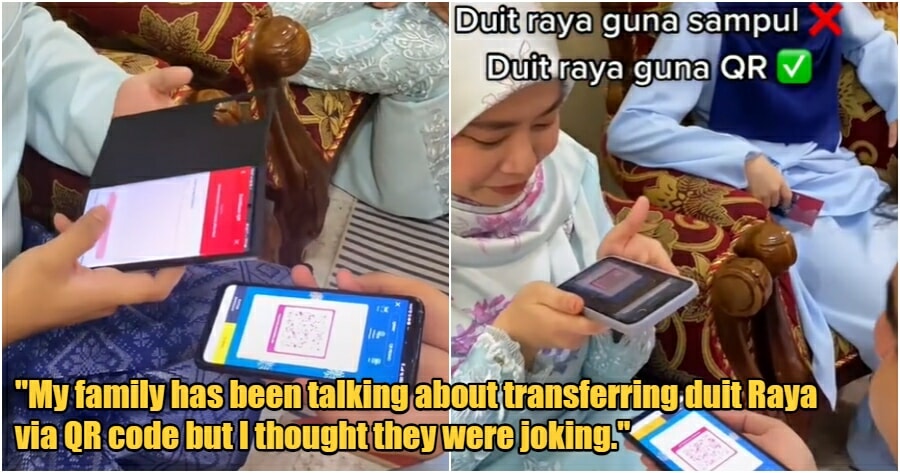 Today (3 May) marks the 2nd day of Raya and by now, the ones celebrating are definitely still visiting the houses of friends & relatives for food and a long overdue catch-up.

Aside from food and chit chats, duit Raya definitely can’t be missed! Typically, duit Raya is given to the receivers in green packets that come in various designs. But what if you don’t have enough time to get the banknotes ready? It can be done via QR pay! 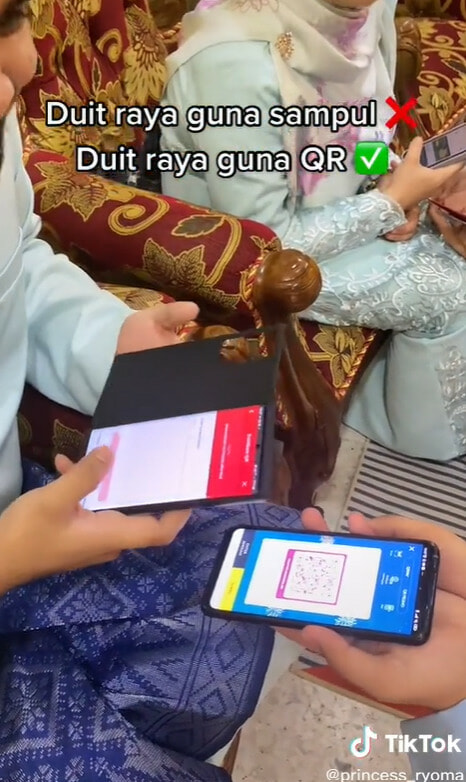 Just yesterday (2 May), on her TikTok account, a Malaysian named Naz shared an experience of her family giving out duit Raya via QR Pay. According to the caption of her post, the decision came after the last-minute announcement of Raya that had caused chaos in a lot of families as they had to rush their preparations. As for Naz’s family, they did not even have the time to look for green packets.

You can watch the clip of QR Pay Duit Raya below.

What about the children without smartphones?

In case the same question is lingering on your mind, rest assured that no one is left behind! Naz revealed in the comment section that the money will be transferred to their parents’ phones instead.

Speaking to WORLD OF BUZZ, Naz said that this is the very first time where her family is using QR Pay to give out duit Raya. However, the idea of digitalising duit Raya has been on their minds for quite a while.

“My dad, my sister and her brother-in-law have been talking about transferring duit Raya via QR code for a long time,” she revealed.

Naz initially thought they were joking but this year, the idea came to fruition. Since they did have some banknotes on them, children with no smartphones and bank accounts were given cash.

As the world is still battling the Covid-19 virus, the idea of QR Pay Duit Raya sounds like a good way to minimise contact too! It is actually such a simple idea that is rarely talked about. Have you ever thought about this?

In the meantime, have you ever given or received duit Raya through an online transfer?

Also read: PHOTOS: These Pandemic-Themed Duit Raya Envelopes Are So Creative, We Want Them All!