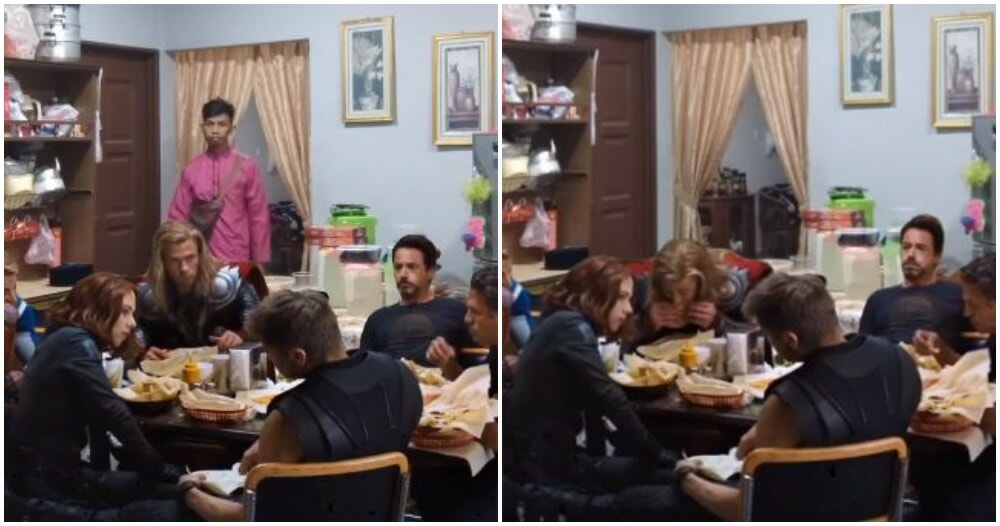 When you’re not allowed to invite anyone to your house, just edit them inside!

With the whole of Malaysia placed under the Movement Control Order recently, this meant that there were no Hari Raya celebrations for two years in a row which definitely devastated many Malaysians. For Mohamad Faizal Mokhtar however, the subdued Raya celebration fueled his creativity and he made a special Raya video.

In his video, he edited the six original Avengers in their infamous shawarma eating scene from the first Avengers movie to make it seem as if they were eating at his house!

Posted by Mohamad Faizal Mokhtar on Thursday, May 13, 2021

“Hopefully my house doesn’t get raided by the police. I’ve told them about the SOPs but these people are still adamant to celebrate. I just hope they wash their plates after.”

Speaking to WORLD OF BUZZ, Faizal said that the idea for the video has been in his head for quite some time and since Raya this year was during MCO, he decided to execute his plan.

As luck would have it, his video went viral garnering over 30,000 shares. He added that many people probably found his video entertaining due to the fact that their Raya this year was very different, given that many people had to celebrate the festive occasion away from their families hence why they were cheered up by the video. 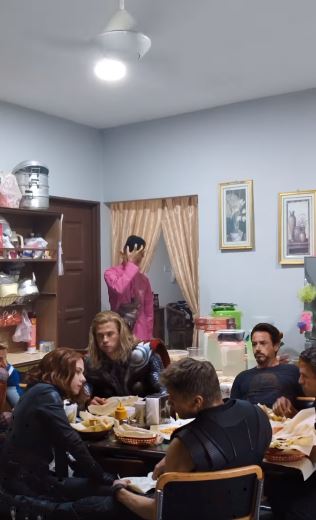 Faizal also said the fact that so many people and entertainment portals appreciated his video made his Raya this year the best one ever!

How was your Raya celebration this year? Let us know in the comments section!

Also read: PDRM Will Be Monitoring Raya Postings On Social Media To Look For SOP Violators 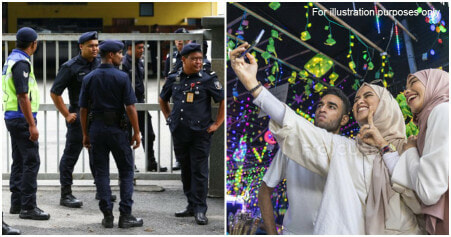