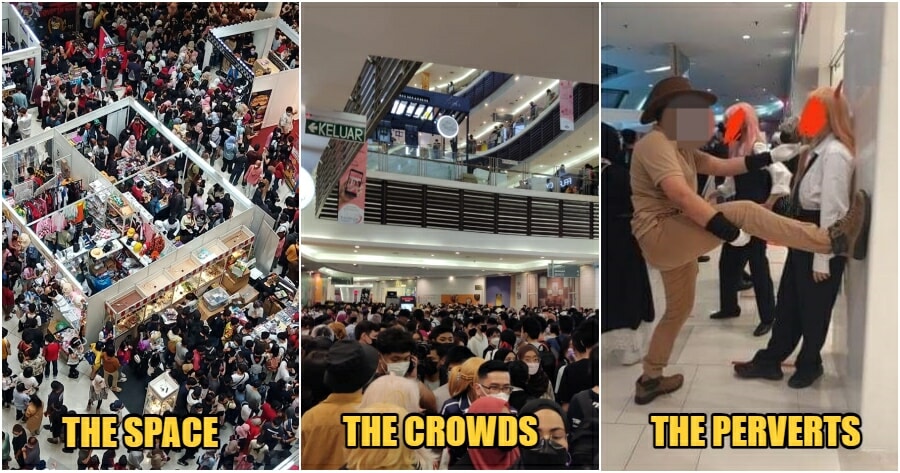 The recent Anime Fest in PJ mall held from 13 May till 16 May was definitely a dream come true for Anime fans who had the opportunity to cosplay as their favourite characters.

While the event managed to gather fans around the country, some people think that the Anime Fest definitely has room for improvement. Recently, 1 of the cosplayers, Koi, shared on her Twitter account certain ways the event can improve for the relevant parties to consider.

If you have noticed from the photos of the Anime Fest that have been spreading online, the space might be 1 of the things that lingered on your mind.

“The mall felt like Comic Fiesta squeezed into small & tiny areas, with the walkways being only 2 people wide,” Koi expressed.

The photos of the Anime Fest show how crowded the event was with the people barely being able to walk freely, not to mention the traffic on the highway beside the mall, as well as the full occupancy of the parking lot. 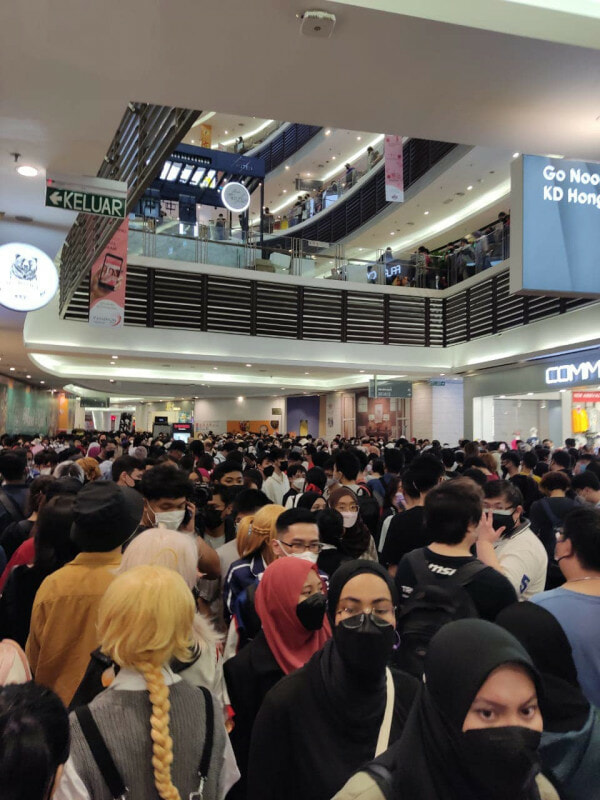 Koi, however, did not blame the organisers of the event as the mall collaborated with Comic Fiesta to host Anime Fest. The crowds also appeared to be more than they expected, which leads to the next point,

In terms of the huge crowds, Koi said that the appearance of Hakken at the Banana Boss had to be cut short as the crowd control was not as good as expected.

“People were pushing against each other and the booth’s structure made it dangerous.” 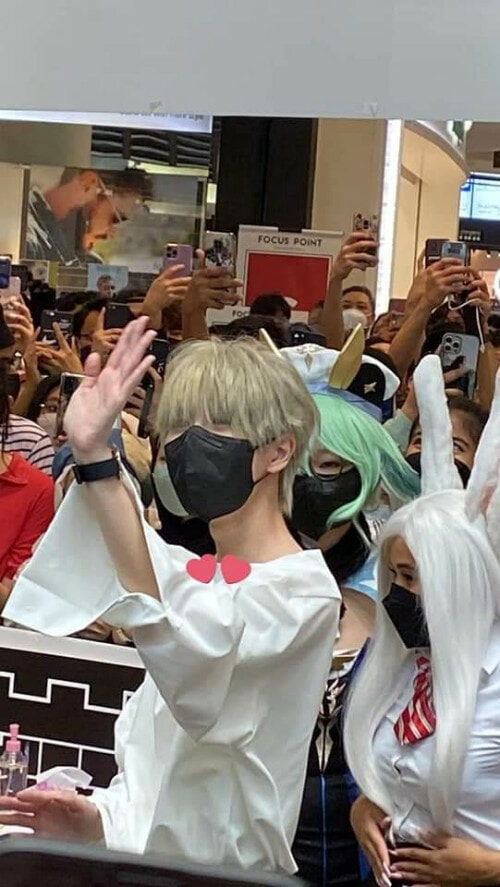 On the other hand, some attendants at the Anime Fest had also disappointed a number of cosplayers at the scene due to their behaviours. Koi revealed that some of the pictures of the cosplayers were taken without consent when all they had to do prior to that was to ASK.

“We’re not zoo animals where you can just point your cameras in our faces however you want.”

Additionally, Koi also has a reminder for some of the cosplayers who seemed to have not followed the guidelines of the attire.

“You have the right to wear whatever you want but you are representing the community, so please don’t ruin it for us.” 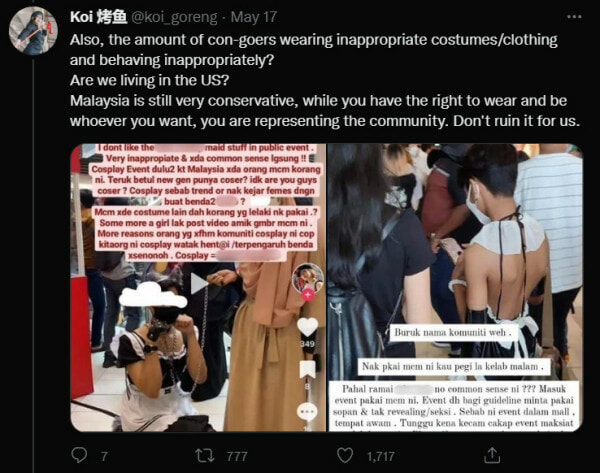 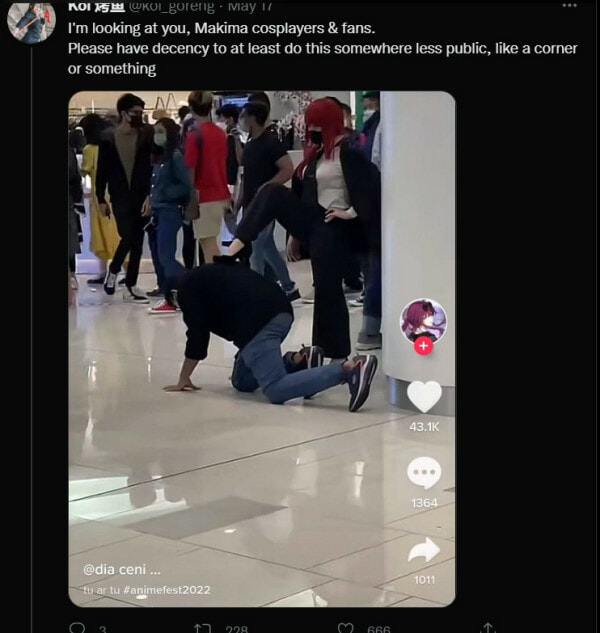 Last but not least, harassment towards some of the cosplayers has proven to be a huge bummer during the event as well. Unfortunately, Koi was also one of the victims of harassment and the perpetrator also allegedly harassed the cosplayer who was victim-blamed at the police station. 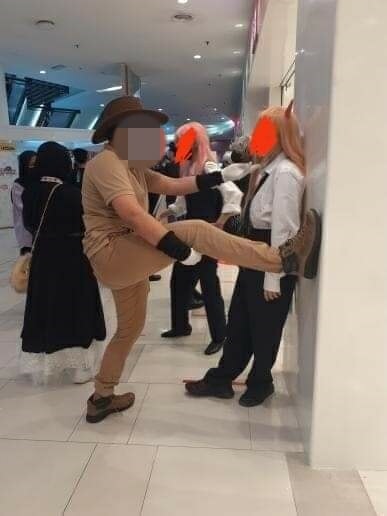 Koi also said that asking cosplayers to “go along” with your fantasy should not be something common.

“In a mall with families and children, it’s definitely a NO,” Koi added.

She added that the cosplayers’ community image is damaged when certain participants refused to follow the guidelines.

Anime Fest 2022, Paradigm Mall.
A thread for my thoughts

Speaking to WORLD OF BUZZ, Koi assured the people that despite her rant, her tweet is intended to be educational & informative, as well as suggestions to provide a better experience for everyone who attends Anime Fest in the future.

“I’d like to see our community do better,” Koi said.

She also said that it’ll be good to inform the people about general conventions’ etiquette as they are now gaining more attention.

The Anime Fest was certainly a huge success despite its flaws. If you were at the scene or if you are a fan of Anime Fest, do you agree with Koi’s point of view? 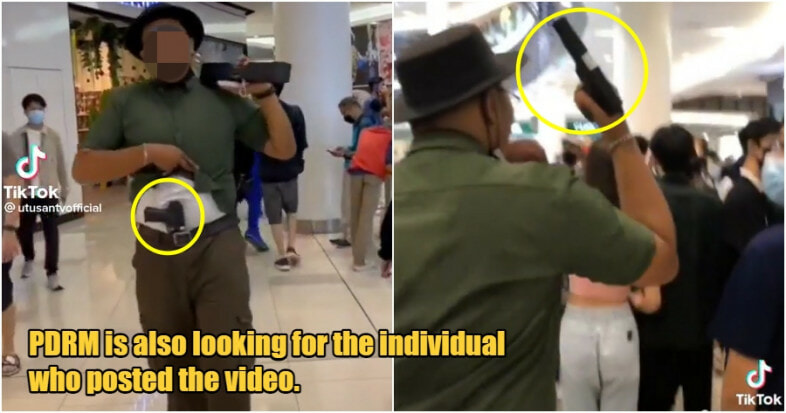