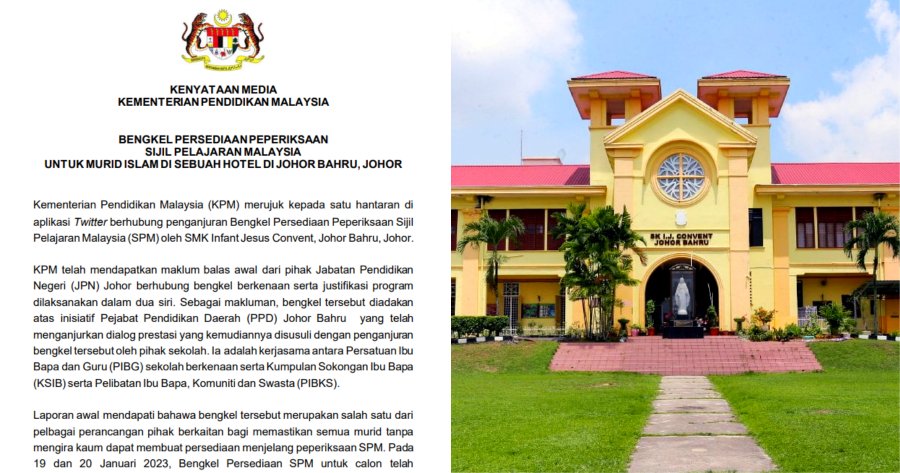 Just yesterday, Malaysian parents were outraged as news broke about a high performance secondary school in Johor having an overnight SPM workshop at a hotel for only Muslim students, with the school stating that it was because they produced bad results.

Following that, the Johor State Department of Education has now determined that there was no element of racism at play.

Education Minister Fadhlina Sidek has since shared a statement by the Education Ministry in regards to the state department’s findings. Apparently, the workshop that was held was only one session out of two, and it was separated in such a way to not disturb the students celebrating Chinese New Year. 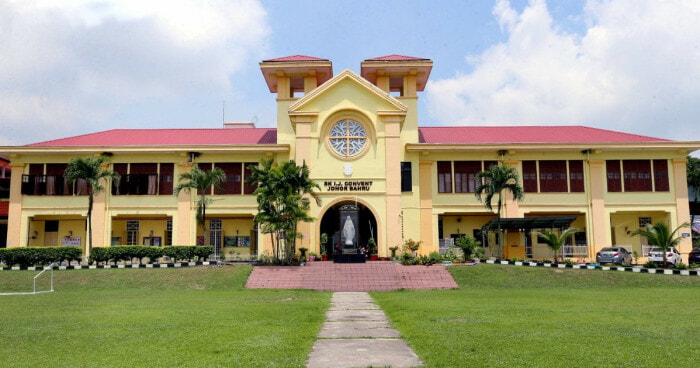 The statement read, “MoE has received initial feedback from the Johor State Education Department (JPN) regarding the workshop as well as the justification of the program being carried out in two series.”

“As information, the workshop was held at the initiative of the Johor Bahru District Education Office (PPD) which organised a performance dialogue which was then followed by the organisation of the workshop by the school. It is a collaboration between the Parent-Teacher Association (PIBG) of the school and the Parent Support Group (KSIB) and the Parent, Community and Private Involvement (PIBKS).” 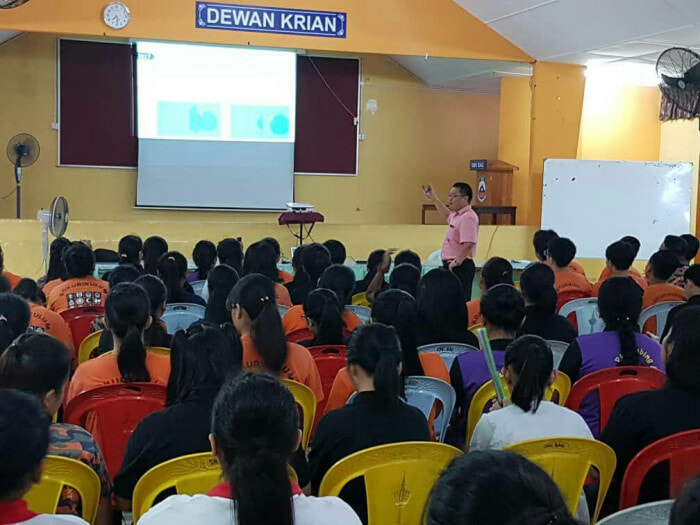 “On January 19 and 20, 2023, the SPM Preparation Workshop for candidates was first held for candidates at the Hotel Suasana, Johor Bahru, involving 30 candidates who failed in Bahasa Melayu and Sejarah subjects as well as involving GALUS (fail and pass) candidates in several other subjects.”

“Workshops are held in series to avoid disruption to candidates who are preparing to celebrate Chinese New Year. KPM was informed that the same follow-up workshop for other candidates has also been planned to be held on January 26 and 27, 2023, at the same hotel.”

With that, they shared that their investigation found no discrimination against candidates sitting for SPM in the program planned by the school, involving different religions.

Unfortunately, netizens are not satisfied with MOE’s statement.

Many believe this whole thing is a cover up.

“It’s like a cover line only. How come parents were not informed of this earlier. When the issue has broken out, then suddenly (there’s a second session). We need stern action on any sort of discrimination if present. Even the Sultan of Johor has ordered this.”

“It’s fishy, suddenly they’re saying there’s one on a different date and it’s a series. When in the principal’s message itself none of this was mentioned. If it was their initial plan and the truth, they would’ve brought that up. Seems like they made it just to avoid this getting bigger.”

You can check out the full statement here: 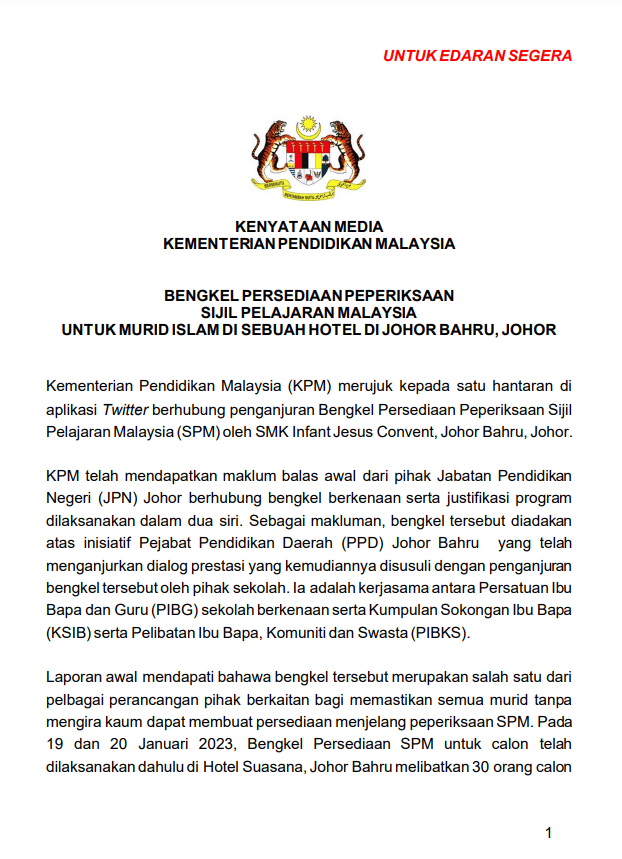 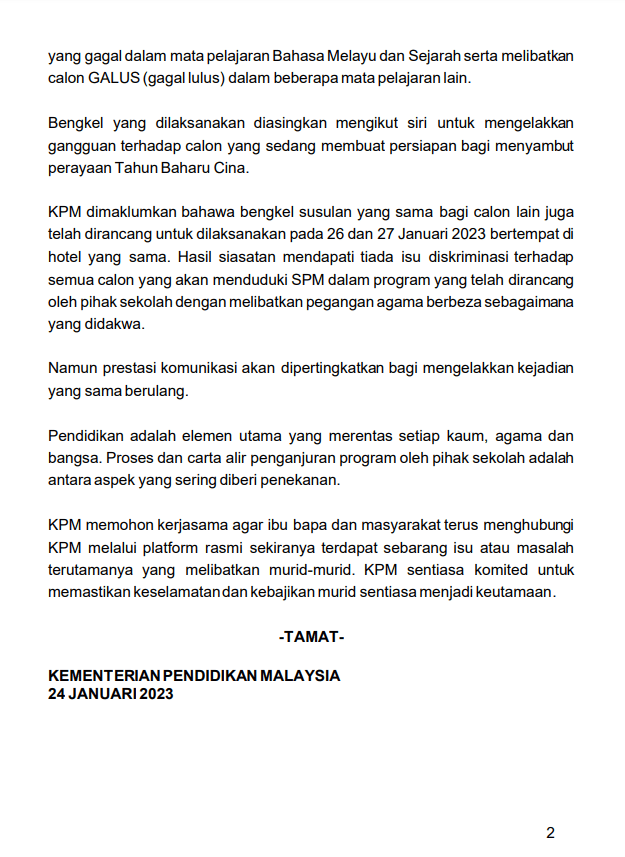 What do you think of MoE’s statement? Do feel free to share your thoughts in the comment section. 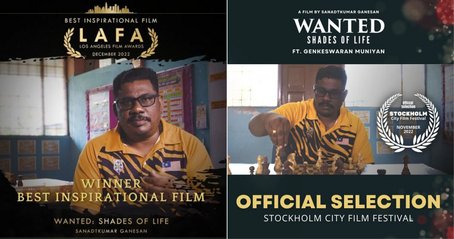