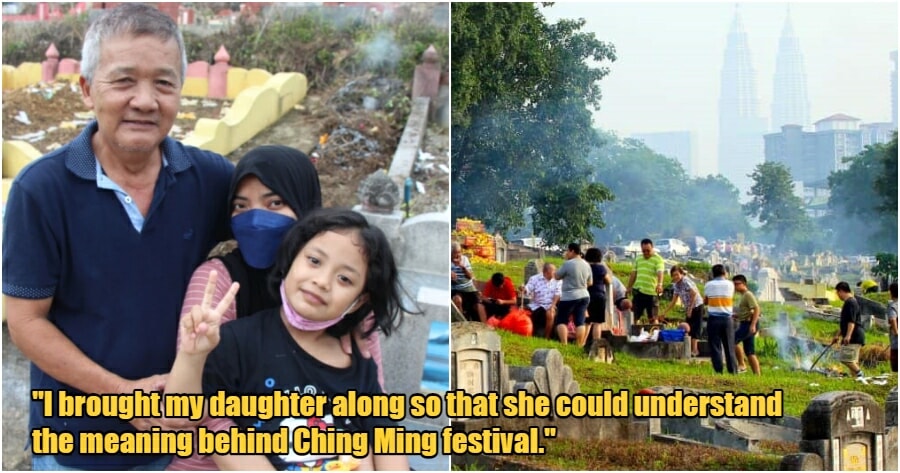 One of the many beautiful aspects of Malaysia is the cultural diversity that exists within the country.

Yesterday (5 April) marked the annual Ching Ming festival where Chinese communities around the world visited the graves of their parents and ancestors to pay respects. Cheng, who is 58-years-old and from Pahang did not miss the festival as he brought along his wife, Sara, 35 who is a Muslim. 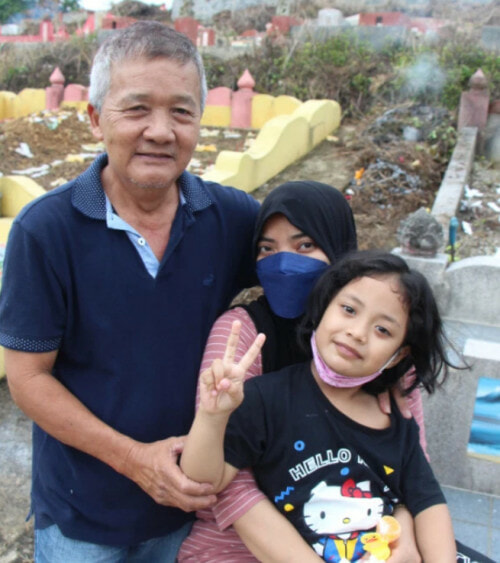 Even before the pandemic, Cheng and his wife would apply for leave for the Ching Ming festival as he has rarely missed the occasion. According to an interview with Sin Chew, Cheng revealed that he met Sara more than 10 years ago when he was a lorry driver in Singapore. Back then, Sara, who is an Indonesian was working in a restaurant in Johor Bahru.

As Cheng was a regular at the restaurant, the couple became closer and the rest is history. Cheng also converted to Islam upon marrying Sara, with whom he has a daughter.

“This time, I brough my daughter, Aisha along to the cemetery so that she can understand the meaning behind Ching Ming Festival,” Cheng said. 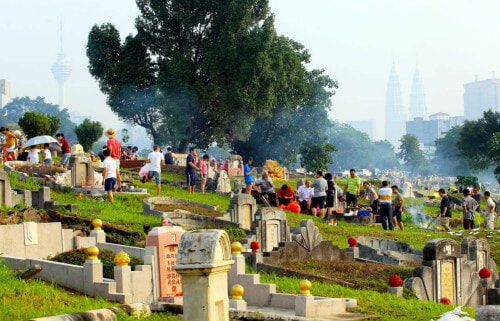 Due to the differences in the culture, Sara revealed that she did not burn the paper joss papers or incense as part of the prayers. However, that did not stop her to tag along and she was in fact happy to accompany her husband.

It’s not every day that we can see a mutual understanding and respect for cultural differences. 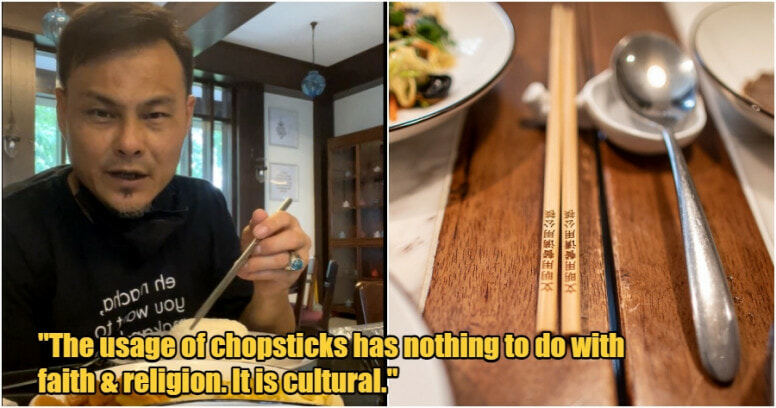