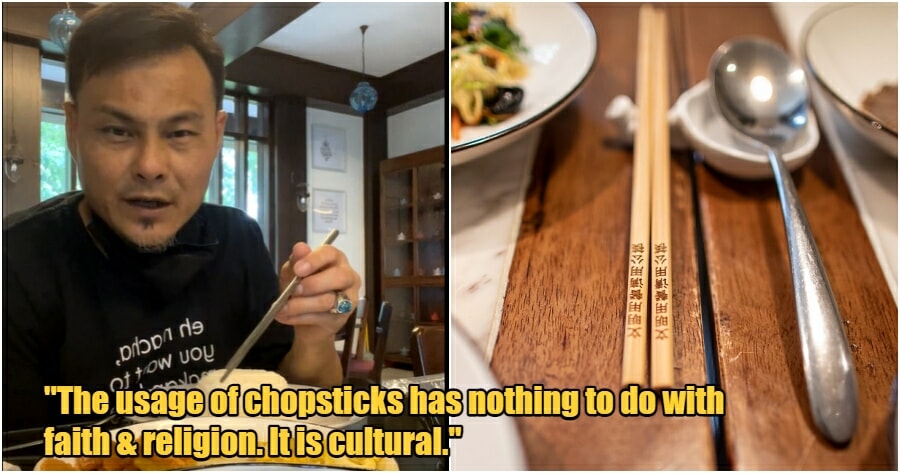 Regardless of race & ethnicity, a chopstick is 1 of the pieces of utensil that is usually seen on the dining table. The usage of chopsticks is simply a culture that has been practised 6,000 to 9,000 years ago.

However, some people may still confuse and relate the usage of chopsticks with religion. Recently, a local Chinese-Muslim actor, Adam Corrie shared a live stream of him dining in a Chinese-Muslim restaurant in Wangsa Maju, KL. Adam was seen using a chopstick and that did not sit well with one of the netizens who claim that the usage of chopsticks is not permitted among Muslims. 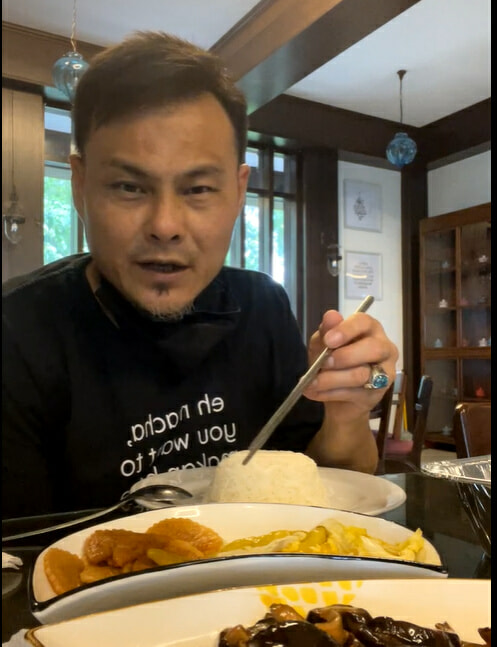 “It’s good to recite prayers before you eat but the usage of chopsticks is haram for the Muslims. Please forgive me for this warning.”

Adam was not offended and did not take the comment seriously. In fact, he politely responded to the person and assured him that as a Chinese-Muslim, he had referred to the opinions & advice from multiple Ustaz years before. 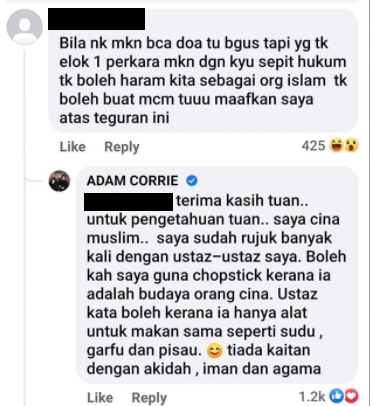 “The usage of chopsticks is allowed because they are just like any other utensils such as fork, spoon and knife. It has nothing to do with faith and religion.”

The comment has gained the attention of other netizens who have mostly slammed him for simply labelling the usage of chopsticks as haram. 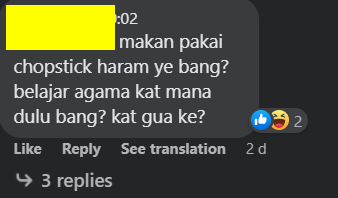 “Where did you study religion in the past? In a cave?” 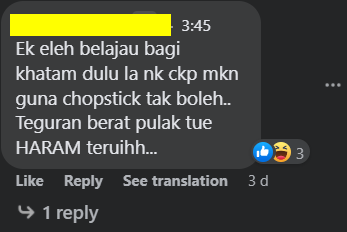 “Please study more before saying chopsticks are not allowed. That is a heavy warning.”

“The Muslims in China use chopsticks too, including Ramadhan when they eat the dates (kurma).”

In the meantime, some netizens have also compared the usage of chopsticks with other cutleries and rhetorically questioned if those are haram too. 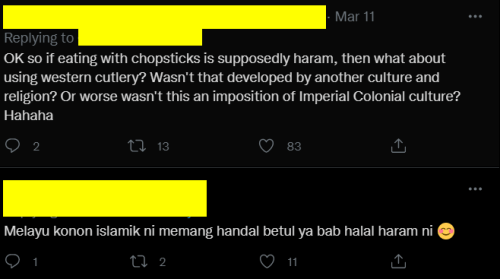 Adam’s patience in explaining his knowledge is certainly admirable especially after facing baseless accusations. As Malaysians, it is common to see different kinds of cutleries on the dining table, depending on the cuisines that are served. 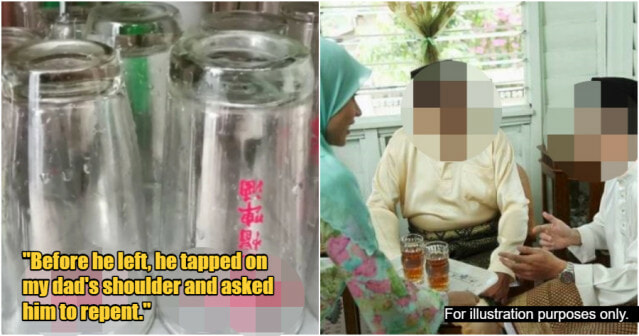