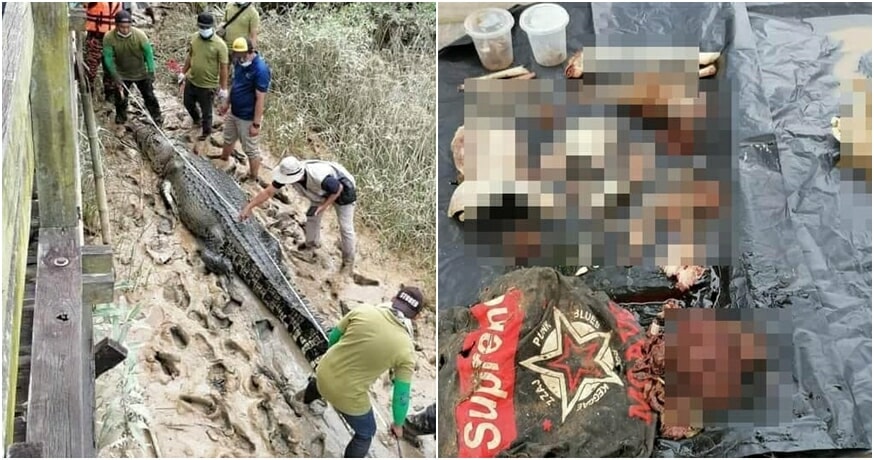 One of the oldest tropes in cinema history where jungle horrors are concerned is probably the imagery of a person being eaten alive by a crocodile. But those fears stem from a very legitimate place for people who live within the proximity of these vicious and highly predatory creatures, as this tragic incident goes to prove. 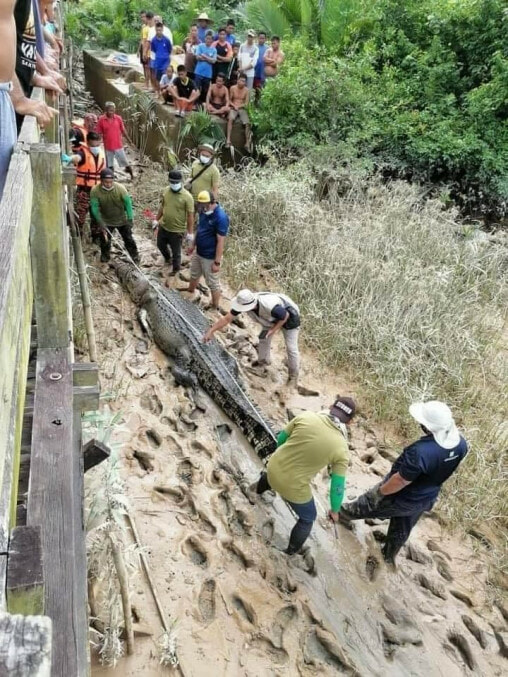 The massive crocodile being hauled up by authorities. 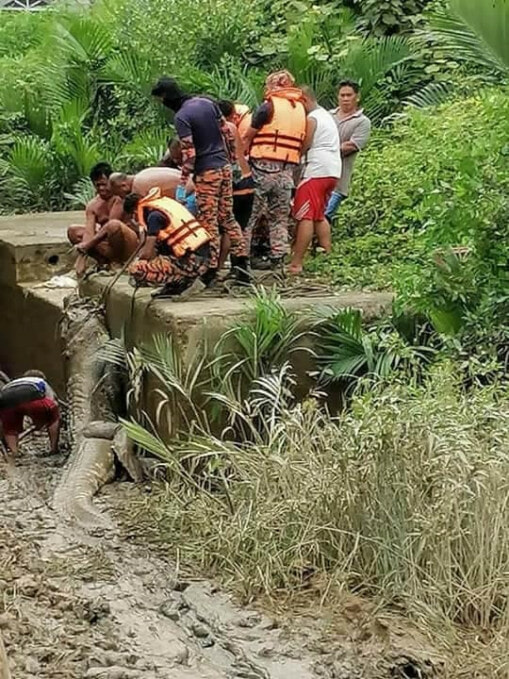 The crocodile was captured after it was baited. It measured over 4.2 metres lengthwise.

Earlier yesterday (31st July 2020), the remains of missing 14-year-old teenager Ricky Ak Ganya, from Sarikei town, Sarawak, were found inside of the belly of a river crocodile after an intense six-day search ensued when his family had reported him missing. 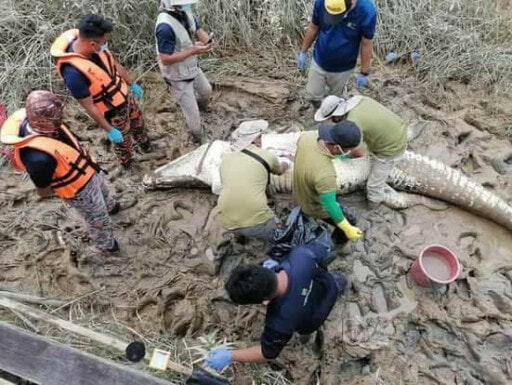 The crocodile’s stomach was cut open to reveal its grisly contents.

The grisly discovery was made after the massive 4.7 metre long, 1.7 metre wide crocodile was dragged ashore after being lured in with bait set by the Sarawak Forest Corperation’s (SFC) Swift Wildlife Action Team (SWAT), reports local authorities. 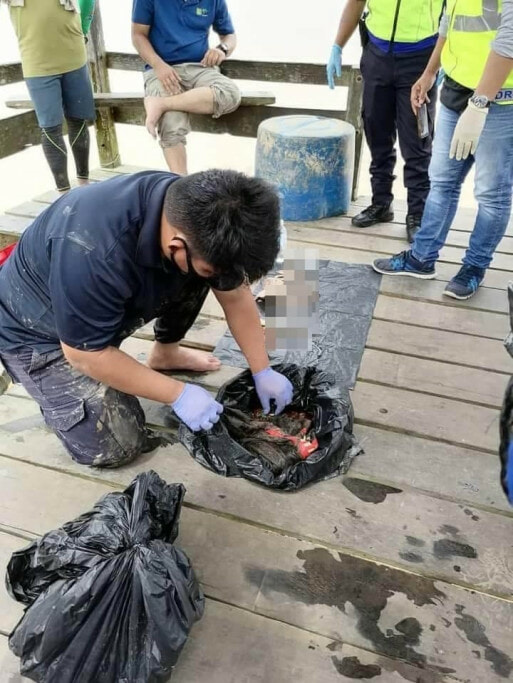 The victim’s remains were found inside the crocodile. 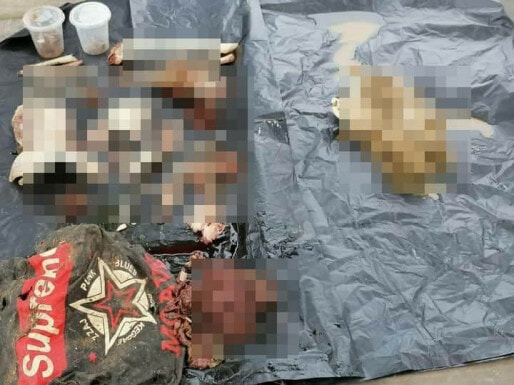 Ricky was last seen alive picking snails with his aunt and two of his friends.

Upon being cut open, the crocodile’s stomach yielded body parts and bones, as well as the victim’s clothes.

Based upon witness testimony, Ricky was last seen alive with his aunt and two of his friends, before he was attacked by the crocodile and was reported missing. It is believed that he was collecting snails at the time.

We extend our deepest condolences to the family of the deceased during this difficult time.

Also read: Watch: Sabah Kids Swimming and Having Fun With A CROCODILE In the River