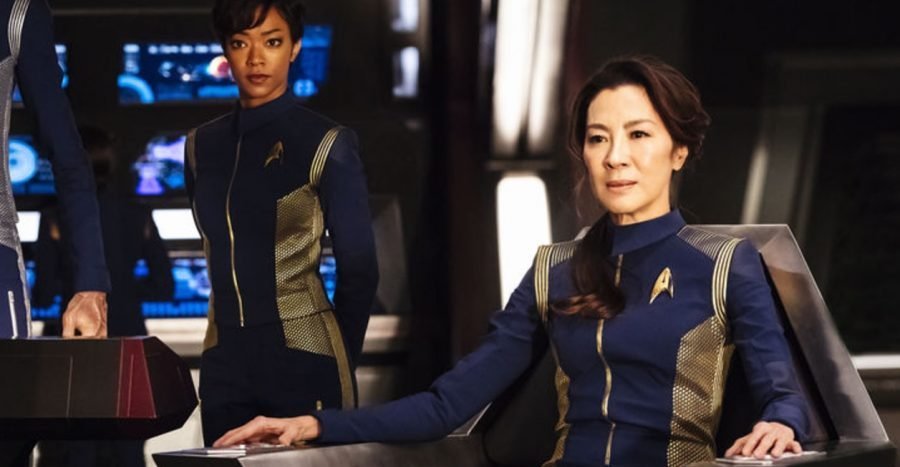 If you are a Trekkie, you would have noticed that Star Trek: Discovery’s awesome new trailer dropped a few days ago and gave excited fans a sneak peek into the upcoming television series.

However, what’s more interesting is the diverse, outstanding cast itself that has gotten lots of attention from fans.

That’s because the show casts strong women of colour in the lead roles, specifically our very own Dato’ Michelle Yeoh as Captain Philippa Georgiou and Sonequa Martin-Green as First Officer Michael Burnham. 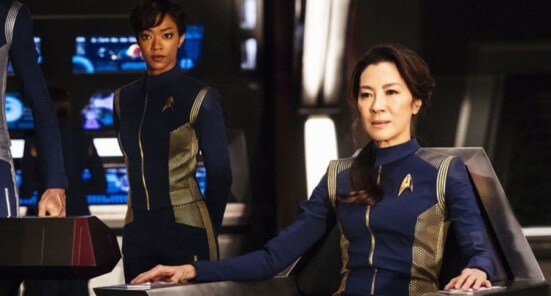 One of the most memorable things in the trailer is when Michelle Yeoh speaks her first sentence and for Malaysians, the accent is immediately recognisable.

According to Next Shark, while many praised her decision to keep her natural accent, others attacked her and the members of the cast for “spoiling the franchise”. They commented how she had a bad grasp of English just because of her accent.

But here’s why keeping Michelle Yeoh’s Malaysian accent is important. Because as Swapna Krishna of Blastr.com put so eloquently, she “burst into tears the second she heard Yeoh deliver the line.”

She goes on to explain,

“As a young girl of color, Star Trek was the first place I can remember seeing myself represented. Through characters like Uhura, Sulu and Geordi LaForge, I saw people that looked a little like me — that shared the first thing people notice about me, a darker skin color — and for the first time understood that I could achieve anything, even serve on a starship. I, and people who looked like me, existed in this future. It was one of the major forces that shaped my childhood and the adult I have become. It began to feel like Star Trek was finally embracing the global population Starfleet purported to represent. I was excited.” 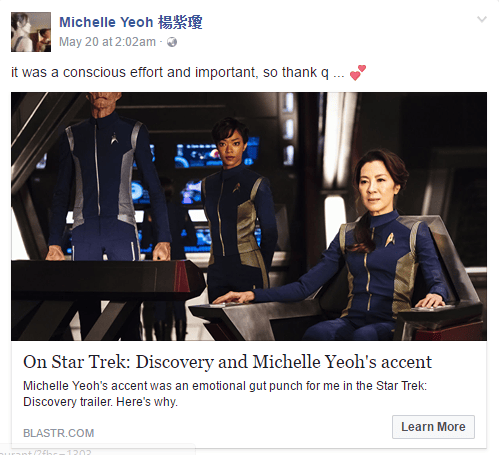 Michelle Yeoh has also spoken out about this issue and stated that it was a conscious effort on her part to keep the accent. And because Hollywood has always been blamed for whitewashing the majority of their shows, this is actually a major breakthrough, and adds more colour and depth to the overall franchise.

If you have Netflix, you will be able to catch our famous Dato’ on screen! 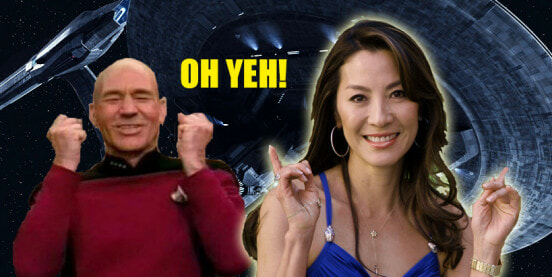