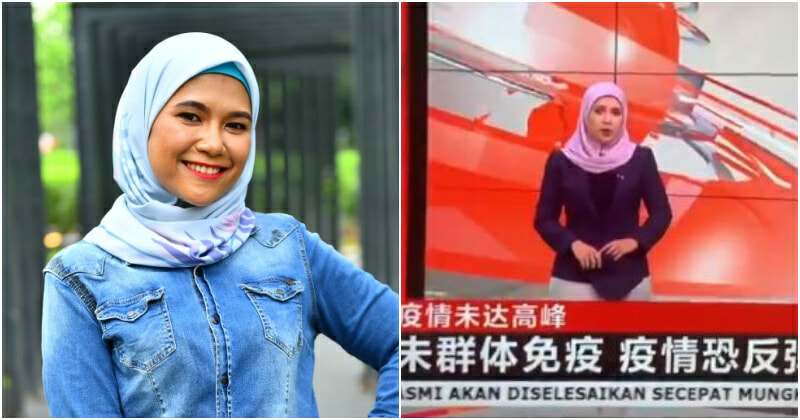 Chinese is one of the hardest languages in the world to learn. So, imagine the surprise of Malaysians when they found out that a reporter, particularly of Malay background, is speaking it so fluently – and on air too!

Meet Rasyidah Abu Johan, the first Malay reporter in Radio Televisyen Malaysia (RTM) who does her broadcasts in Mandarin! 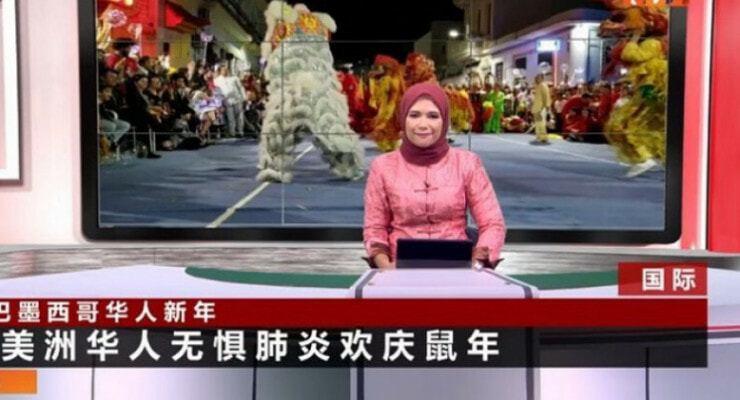 The 32-year-old went to a Chinese primary school and took Mandarin lessons since she was at the age of seven. She studied mandarin for a whopping 12 years, from Standard 1 to Form 6.

When she was at RTM, her superiors asked if she’d like to join the ‘Mandarin desk’. Rasyidah took up the offer as it may be a waste of her ability to speak Mandarin if she did not seize the opportunity.

Since then, her popularity boomed. She first went on air on 26 January 2020, and admitted to a local publication that she was actually really nervous.

“I did not want to disappoint my superiors who have given me the opportunity to read the news in Mandarin and also the audience who were watching me,” she said.

However, she’s super thankful that the Chinese community showed their support for her.

Recently, Rasyidah gained attention once again when a Twitter user, @fuzirbarry shared a clip of her reporting in Mandarin on social media. The Tweet gained over 5,000 retweets and 6,300 likes as of time of writing.

Watch her in action here:

Her pronunciation is all on point!

And if you think reading the news is easy, Rasyidah said it took her up to three months just to make sure she could perfectly read the news on camera with plenty of practice and help from her colleagues!

To Rasyidah, we want to extend our heartfelt congratulations to you as an anchorwoman, and being a proud face of a truly multiracial and multicultural Malaysia!