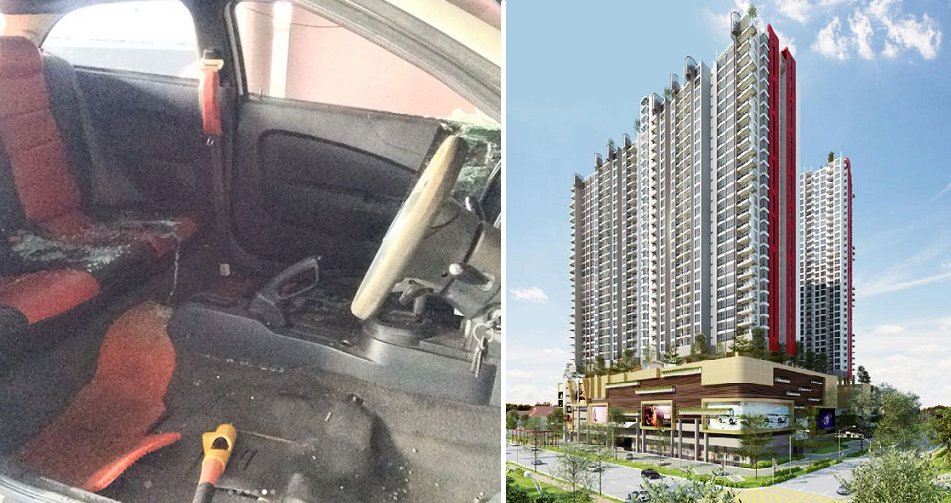 High-rise residential buildings are becoming the preferred option for most people these days, especially the younger generation. 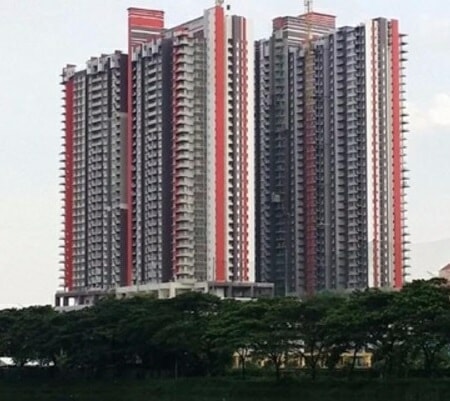 Well, who wouldn’t want to enjoy the ease of having facilities ready for our usage with a 24-hour guarded residence as well as having other people do all the maintenance work while we just need to pay a monthly fee. So easy, right?

Having said that, who in the world wouldn’t be frustrated when we’ve paid this maintenance fee every month and yet our property still gets stolen and vandalised.

Unfortunately for Mustaqim Bahadon, his beloved car was stripped of everything while it was parked right inside his condominium! 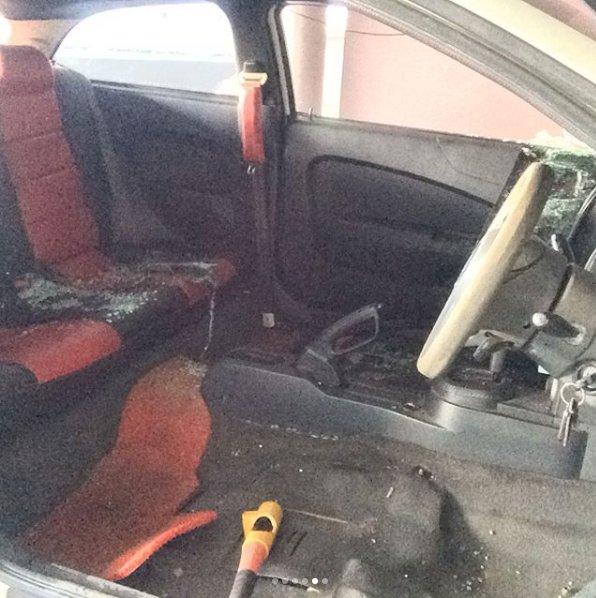 At around 3am to 5am in the early hours of October 11, 2017, a few robbers casually made their way into the condo premises off Jalan Genting Klang and broke into Mustaqim’s car.

They practically stripped the poor dude’s vehicle because those nasty robbers even stole the car seats! Walaowei…

“When you want to go to work in the morning but you suddenly see your car like this right in your condo’s parking lot.”

He was so shocked at the state of his car that he just had to sit down for a moment to digest what he just saw. 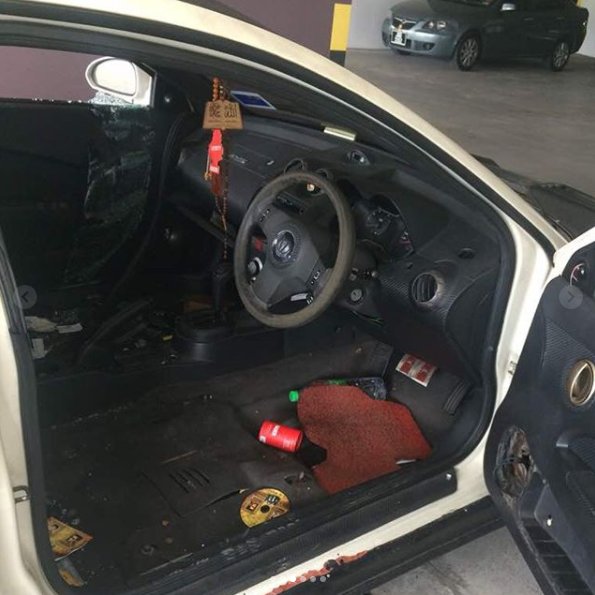 Whatever was detachable from the car’s interior was missing. The thieves ran off with a pair of GT Sparco bucket seats, a Mohawk Full Audio System, sunglasses, about 3 pairs of shoes, and even his coin box was taken.

Rightly so, Mustaqim has since gone and made a police report and the authorities even swabbed the car for fingerprints. Now, he is awaiting results from them regarding this case.

Though the incident was terrible, the man is more upset at the building’s management rather than the thieves because they chose not to be responsible for this at all! 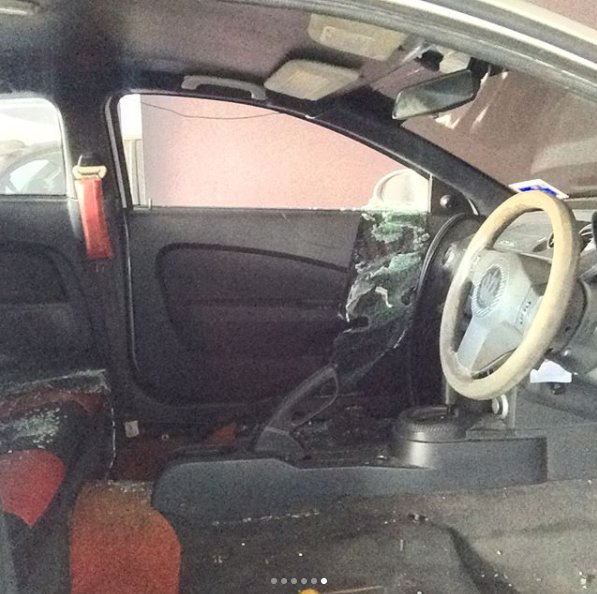 He explained that they told him to make a proper letter of complaint but they can’t promise anything and it will definitely be difficult for him to claim anything.

“I pay for the maintenance and everything, but they could even say they are not responsible for any losses. How easy for them to say so.

“The head guard even asked me if I fought with anyone until this could happen.”

However, the questionable part is, where were the security guards when the robbery took place?

“Their excuse was that the security guards needed to check-in at many levels; but it can’t be that there was only one guard making the rounds. This is so weird.” 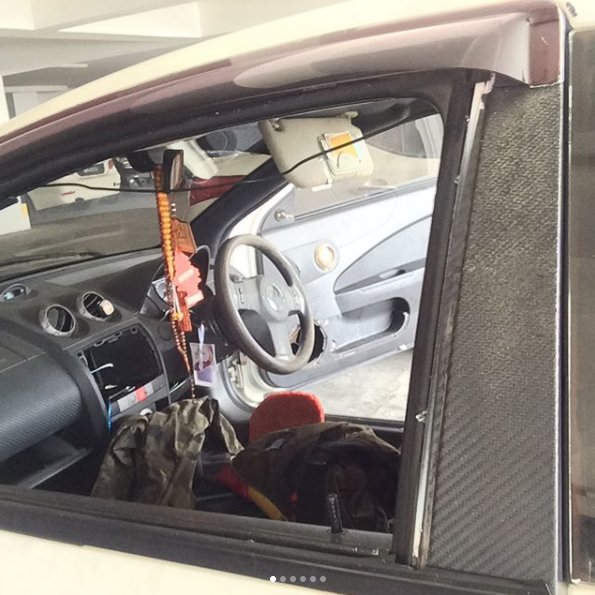 However, there was a witness who saw the car being robbed.

“It was a two-man job. Somebody witnessed it but couldn’t take down the (thieves’) car number plate as they had already finished their job and ran off.

“When we checked the CCTV footage, yes, there was a car that went into the parking lot at 3.45am and left at 4.55am.

“The head guard asked me how confident I am that they were the ones who robbed my car.”

Unfortunately, the CCTV footage was so blurry that they couldn’t get a number plate or even identify the faces of the suspects. Furthermore, there were no security cameras in the parking lots at all! 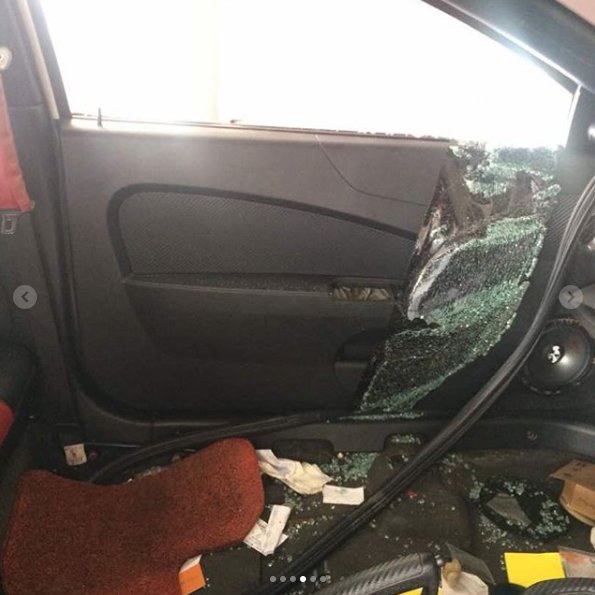 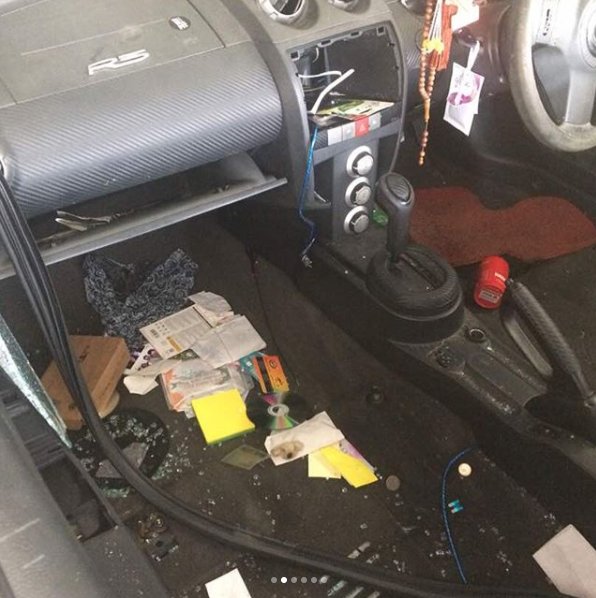 Right now, Mustaqim is just waiting for this case to be settled and he will be moving out as soon as possible.

Many netizens are suspecting it could have been an inside job or some kind of teamwork with the security guards. They also suspect that Mustaqim’s car has been targeted for quite some time now.

Well, hopefully they manage to nab the culprits! 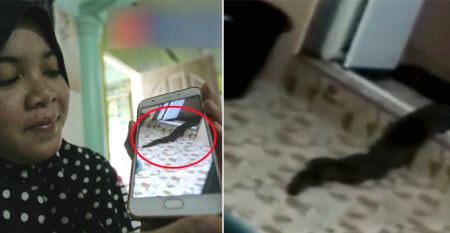