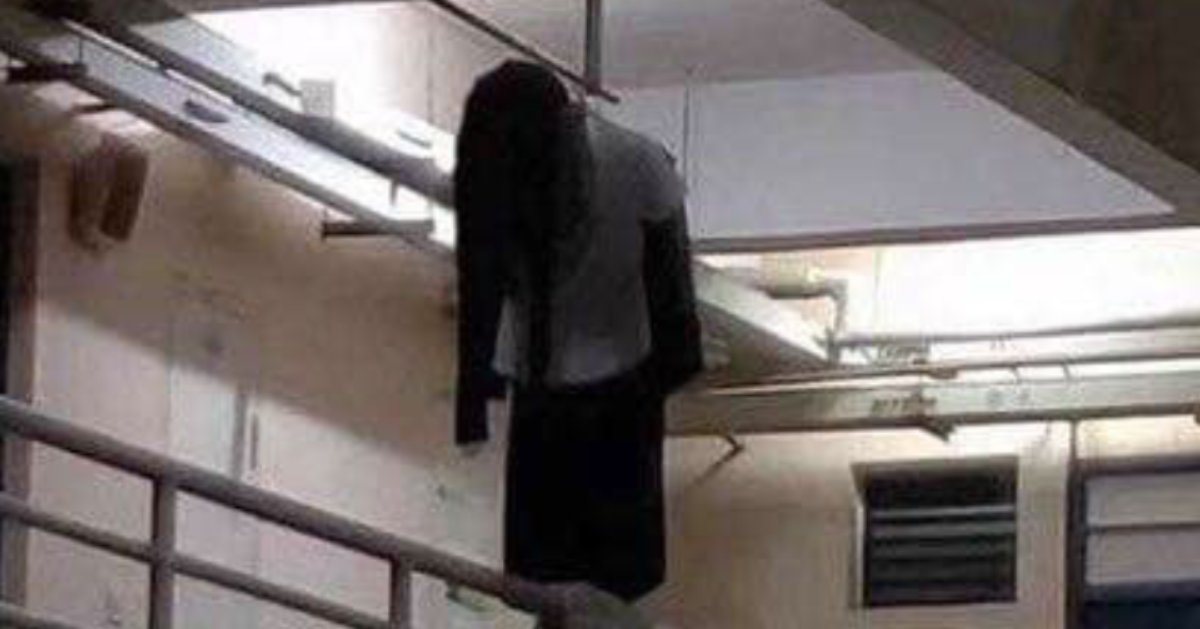 Have you ever thought you saw something scary, just out of the corner of your eye? An unexpected movement, a seemingly sinister shadow – every once in a while, our minds like to play these little tricks on us, but we think even the most sceptical person might have gotten a fright seeing this.

In a now viral Facebook post with over 89k shares, Kantatee Pumnikon of Thailand shared a surprisingly scary arrangement of hanging laundry that when viewed from the right angle, looks just like someone just hanged herself in the hallways of Kantatee’s apartment!

The arrangement of pants, shirt and a long cloth really looks like a person with long hair, perhaps wearing a skirt, while the piping along the roof of the corridor made it seem like it was a body hanging by the neck. Kantatee’s caption reads, “Damn… I thought it was a ghost! Who told you to hang clothes like this?”

Thai netizens found this really amusing as well, with many tagging their friends daring them to hang their clothes in a similar fashion, while others remarked about how they would have reacted to seeing it. Quite a few mentioned they would relieve themselves on the spot, and no one would be able to blame them for it given how realistic it looks!

We certainly think he was perfectly justified to be scared! If we were just walking past and saw the clothes from that angle, we’d be sure there had been been a hanging too! Have you ever seen an optical illusion like this? Share it with us in the comments! 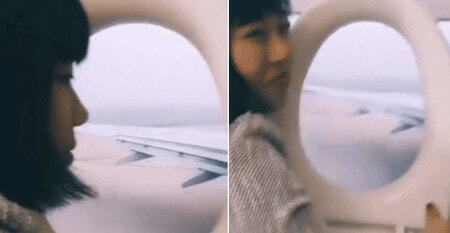