A man only identified as Annop was just looking to have a good time at a karaoke bar in Soi Sermsuk, Phuket, Thailand when he unfortunately got shot.

According to China Press, Annop was with a few friends at the bar when he requested for one of the hostesses to take him to the back room for sex. The price he paid for the hostess was 2500 baht (RM318). 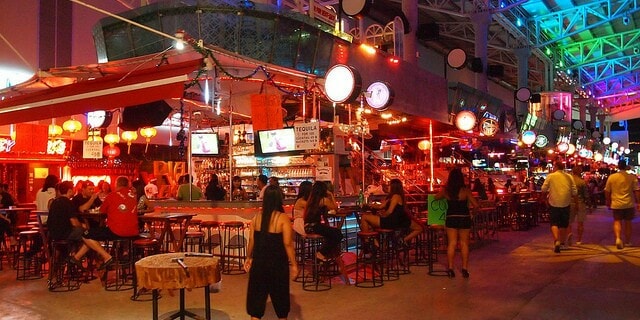 The manager took the money and the pair adjourned to the back room. but things didn’t go according to plan. A short while later, the hostess was seen running out the room screaming, “He is too big! I can’t do it! I’m scared!”

Apparently his manhood was too large and the hostess panicked at the sight of it.

Annop then came out of the room and got into a brawl with the manager and the bar staff. Annop was dissatisfied and demanded to get his money’s worth as he had already paid. The very heated argument turned into a fight and the manager sustained a punch to his face.

The manager was furious and left but came back moments later with a revolver. He then shot Annop in the abdomen.

The police was alerted and arrived on the scene. They arrested the manager and will be investigating him for attempted murder and illegal possession of firearms.

Meanwhile, Annop, who was just looking to have some fun was sent to the hospital for treatment.