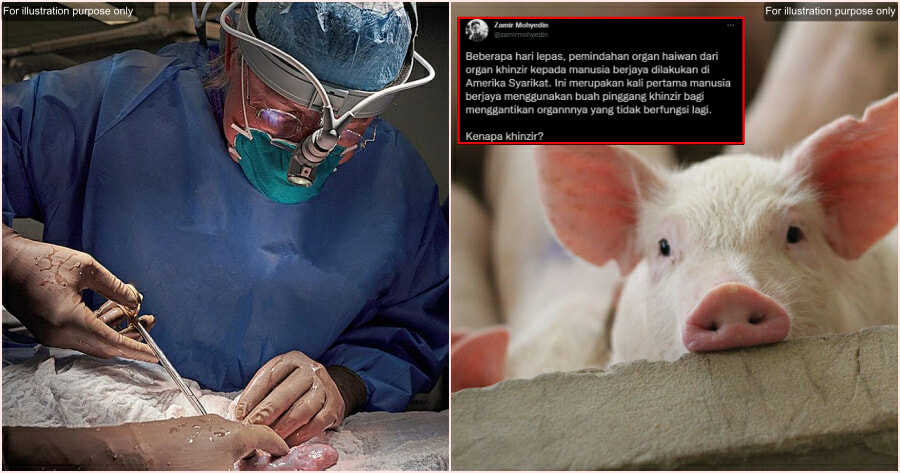 Pigs are known to be pretty intelligent animals capable of learning new things and much more. What is perhaps surprising is that they are also apparently the most compatible organ donors for human beings.

Recently, it was reported that surgeons in the US claim that they have successfully used a pig’s kidney on a human in a transplant breakthrough more popularly known as “xenotransplantation”. In a statement by doctors at NYU Langone Health, they stated that they had accomplished the first successful transplant of a nonhuman kidney to a human body last month.

According to the statement, the two hour operation was performed on Saturday, 25 September 25 at NYU Langone’s Kimmel Pavilion. The kidney was obtained from a genetically engineered pig hundreds of miles away and transplanted into a deceased donor. The donor was maintained on a ventilator, with the consent of the family, for 54 hours while doctors studied the kidney’s function and watched for signs of rejection.

The kidney was attached to the blood vessels in the upper leg, outside the abdomen, and covered with a protective shield for observation and kidney tissue sampling over the 54-hour period of study. Key indicators of a properly functioning kidney such as urine production and creatinine levels were normal and equivalent to what is seen from a human kidney transplant. 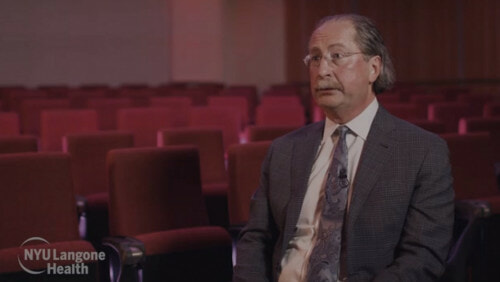 Dr Montgomery who was one of the key figures of the operation said, “this is a transformative moment in organ transplantation,” as the number of usable, donated organs available for transplant has apparently not grown sufficiently over the past half century versus the need for organs which has soared.

“This research provides new hope for an unlimited supply of organs, a potential game-changer for the field of transplantation and those now dying for want of an organ.”

Many questioned why pigs were chosen over other animals

The procedure despite its success, was met with bouts of uncertainty and plenty of questions from Malaysians and people from every corner of the globe. Apart from questions on whether or not the procedure would be allowed for Muslims as pigs are haram, some expressed their discomfort and confusion over why pigs were selected when there are seemingly more “compatible” animals.

Refuting this claim is Malaysian Doctoral Researcher Zamir Mohyedin who took to his Facebook and Twitter to pen a post on why pigs were chosen and the history behind xenotransplant. 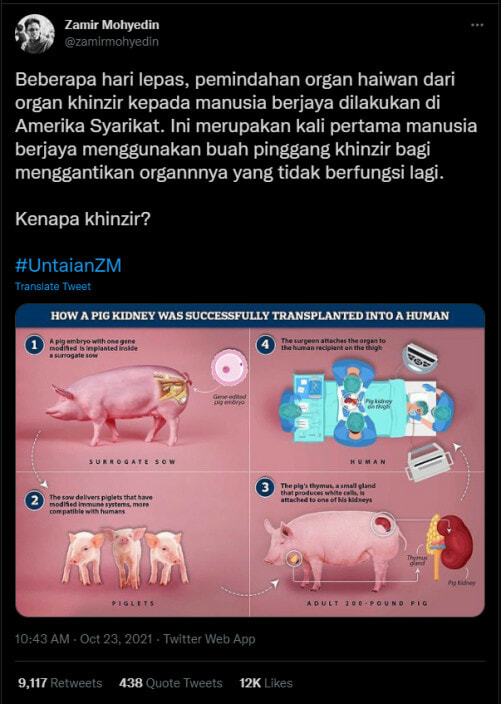 His post reads, “Projects using animal organs known as xeno-transplants (xenotransplant) have begun ever since the 1970s. At the time, scientists used to use primate organs (chimpanzees, bonobos, etc.) to replace patients’ organs that had been damaged. Primates were the best candidates at the time because their anatomy and organ function resembled that of humans.”

“But the project was met with failure and was stopped due to the many complications and rejection by the patient’s body. In addition, organs of primate also presented a risk of viral transmission that is harmful to humans.”

This led to scientists deciding on pigs as organ transplant candidates in the early 1990s.Why pigs? “Because there are several internal organs of pigs that resemble humans such as kidneys, heart and pancreas. The biological systems of the eyes and skin of pigs are also similar to humans,” he explained. 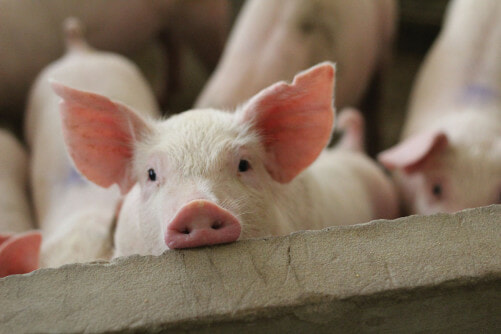 Another factor and perhaps the most important is that pigs are not an endangered species and are easy to breed and are bred in large numbers. In addition, the breeding rate of pigs is higher than that of primates. He also stated that as pigs often live in a controlled environment, viral infections are controllable and easily minimised which cannot be done on primate that live in the wild.

On the groundbreaking procedure, Zamir said, “this event has actually opened a new leaf in the organ transplant project. Many patients with organ problems do not have a donor to replace their organs. The best organ donors are of course from humans, but we also have trouble finding donors. Not everyone wants to donate their organs.”

Zamir’s posts on social media had garnered plenty of attention with over 12,000 likes and 9,000 retweets on Twitter. The comments featured a variety of dividing views from users who still did not know what to make of the procedure.

One user said, “thanks for the knowledge but when I read this I felt disgusted.. I don’t think I would be willing to accept an organ from a pig just like this. Even from other animals I would think long and hard so what more a pig.” 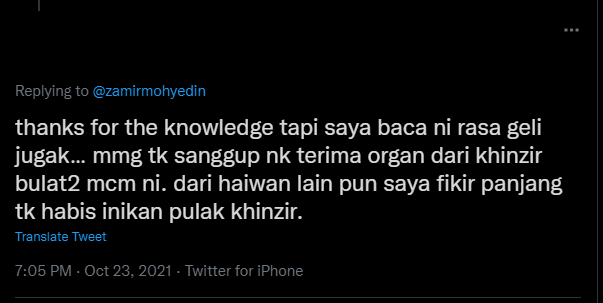 Another user said, “Is there no other alternatives apart from pigs? Just looking at a pig makes me feel grossed out what more of using its organs.”

“Hopefully Malaysia will not follow the same steps. Let America do this.”

“As long as there’s humans that can donate, we should just use that,” they said. 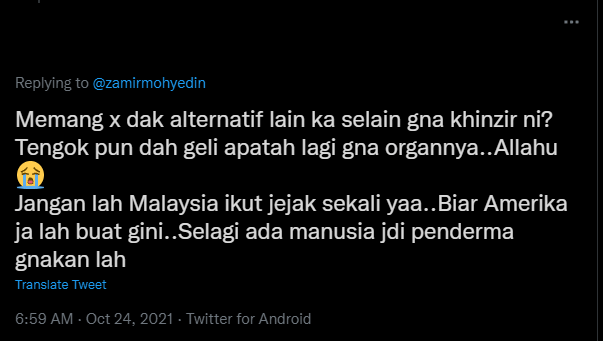 Whatever your take on the subject, let’s hope that more and more people will be willing to offer up their organs to donate to those in need.

Would you be willing to take an organ from a pig or any other animal if necessary? Let us know in the comments 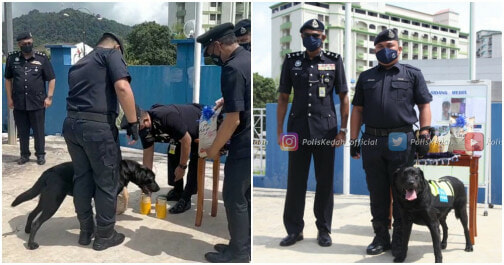