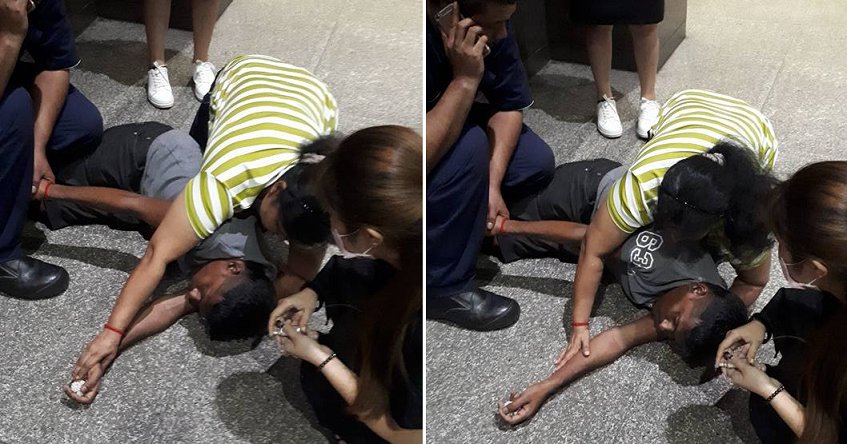 A Facebook post that has been making rounds recently garnered the attention of many, as it shows the true spirit of 1Malaysia – especially in a time of need.

Gobinath Manogaran, the source of the post, took to the internet to share the heartwarming scene he encountered in City Square mall in Johor Bahru. 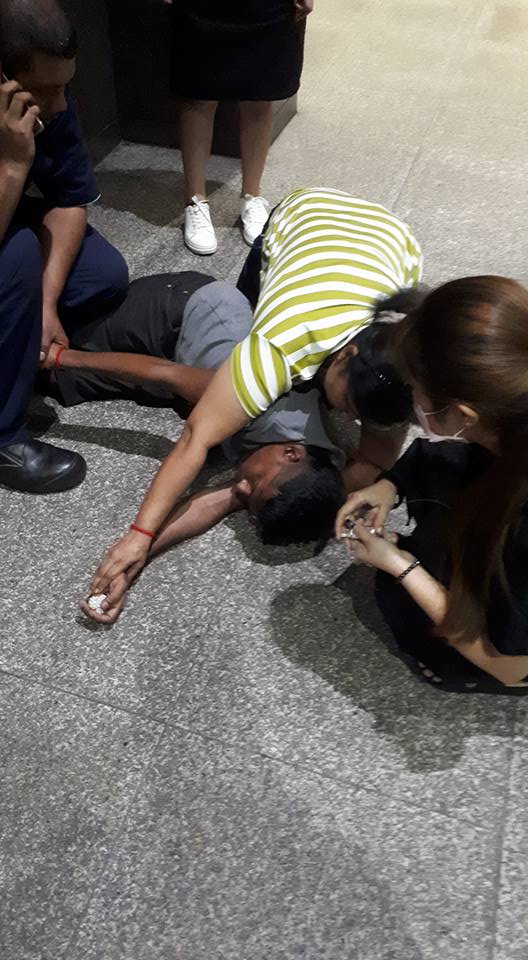 “An indian was suffering from epilepsy. 2 chinese girls & a malay guy helped him as much as they can. I was surprised on how people from different races helped him.

“I’m glad I did my part as well to help him by getting a bunch of keys from one guy among the crowd. Thank God, he’s fine.”

According to Gobinath, an Indian mall had suffered an epileptic fit and spontaneously collapsed in the middle of the mall. The epileptic victim was shown in the video to be wearing a grey shirt and remained unresponsive and unconscious.

As soon as the victim suffered the fit, two Chinese women and one Malay man who are presumably passersby came together and helped the man as much as they possibly could.

In the video posted by Gobinath, the three kind samaritans can be seen helping the man in various ways.

One woman was checking on the victim and holding his body sideways, while also holding his head in a safe position. The other woman was seen handing another woman pieces of tissues to clean the man’s face. Whereas the Malay man was holding the man’s hand and making phone calls, presumably getting assistance.

The post have garnered a whole lot of positive comments, praising the kind people who came to the victim’s rescue and also the teamwork these passersby had, signifying the true 1 Malaysia.

“Major respect to you guys who helped him! This is what 1Malaysia is about.” one commented.

“Faith in humanity restored! We need more people like them in our country!” another wrote.

“Leaders must learn about 1Malaysia from them. God bless you guys.” one user said.