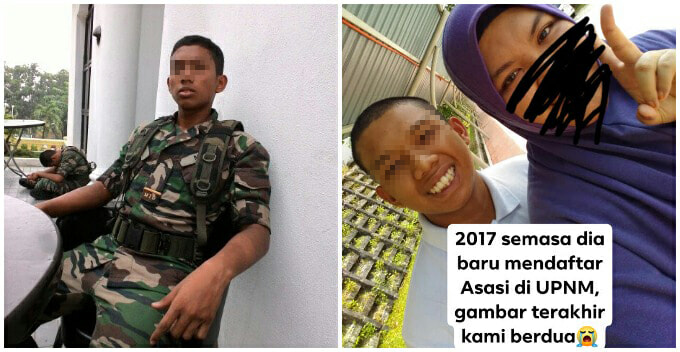 No family would not be heartbroken and grieve over the death of their children. The news of the death of UPNM cadet Zulfarhan two years ago shocked the country after the cruelty of his batchmates who tortured him with a hot iron before his death came to light.

However, it seems that the dark cloud hanging over UPNM has not yet lifted as another confession has come to light regarding another death of one of the students of the institution.

The student, Amirul Nashriq, died from drowning at the Air Terjun Chamang, Bentong, Pahang, and the circumstances have aroused suspicion among his family members.

Norzulaikha Othman, the sister of the deceased, has posted multiple Facebook posts concerning her family’s suspicions regarding Amirul’s death. The family was told that Amirul’s death was due to drowning, however, her instincts told her otherwise as the younger brother had shared some photos to his family beforehand.

Amirul had once sent photos of bruises on his sternum and chest in general after being hit by 3 of his seniors but kept silent as he did not want to worry his family. It was said that his other friend had also received some blows from the same seniors in the same room. The friend then was admitted to the emergency ward at a hospital due to serious bruises and had difficulty in breathing, and soon returned to his home.

He was advised by his family to report to the officers there if his condition worsens. His father had also sent some money for Amirul to return home for a medical check-up. Who would’ve thought that the final words that Norzulaikha’s family would receive from Amirul were, “Thank you, dad” for the banked-in money before receiving the news of his passing. 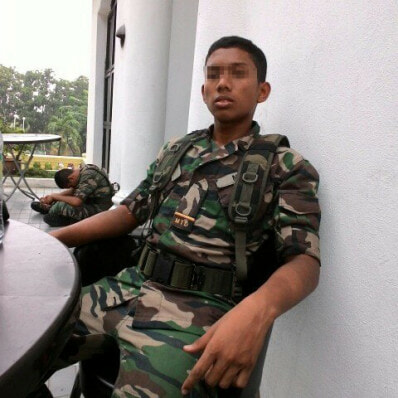 The next day, Norzulaikha’s family received a shocking call from UPNM saying that Amirul had passed away due to drowning at Air Terjun Chamang, Bentong, Pahang at 5.30 pm.

However, en route to the hospital, the family had received multiple phone calls asking them to approve a post-mortem to be done on the deceased. The request was rejected as the family had wanted to see Amirul first before proceeding with anything. Upon their arrival, Norzulaikha’s family was astonished as they found stitches on him that had already dried up. They believed that it was the result of a post mortem being done a few hours before. They were also made to sign a post-mortem form that was supposed to be signed before the procedure was done.

While the family was grieving and in a disoriented condition, Amirul’s belongings such as his Identification Card (IC) and other private items were not even returned to them as the next of kin.

A police report was lodged after the burial of Norzulaikha’s younger brother as they were dissatisfied with the way the death was handled and contradicting information surrounding Amirul’s death. 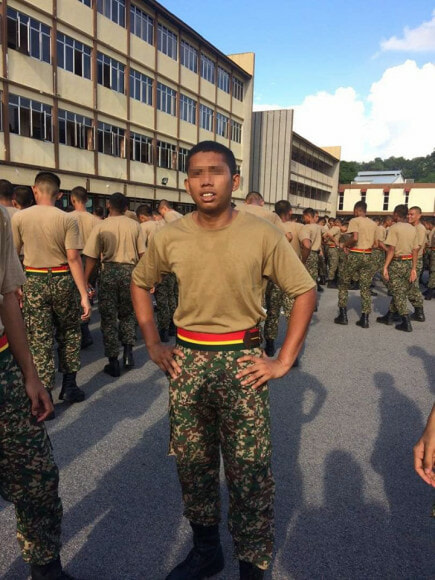 Norzulaikha had also answered some of the questions that netizens proposed. For example, the question of why did they not lodge a police report. She had replied in her Facebook post that a police report was made a day after the death of the deceased but no further actions were taken by the Cheras Police Station on handling the case. It was under the pretext that UPNM wanted to conduct their own internal investigation and would apparently expel the three senior students.

The victim’s family had already reached out to four lawyers but not one had taken the case due to the high risk and lack of proofs.

It was also stated that Amirul’s friend, who was one of the victims of those seniors, is still studying at UPNM. Unfortunately, they weren’t able to get in touch with the friend and his family members.

Our deepest condolences and prayers to the victim’s family. We truly hope that the truth and justice will be brought to light for the death of Amirul Nashriq. 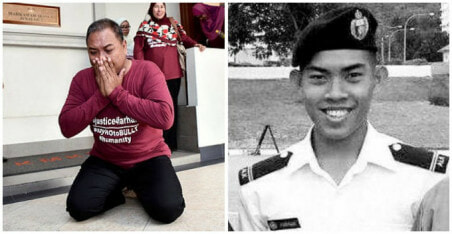