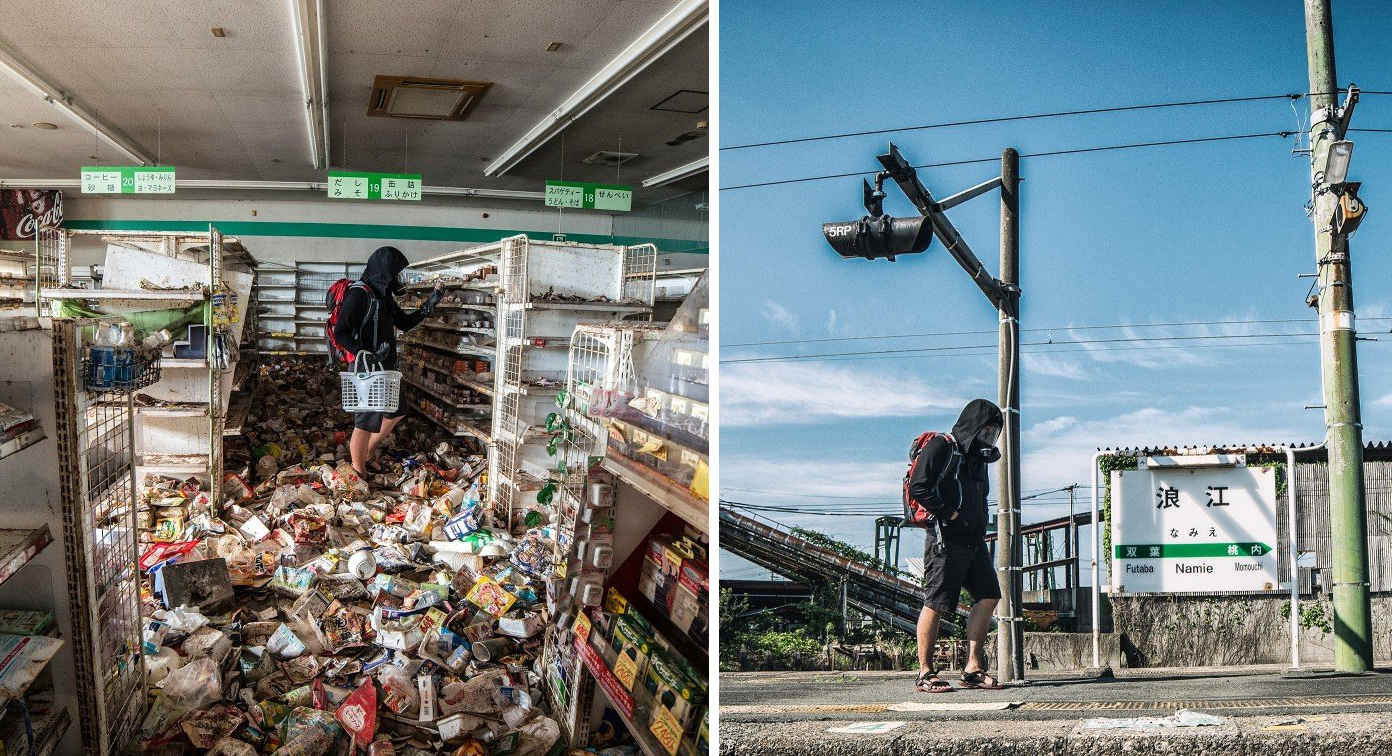 It’s been more than five years after the devastating tsunami and the 8.9 magnitude earthquake swallowed north-eastern Japan, leaving in it’s wake an explosion from the nuclear power plant in Fukushima and a deserted town that was quickly abandoned.

Since April 22, 2011, an area within 20km of the Fukushima Daiichi Nuclear Power plant has been cordoned off from the public, and is listed as the red exclusion zone.

However, daring Malaysian photographer Keow Wee Loong sneaked into the exclusion zone to capture these eerie images of a forgotten town. 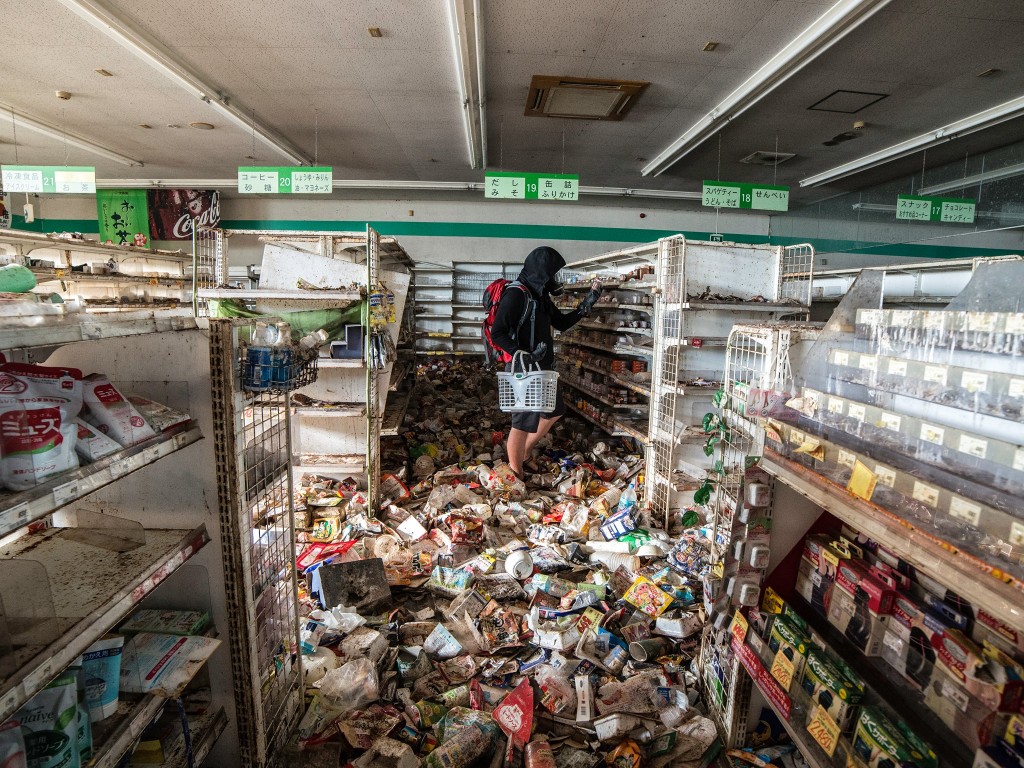 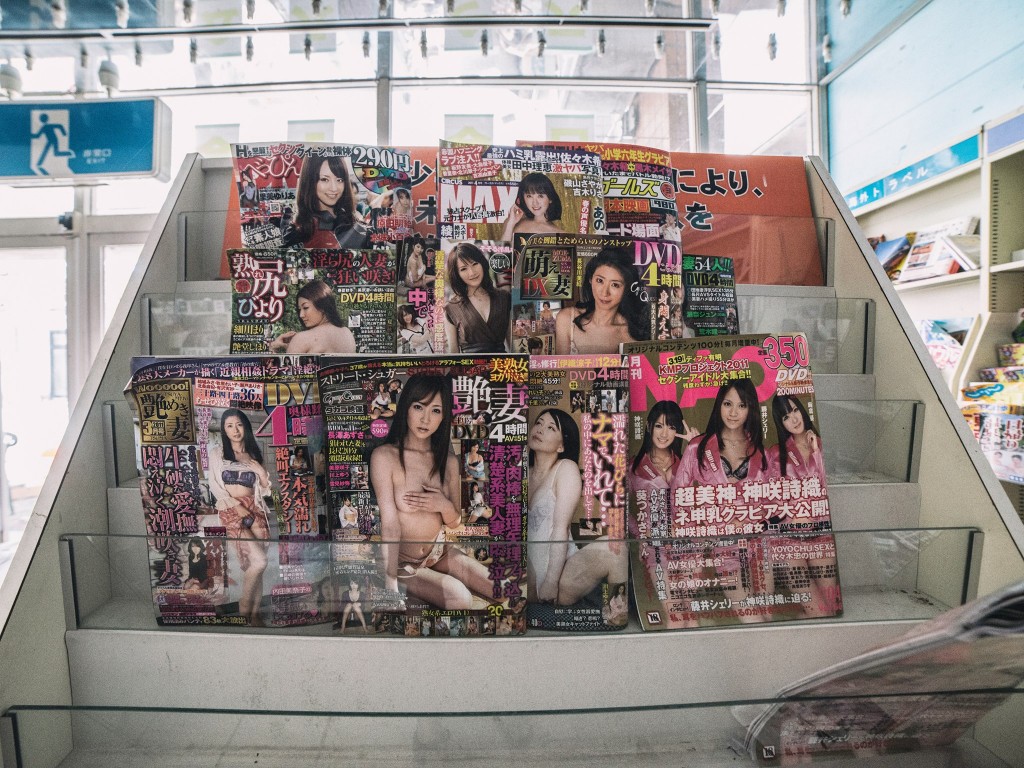 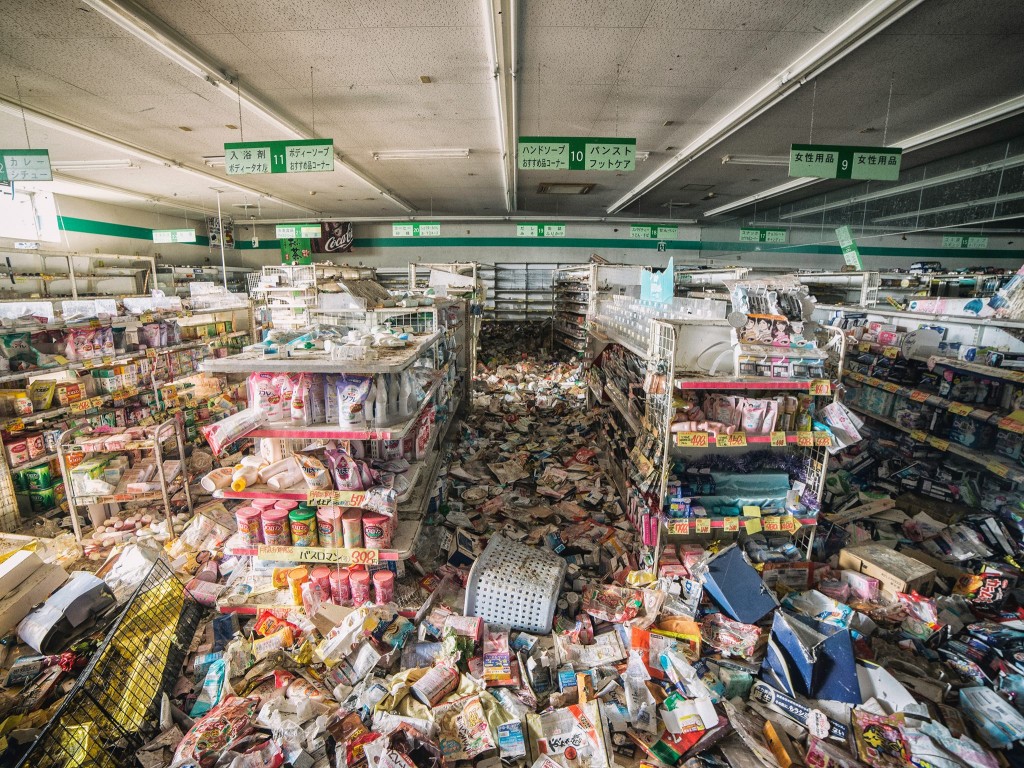 Donning no other protective clothing other than a gas mask, Loong, 27, visited four of the evacuated towns in Fukushima – Tomioka, Okuma, Namie and Futaba – in June this year along with friends Sherena Ng and Koji Hori.

These inhabitants of these towns fled the scene when a 50ft wave swamped the sea wall at the nuclear power plant, sparking equipment failure and allowing radioactive materials to escape.

It’s the worst nuclear disaster since Chernobyl, and the towns have been untouched by humanity ever since. 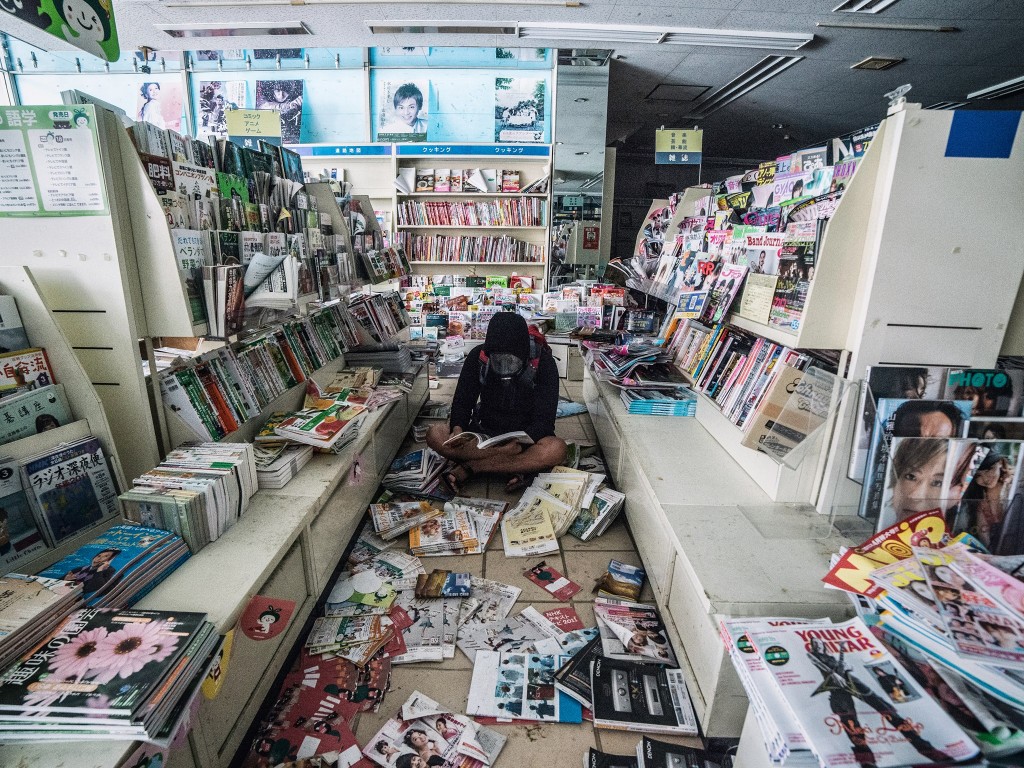 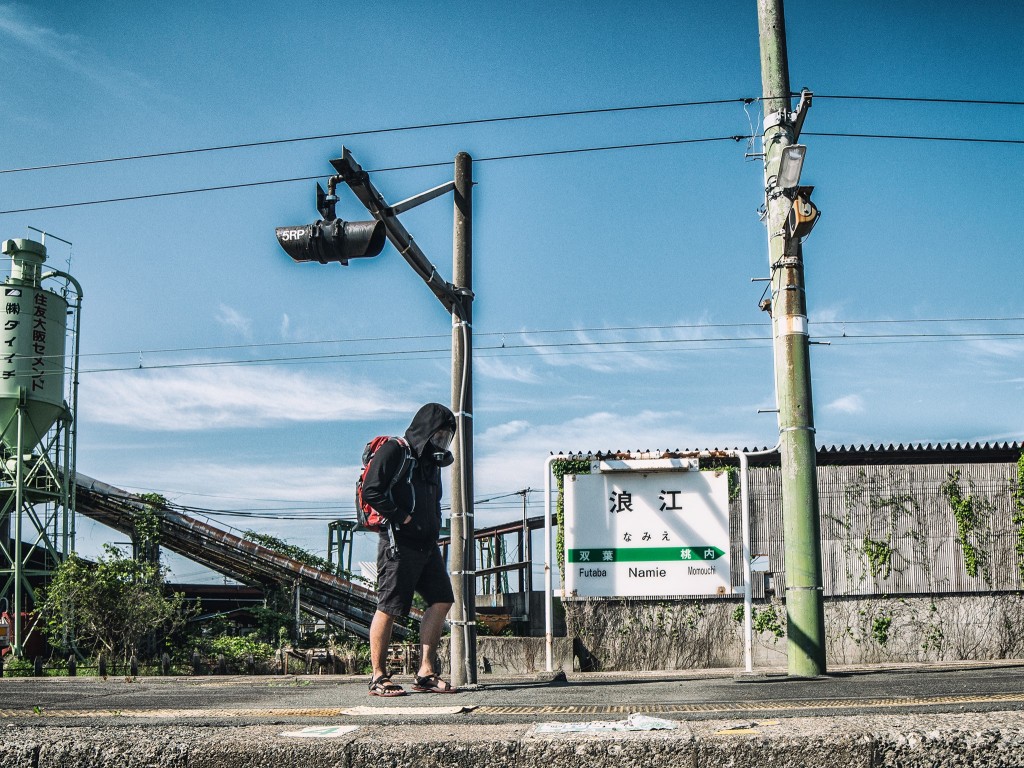 Loong’s images give an eerie glimpse into the panic that ensued after the disaster – calendars stuck on the same date, clean washing partially-removed from dryers and newspapers for March 11, 2011, forever remaining unsold.

‘The residents of these three towns in the red exclusion zone left so quickly they didn’t even pack or take anything valuable with them. 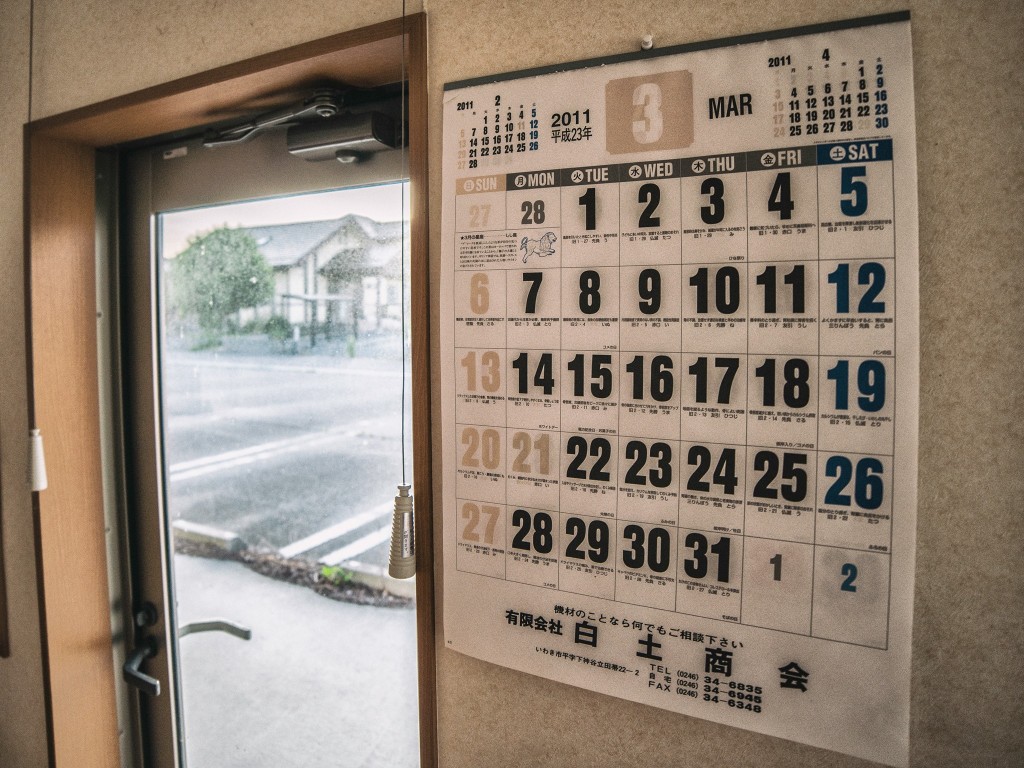 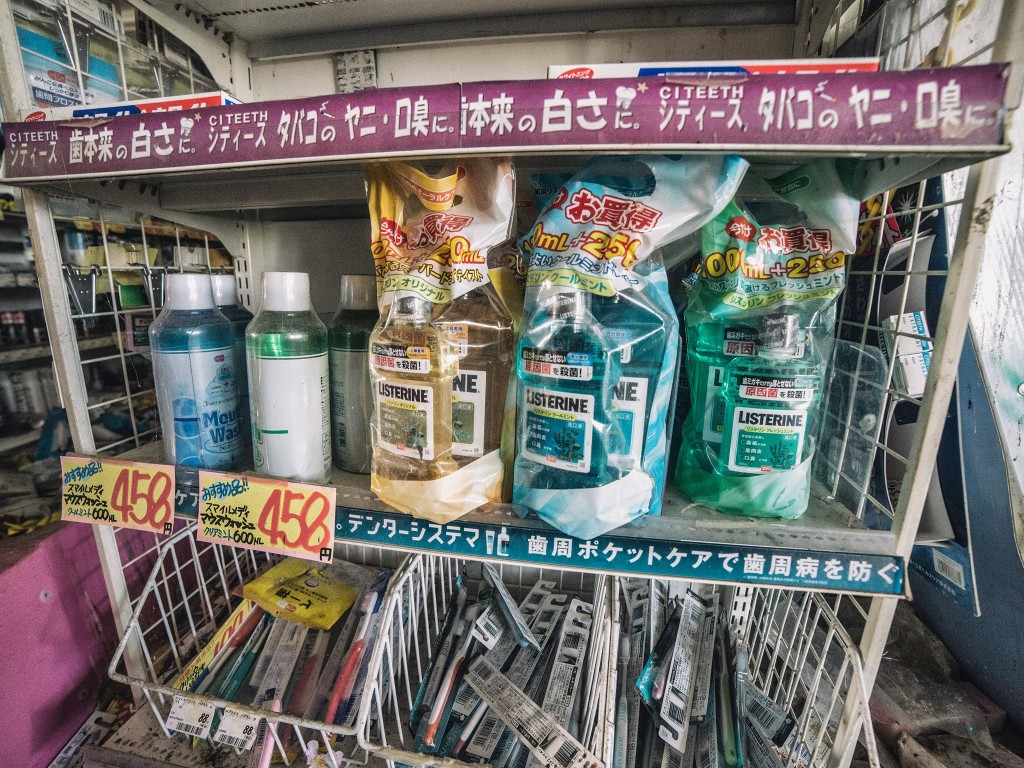 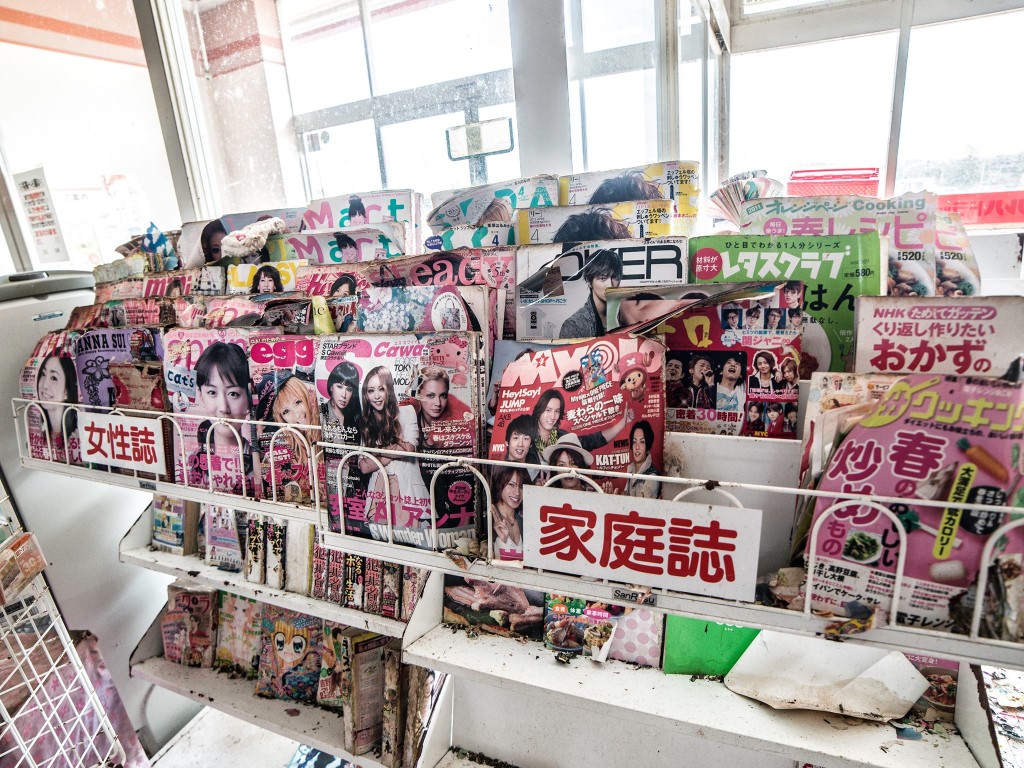 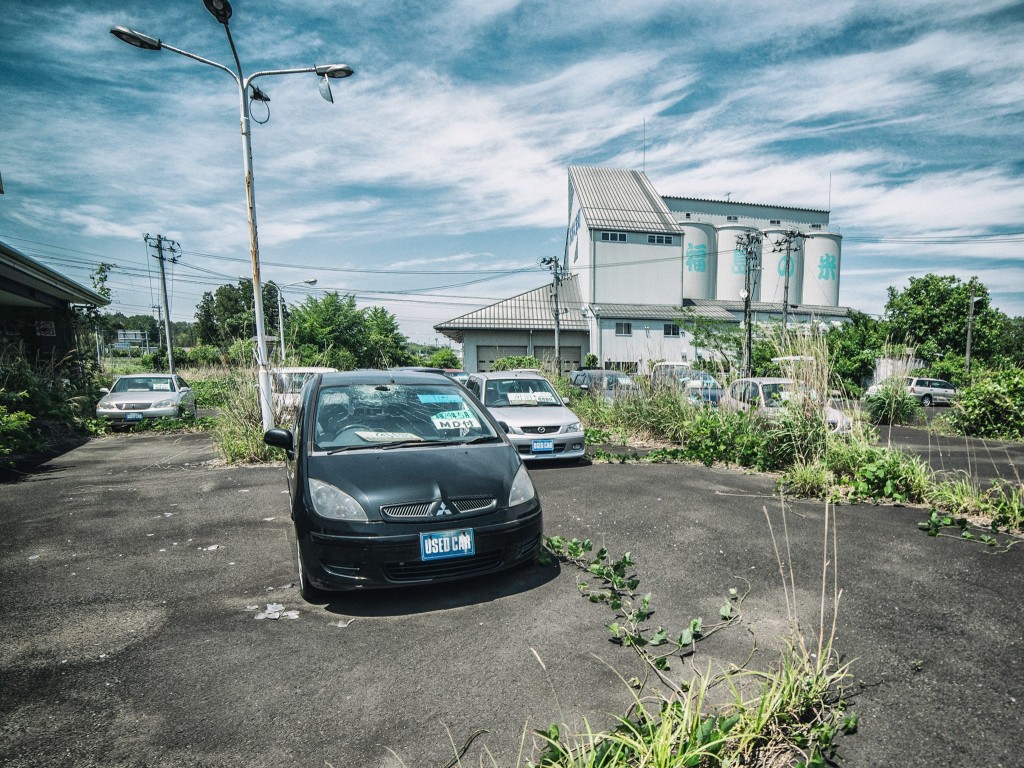 ‘If you visit any boutique or shopping mall in these towns, you will see the merchandise exactly where it was since 2011, nothing has been changed or moved.’

Loong added: ‘I even found money laying around the pachinko parlour, books dating back to 2011, gold and other valuables all still in place. 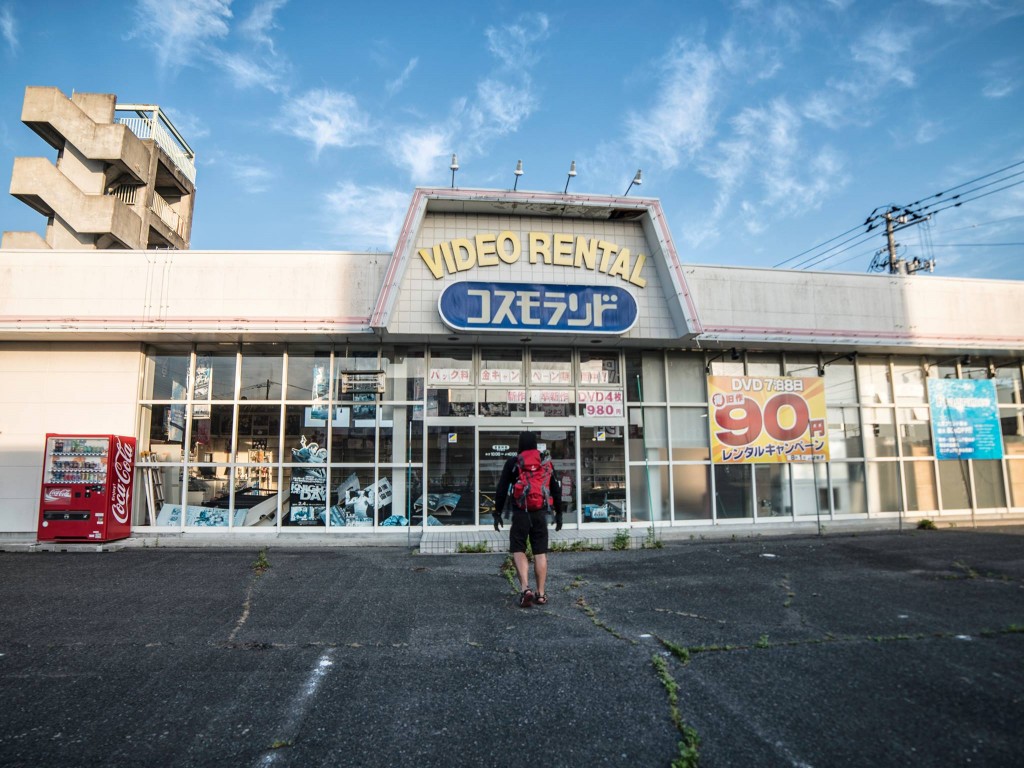 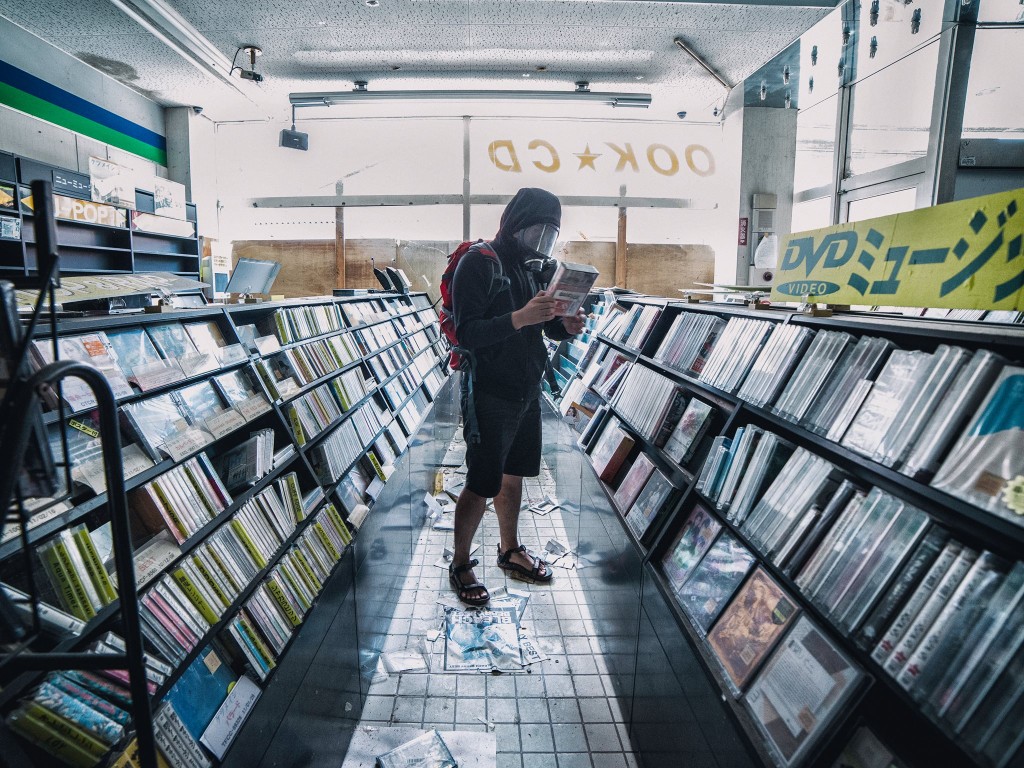 Due to the high levels of radiation, the trio only had a limited time to explore all four towns.

‘The radiation level in the red zone could go as high as 4.8mSv – 6.5 mSv according to the reading on the electronic signboard on the road.

‘Upon arrival in the red zone, I could smell chemicals and felt a burning sensation in my eyes.’

The adventurous trio entered in the middle of the night to avoid police detection:

‘Due to the high level of radiation, the town was filled with police so we had a limited amount of time to explore everything in all four towns. We entered the red exclusion zone in the dark around 1am, to avoid attention from the cops.’

Loong and his band of adventurers stumbled upon empty shopping centres full of merchandise dating back to 2011. Walking amongst the ruins, Loong felt ‘like time had frozen. The mall was completely empty with no people in it but all the merchandise in place and I could explore anywhere I wanted.’ 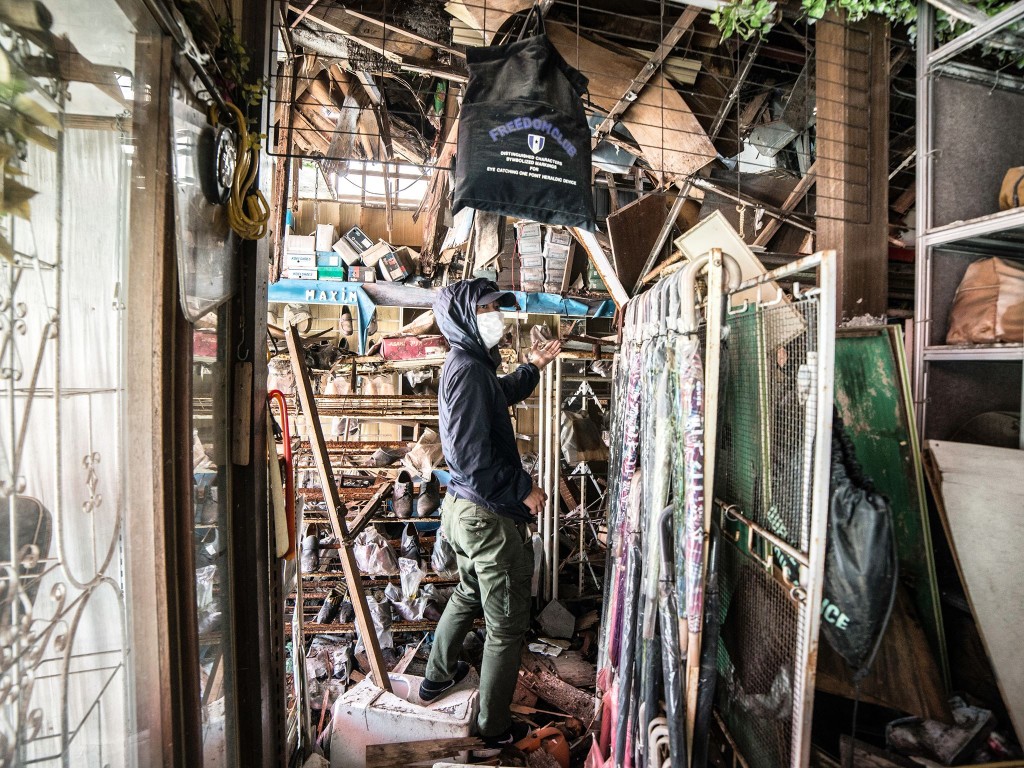 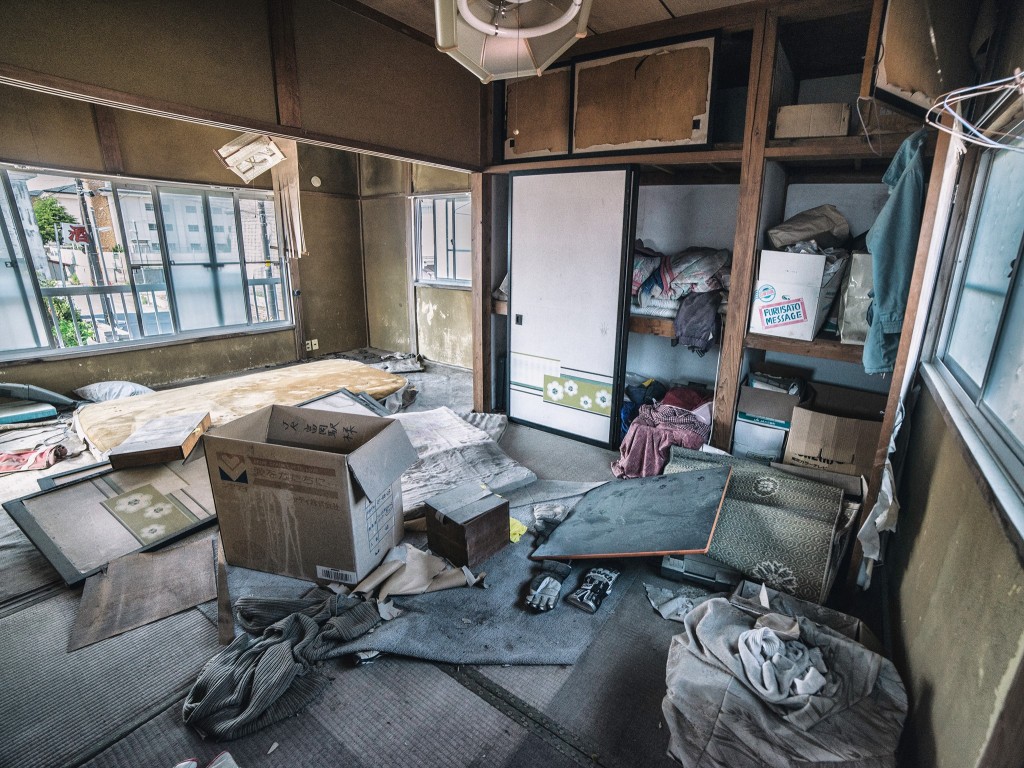 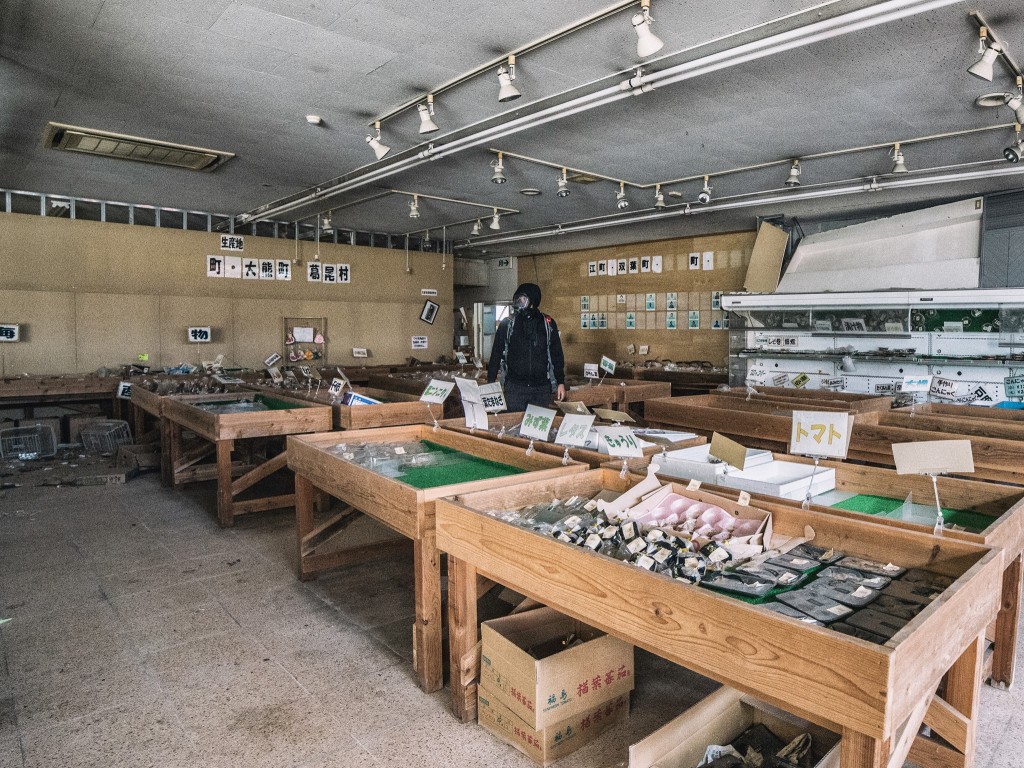 ‘This was one of the creepiest things I have ever seen, I have been to many places, but nothing like Fukushima’

‘It all reminded me of the movie I Am Legend, like stepping foot into a post-apocalyptic city.’