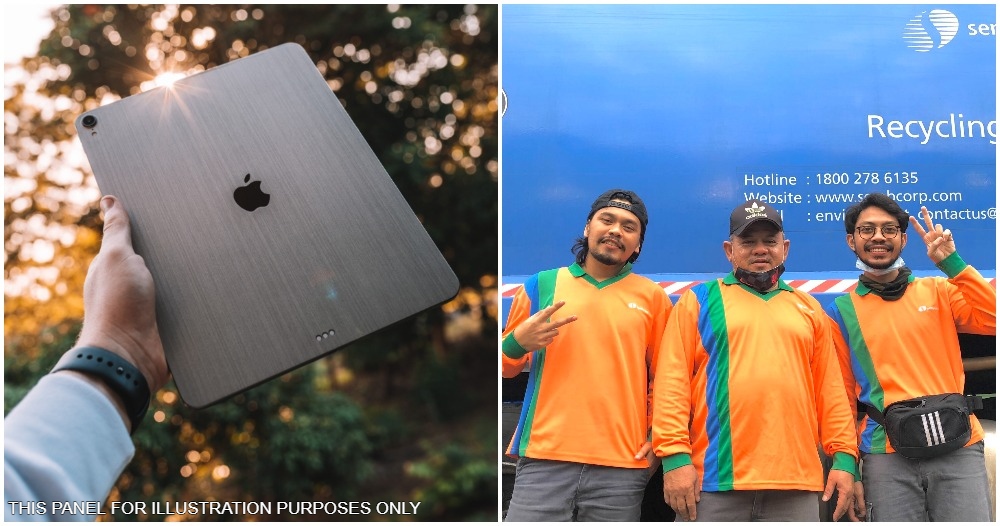 On 1 December, a Malaysian duo who were working as rubbish collectors in Singapore stumbled across a brand new iPad. After going through the iPad, the duo, Eday and Yuamirul then found out that the iPad belonged to a woman named Michelle Lim. 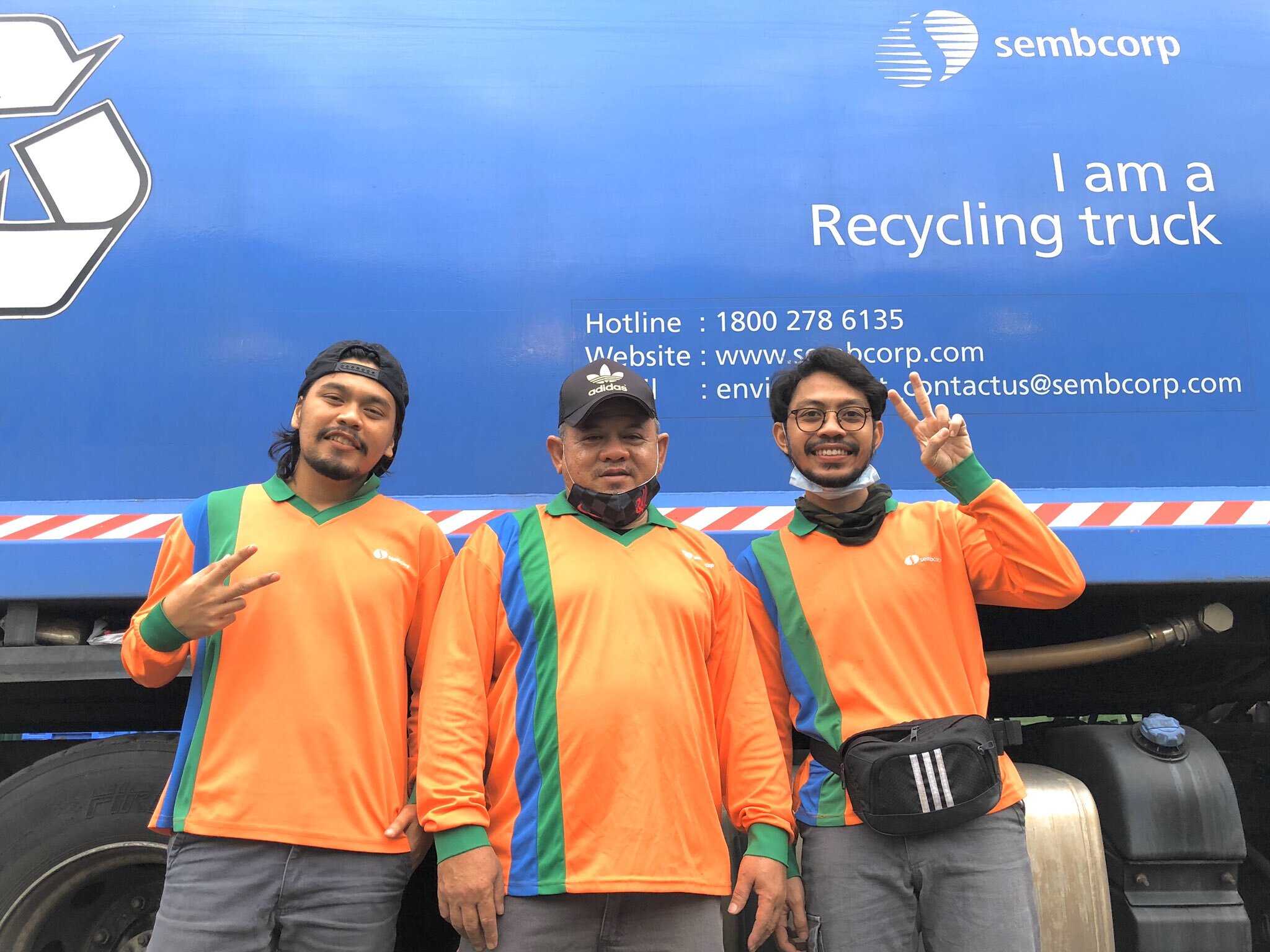 Instead of just taking the iPad, Eday decided to contact Michelle via e-mail to confirm if she did throw her iPad. Imagine Michelle’s surprise when she received this e-mail! 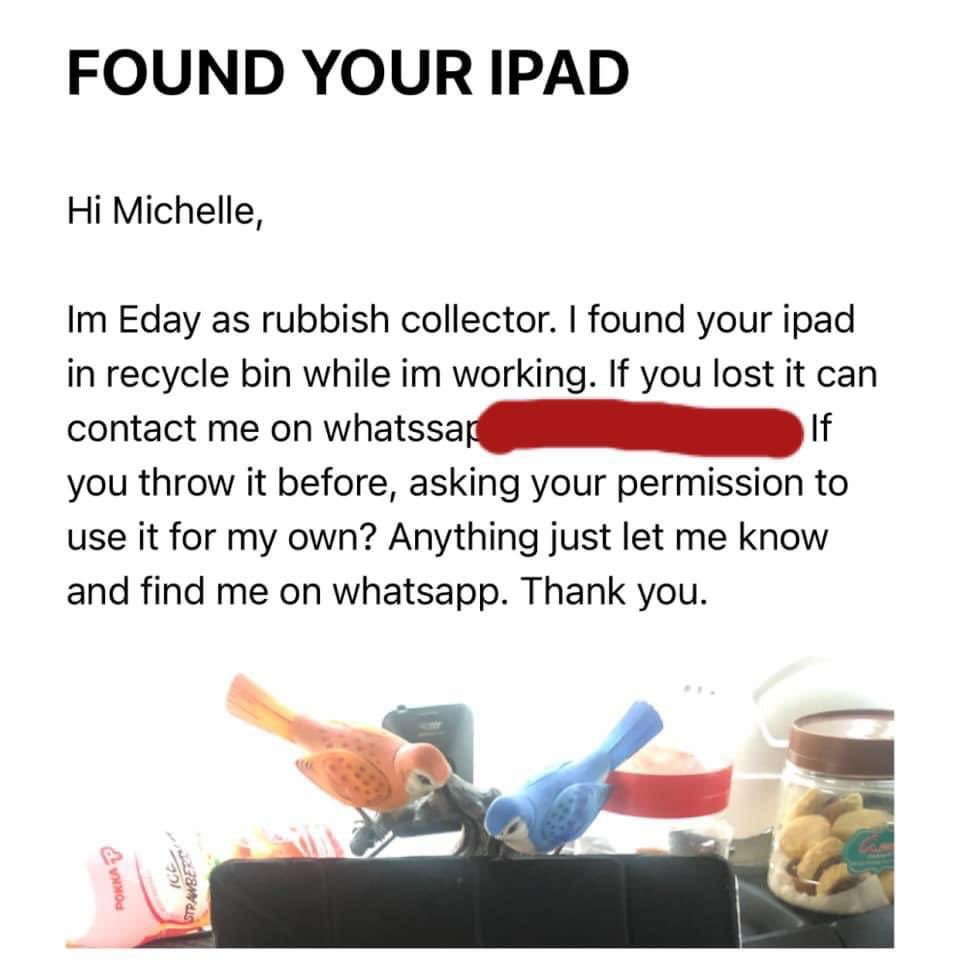 In a post that has been accidentally-deleted by Michelle, she mentioned that she had lost her iPadPro for over a year now and on 1 December, she received an email which said that someone found it!

“Shocked and surprised, I almost cried.” 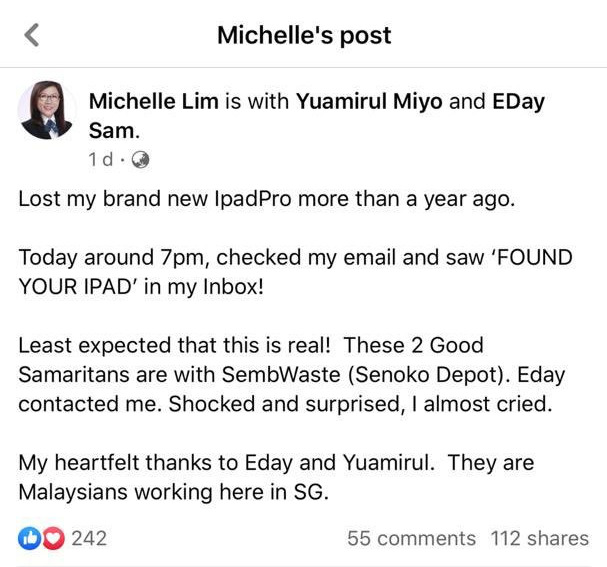 She managed to retrieve her iPad from the duo and in a new post the next day, she expressed her gratefulness by talking in detailed about them. It turns out that both Eday and Yuamirul are degree holders. In an attempt to help them, Michelle said,

“Eday and Yuamirul deserve a more fulfilling and rewarding job. They are young, hardworking and most importantly, honest and humble. These gentlemen can do something that suit their calibre.” 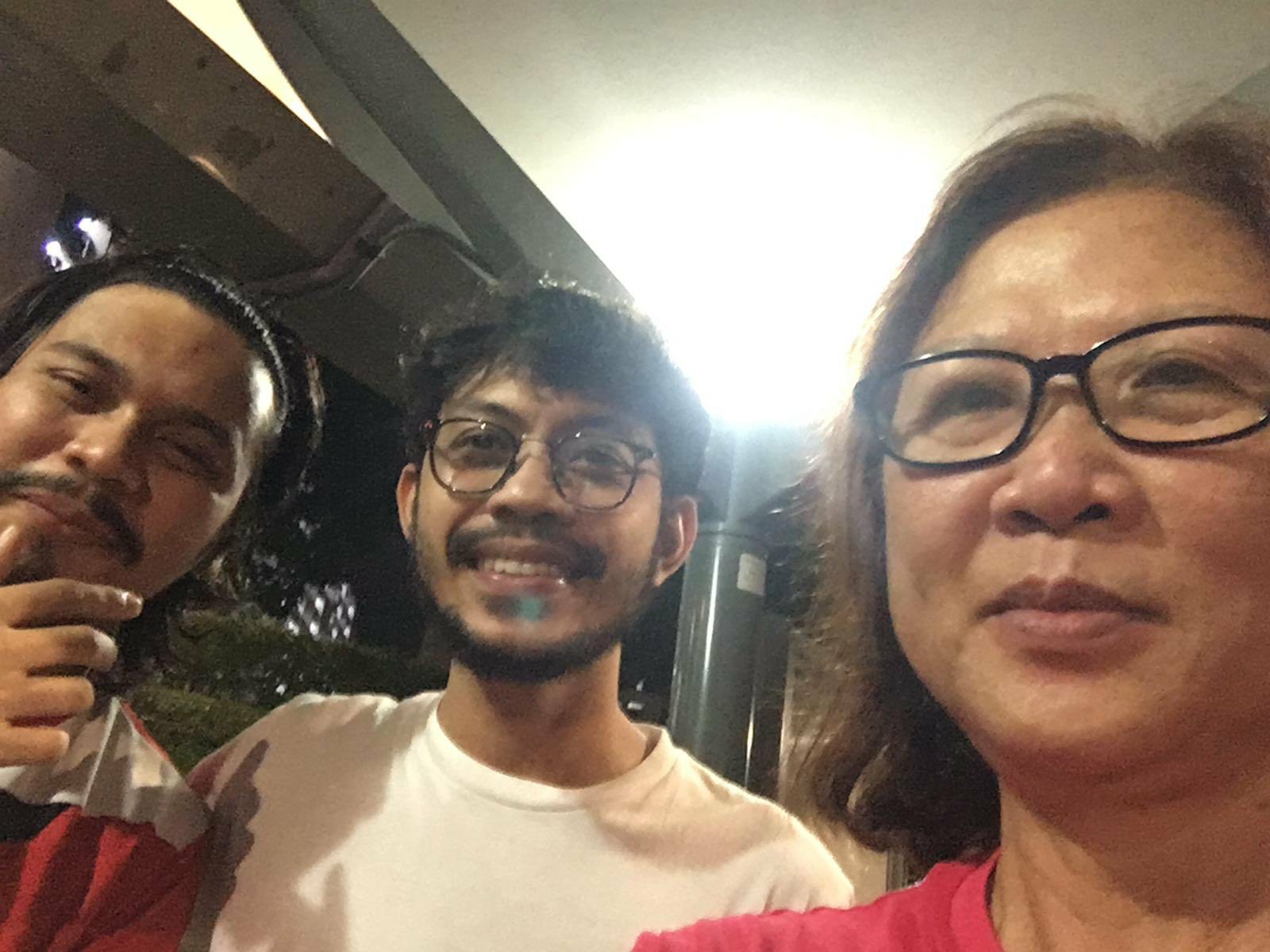 “I feel so blessed that I can show and spread kindness to people. It also feels nice that I had inspired other people.” 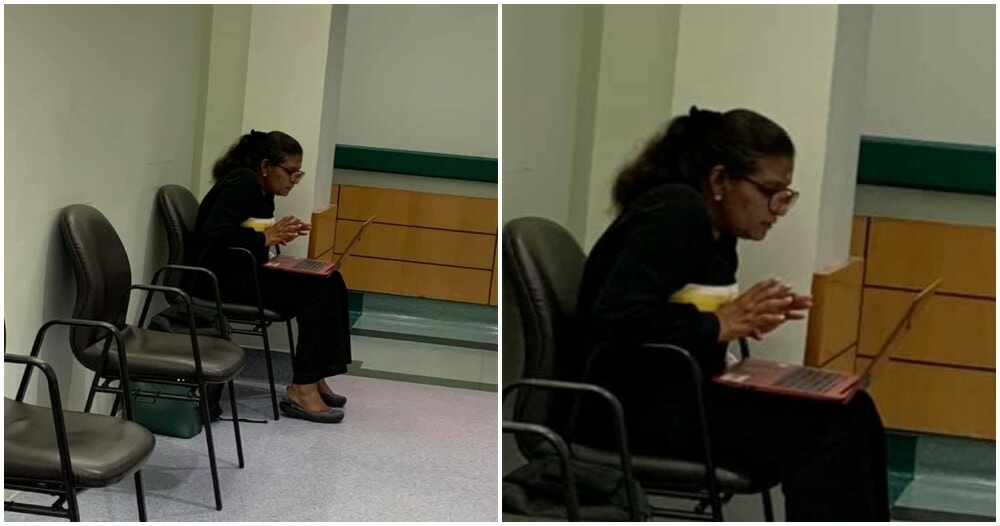