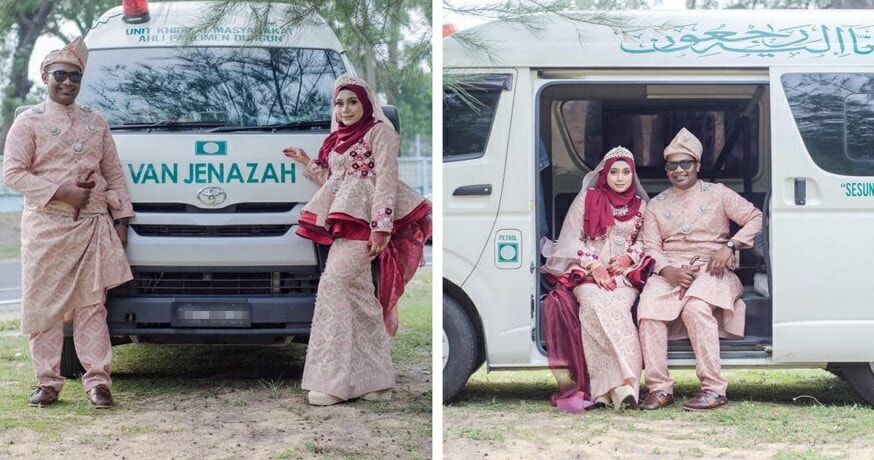 It is common for us to see couples selecting different themes and backgrounds to capture the best photos to commemorate their wedding day. Most couples choose interesting locations such as the great outdoors, unique buildings, or any colourful streets to get beautiful wedding shots.

However, this newlywed couple decided to do something a little out of the ordinary for their wedding shoot!

According to Sinar Harian, a couple in Terengganu decided to use a hearse as the background during their wedding shoot. Yes, you read that right! 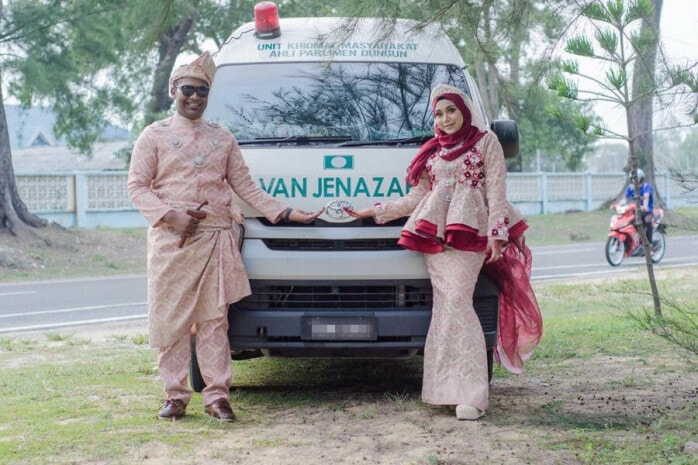 You’re probably wondering why they decided to pose with such an unrelated prop. Well, here is the reason!

In a Facebook post, the groom had actually posted pictures of the wedding with the funeral van as the backdrop of their photoshoot. It turns out that the groom is actually a funeral van driver.

The man was later identified as Mohd Humaidi Asraf Hassan, 24, while the bride is Khairunnisa Mohd Zaki, 22. 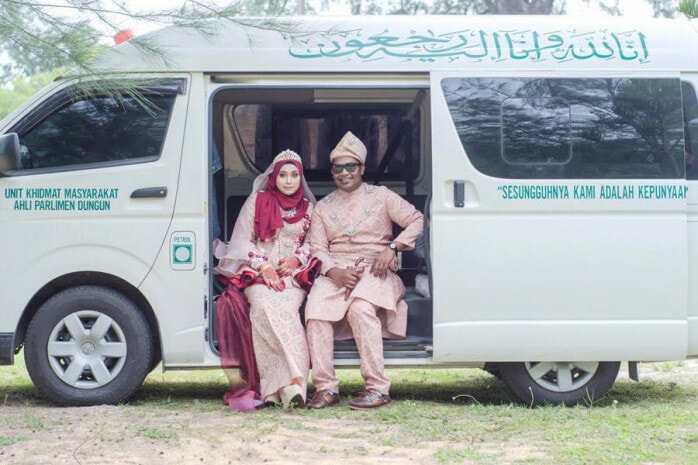 Humaidi, who resides in Alur Tembusu, Dungun, stated that it was his life-long dream to take wedding pictures with funeral vans as he had worked as a hearse driver for the past 10 years. He told the daily,

“I always wanted to take my wedding pictures with this van. While other couples may prefer wedding photos on the beach or other interesting locations, I only want to take photos with a funeral van.”

“The picture was actually taken six months ago, but the photographer just sent us the photos.”

“These photos symbolise my job. I always wanted to do this ever since I was a child, as I used to accompany my dad to work. As time passed, I eventually took over my father’s job.” 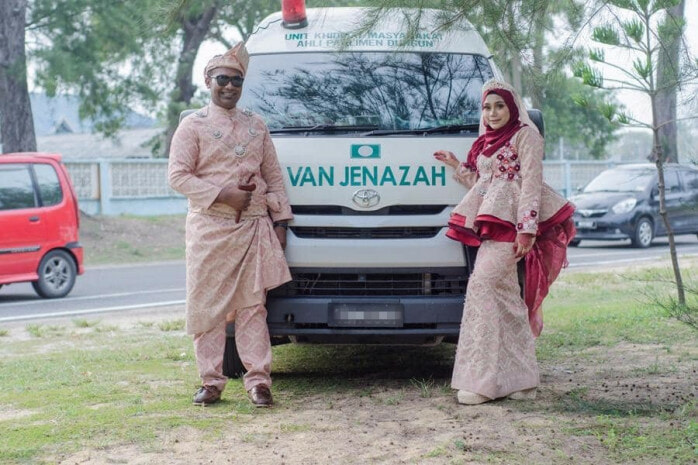 Well, we guess everyone has their own preferences and we’re glad that Humaidi got the wedding photos he always wanted. Congratulations to the couple!

What do you have to say about this? Let us know in the comments section below!

Also read: Muslim Couple in M’sia Goes Viral For Having Lion Dance & Firecrackers at Their Wedding 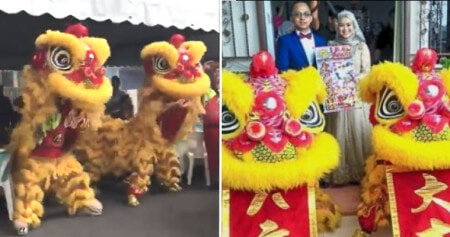