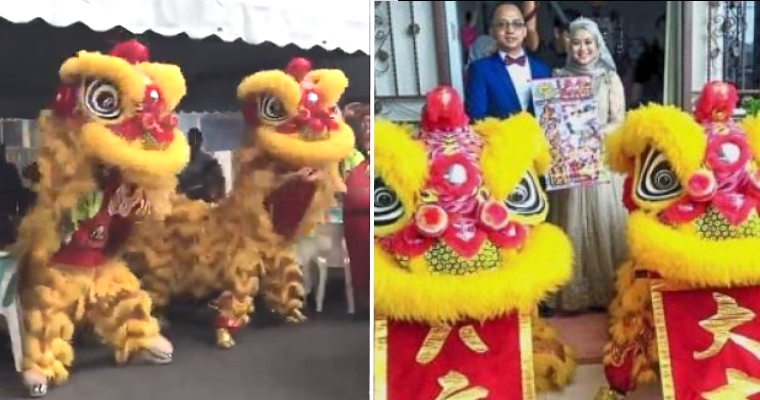 Most of us have been to Malay weddings and know the usual rituals that take place in such a happy event but this one in Kuching is really special! That’s because the newlyweds decided to have a lion dance during their traditional Malay ceremony and videos of the event have been going viral on social media.

In the video, the wedding features a lion dance performance complete with firecrackers, where a pair of lions greets the bride, Nursafarida Razali, upon her arrival to her family home.

The groom, Muhammad Afif Ahmad Bihar, helps her out of the car to the energetic beat of drums and cymbals as a string of firecrackers is lit to announce the couple. The awestruck attendees can be seen watching the spectacle, taking videos and pictures. 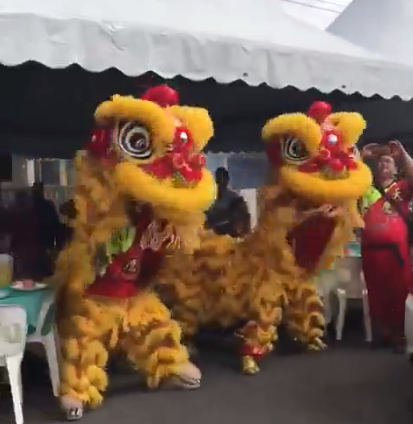 Clad in bold shades of red and yellow, the lions dance jovially to honour the newlyweds. Their performance is a flurry of sound and movement as they shake their striking manes while escorting the couple towards the house.

Nursafarida, who has a Chinese grandmother, said she had always wanted a lion dance performance at her wedding ever since she was a teenager, The Star reported. 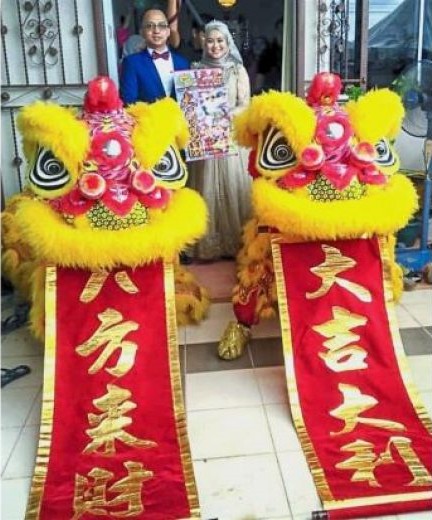 “I told my mum I wanted to have a lion dance for my wedding to celebrate my Chinese heritage. It felt like a dream come true to see the lion dance performance,” she told The Star.

The happy bride said her husband’s family didn’t mind the lion dance, knowing her Chinese roots. She revealed that her family still keeps certain Chinese cultural customs. “Every year we have a reunion dinner on the eve of Chinese New Year,” she said.

Lion dances are traditionally performed in Chinese culture to welcome an auspicious start to any momentous events such as Chinese New Year, shop openings and several other similar events.

When performed at weddings, they represent a blessing upon the newlyweds for a blissful marriage, presenting symbolic gifts like oranges and bamboo to represent prosperity and fertility. At the end of the dance, the lions present scrolls with messages welcoming things like fortune, luck, and good health.

We’d like to wish the lovely couple Gong Xi Fa Cai and loving marriage. For the rest of our readers, what’s the most interesting wedding you’ve seen? Let us know in the comments! 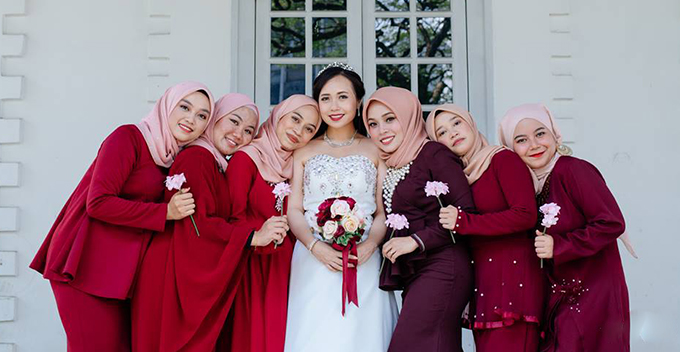