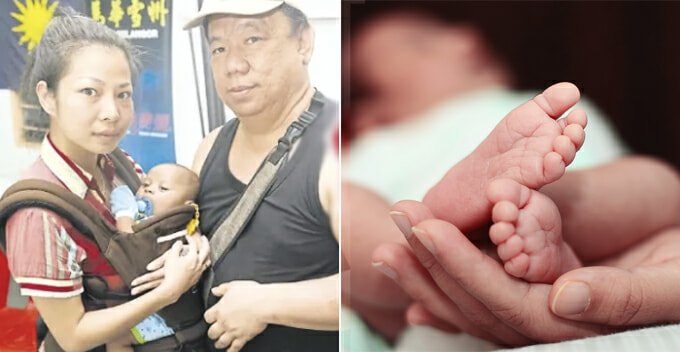 Abandoned babies could end up with a tragic fate if they are deserted at secluded spots by their irresponsible parents, and sometimes it’s too late by the time they are found. However, things were a bit different for this lucky baby.

Earlier this month, a 45-year-old man named Wong, who was on his way to open his furniture factory shockingly discovered a baby boy laying on the doorstep. Together with his Vietnamese wife, they waited for several hours with the baby in case somebody came forward to claim him, but nobody showed up.

Despite being married for 14 years, they weren’t gifted with any child. So when this abandoned baby showed up at their doorstep, the loving couple saw him as a blessing and decided to adopt him through legal procedure.

They’ve also held a press conference at MCA Puchong branch yesterday to seek clarification from the biological parents on whether they still want the baby. If not, Wong and his 37-year-old wife will proceed with the procedure to legally adopt the baby.

The couple also reportedly said that they believe the baby’s biological parents are foreign workers, who probably could not afford to care for their baby and hence, left him abandoned. Under the attentive care of the couple, the baby’s weight quickly rose from 3kg to 6kg in just three weeks! 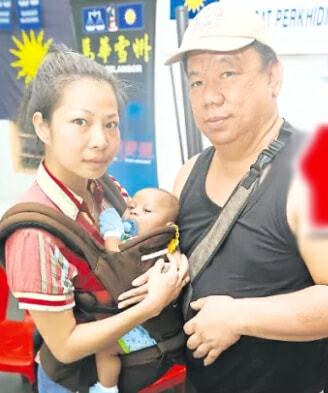 In the meantime, the adopting procedure is already underway and the couple has already thought of a name for the baby! They hope that under their care, the baby will grow up healthy and happy.

Their noble deed has earned a lot of praises from netizens after the news got picked up by local media portals.

“The couple has found themselves a ‘treasure’. Hopefully the baby can grow up and be a filial son,” a netizen said.

“Please make sure the adoptive procedure is done accordingly so that the baby can receive education and get himself an I.C. when he’s old enough,” another netizen commented.

This couple certainly has a heart of gold, and we wish the family nothing but abundance of happiness.

Also read: Girl Requests a Grab Ride, Driver Turns Out to be Long-Lost Father of 10 Years 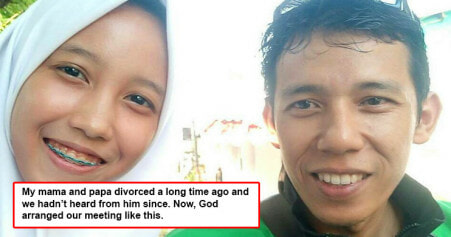