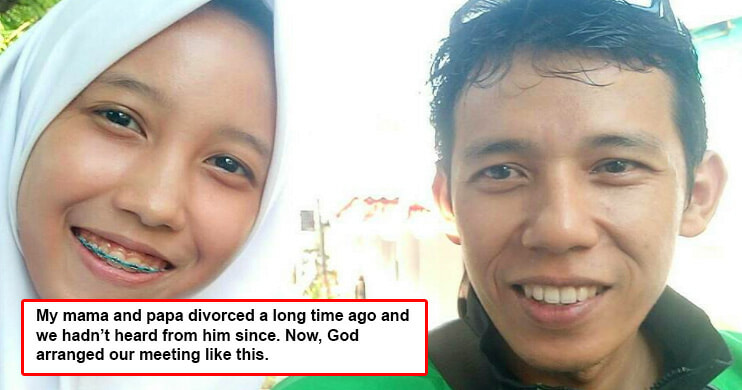 Who would have thought a ride-sharing app would reunite long-lost family members?

According to Coconuts, a young schoolgirl had the surprise of her life when she requested a GrabBike to go home from school a few days ago. The 17-year-old named Salma Zuhara is from Central Java, Indonesia and typically uses the ride-sharing app to get home from school.

What made things different this time was that the driver who accepted her ride request turned out to be her father whom she hasn’t seen in 10 years! 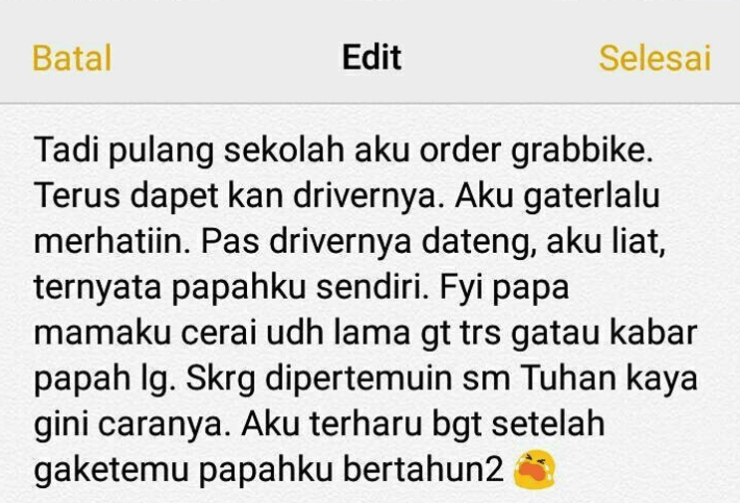 “I went home from school and ordered a GrabBike. I then got a driver. I wasn’t paying attention at first. When the driver arrived, I looked at him, it turned out he was my papa.”

“For your information, my mama and papa divorced a long time ago and we hadn’t heard from him since. Now, God arranged our meeting like this. I’m so moved after not seeing my papa for years.”

Her story soon went viral online, touching everyone’s hearts. Salma said she has been living with her siblings and mother since her parents’ divorce 10 years ago. She explained that she did not know where her father was the whole time, saying,

“We didn’t know because as far as I know he moved around a lot. That’s why I was shocked to see him the other day.” 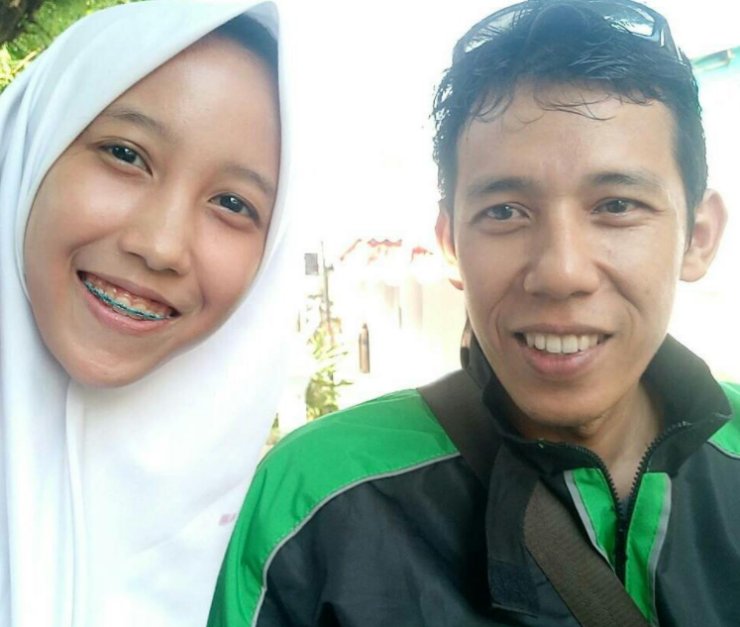 Of course, her unexpected encounter made her feel a mix of emotions.

“I’m feeling sad, happy, awkward. I can’t really explain it,” she said, adding that throughout the ride, they did not talk much because things felt a little awkward after so long. They did however, engage in some small talk about her school.

When they reached her destination, Salma’s father gave her his number so they can finally keep in touch. Looks like they have 10 years worth of catching up to do!