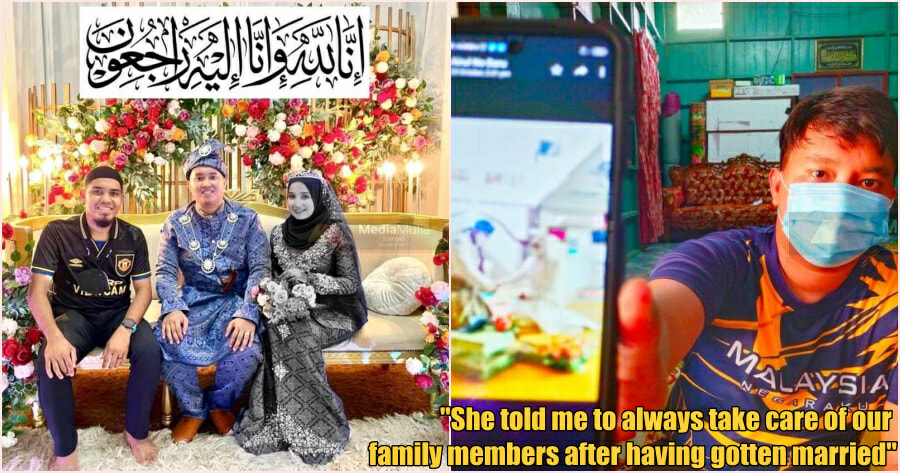 A day after being married, a road transport officer has died due to a stroke after complaining about having a headache.

As reported by Sinar Harian, the last words uttered by Siti Saraf Ismail, 25, was “Abang … we are married,” to her husband, Mohamad Amirul Akmal Mohd Aziz, 25 before passing away on Sunday (24 October).

Their marriage only lasted for a short while as Siti Saraf, who is a staff of the Putrajaya Road Transport Department (JPJ), passed away in less than 24 hours after officially becoming the wife of Mohamad Amirul.

Mohamed Amirul said,  “My wife woke me up to let me know of her headache. After that, she slept again until morning.”

She seemed to be all right the next day but stayed in bed, still asleep. Not long afterwards, their family was shocked to see that she had trouble breathing.

“I immediately called an ambulance as my wife needed oxygen and it arrived at noon. However, she was confirmed dead at 12.30pm at the Universiti Sains Malaysia Hospital.”

Mohamad Amirul Akmal, who works as a medical assistant, said that the autopsy results performed at the Raja Perempuan Zainab II Hospital (HRPZ II) confirmed that the deceased died due to bleeding in the right brain. 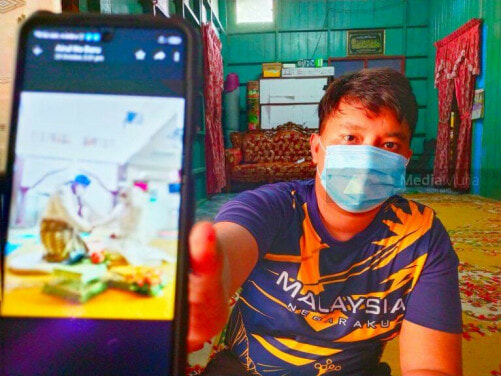 He stated that the deceased was safely buried at the Kampung Karang Islamic Cemetery on Sunday.

“She told me to always take care of our family members after having gotten married,” he added.

The couple’s sad story spread on social media when it was shared by netizens who had left prayers for the deceased and words of encouragement towards Mohamad Amirul.

“I pray that Mohamad Amirul and his family remains strong in facing this test. May her soul be showered with grace,” he added.

We offer our condolences and prayers to Mohamad Amirul and his family.

Also read: 6yo Girl Falls To Death From 9th Floor of Hotel In Penang 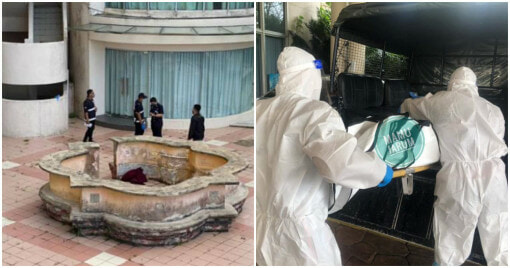