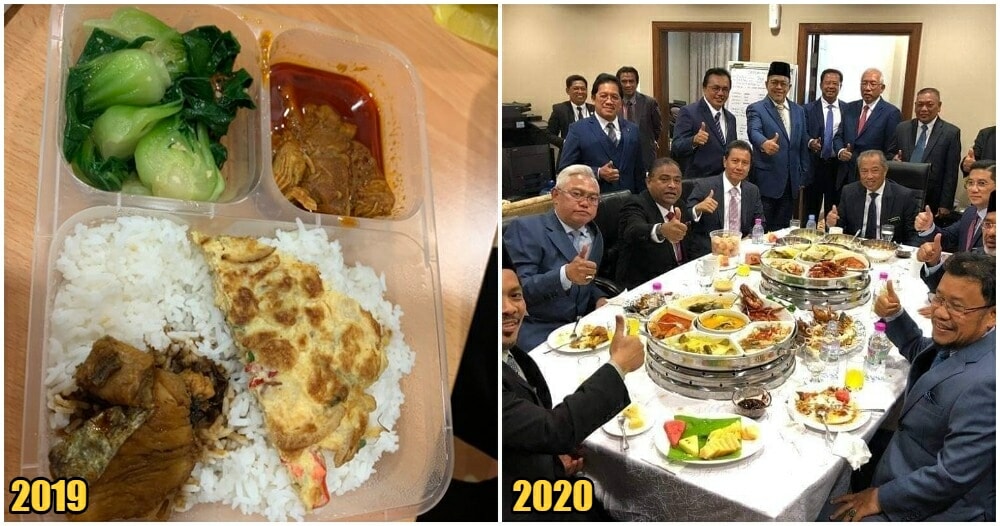 At this time, we’ve probably all heard of the “RM10K lobster issue“. If you don’t, here’s a quick recap.

According to the Batu MP, the provision should instead be used to help those who are struggling amidst the Covid-19 pandemic. 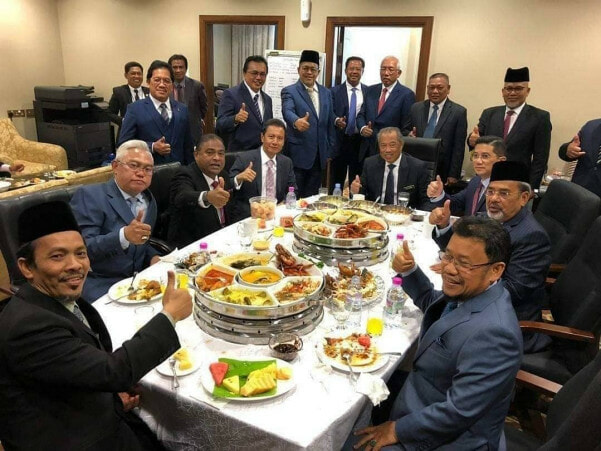 The MP continued to question the need for such a luxurious feast to be held when there is a cafeteria that is prepared in the Parliament so MPs can eat and drink as they please.

In response to this, social media users have spoken up and shared their experiences with the previous PH-led government.

One of them is lawyer Samantha Chong. In a Twitter thread, she shares one of the many packed lunched that the MPs received in a briefing back in 2019.

Samantha has also told WORLD OF BUZZ that the MP’s have a lunch break of 1 hour and 30 minutes between parliament sittings where they will go and attend briefings. That’s why the briefings will always have packed lunches. However, if the MP’s do not like the packed lunch then they can go to the MP’s Lounge to buy their own food. 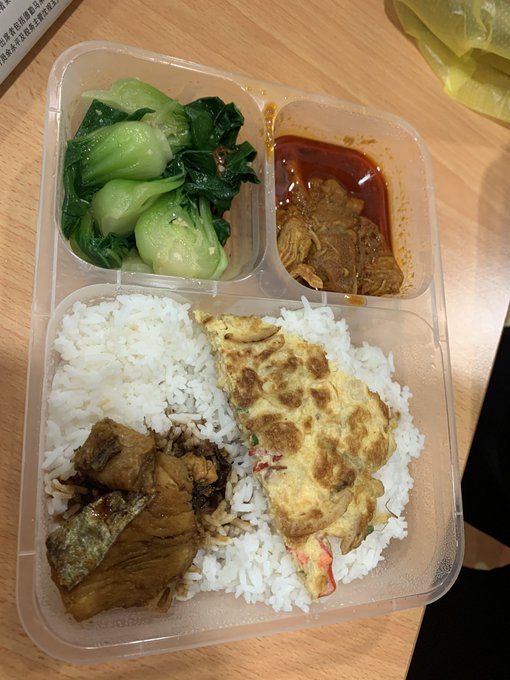 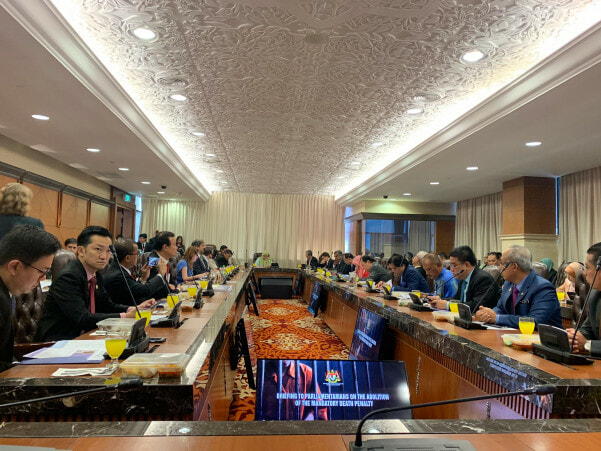 In the picture, we can clearly see the modest lunchbox which contains some vegetables, meat, fish and omelette on top of a bed of rice. This packed lunch was given out during the briefing to parliamentarians on the abolition of the mandatory death penalty on 7 Nov 2019.

Another instance of a packed lunch was seen on 16 July 2019 for the suggestion of a sexual harassment act for parliament members.

What are the netizens saying?

Netizens, of course, had a lot to say on that thread. Some of them were questioning the RM2,000 wagyu issue but that has since been proven false by this article on Mstar.

Others said that packed lunches are the way to go as it doesn’t cost as much as luxurious lunches in expensive restaurants.

One netizen said that the packed lunches shown by Samantha is not a valid point as it is a briefing but not an event. To rebuke that point, Samantha brought up an event back in 2019 with an almost similar menu, the only difference was the addition of a red velvet cake. 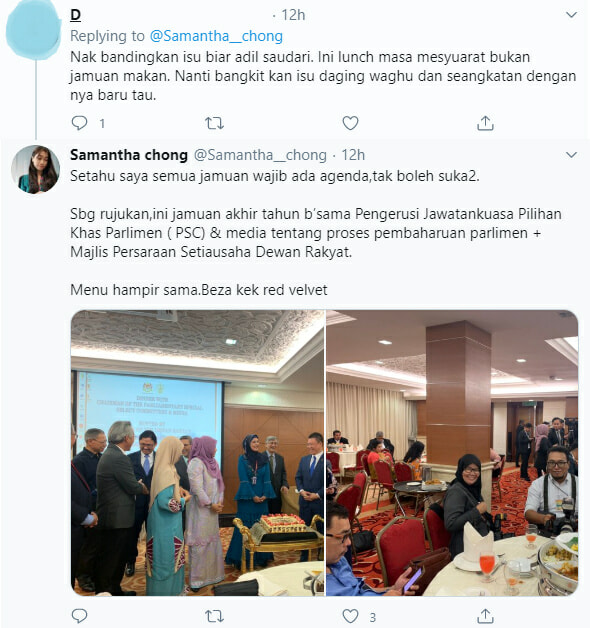 Another netizen brought up that somehow Syed Saddiq eating his packed lunch in the parliament was not okay but somehow lobster lunches are okay.

What do you think about this issue? Let us know in the comments.