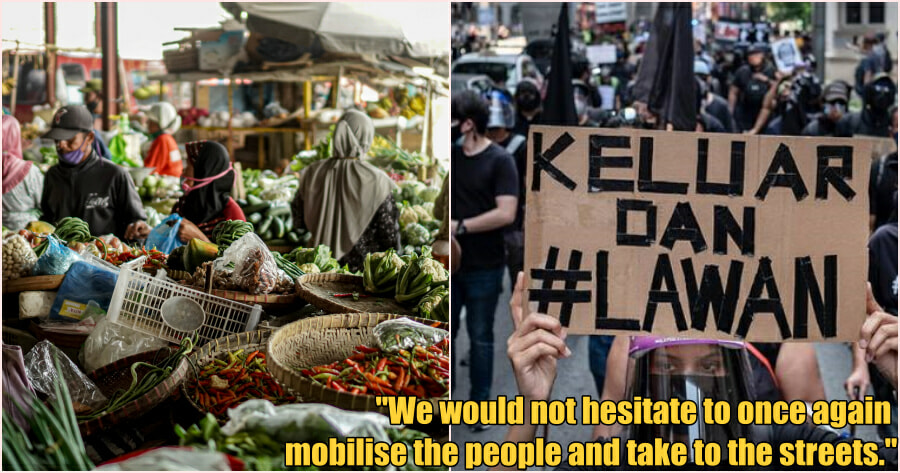 The country has recently been hit with wave after wave of price hikes as there is apparently a shortage of raw materials and workers as well as rising transport costs.

This hike has impacted the prices of everyday grocery needs such as vegetables and even chicken.

In light of this, an activist group has issued a warning to the government to stabilise the prices ASAP otherwise they will organise a mass protest.

Sekretariat Solidariti Rakyat (SSR) expressed their concern via a statement.

“The political, health and economic crisis have resulted in the rakyat struggling with life.”

“As the rakyat are faced with difficulties, the games played by politicians goes to show that they are not prioritising the rakyat.”

“People have lost their jobs, children are facing difficulties with distant learning, the Covid-19 infectivity rate has not decreased and families are still separated, yet politicians are busy distributing properties and creating positions among themselves.” 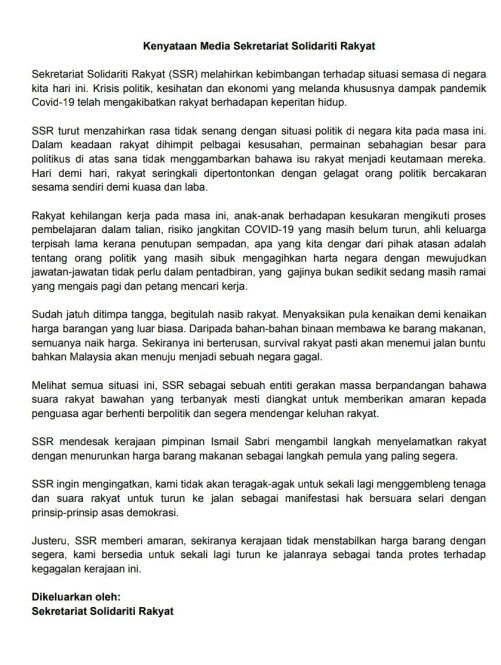 The statement also expresses that the people are facing extraordinary hike after hike of food prices.

“From building materials to food items, everything has risen in price. If this were to continue, the survival of the rakyat will meet a dead end and Malaysia will go on to becoming a failed state.”

“SSR believes that the voice of the people must be amplified to issue a warning to those in power to stop politicking and immediately listen to the woes of the people.”

“We urge the government led by Prime Minister Datuk Seri Ismail Sabri Yaakob to take urgent measures to save the people by lowering the price of food items.” 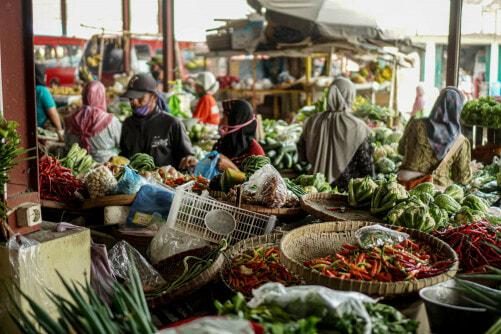 “SSR would not hesitate to once again mobilise the people and take to the streets as a manifestation of our freedom of expression in parallel with the basic principles of democracy.”

“We have given a warning that if the government were to not stabilise the prices immediately, we are ready to once again, take to the streets as a sign of protest on the failure of the current government.”

SSR which is the group famously known for its black flag symbol, had previously organised the #Lawan rally which gathered more than 2,000 protesters in Dataran Merdeka.

Do you think that a protest is necessary? Let us know in the comments.

Also read: Price of Drinks at Kopitiams Will Increase Up To 60 sen Starting Jan 2022 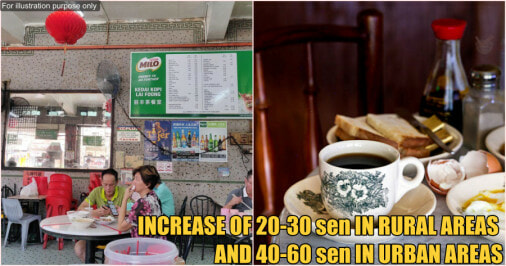