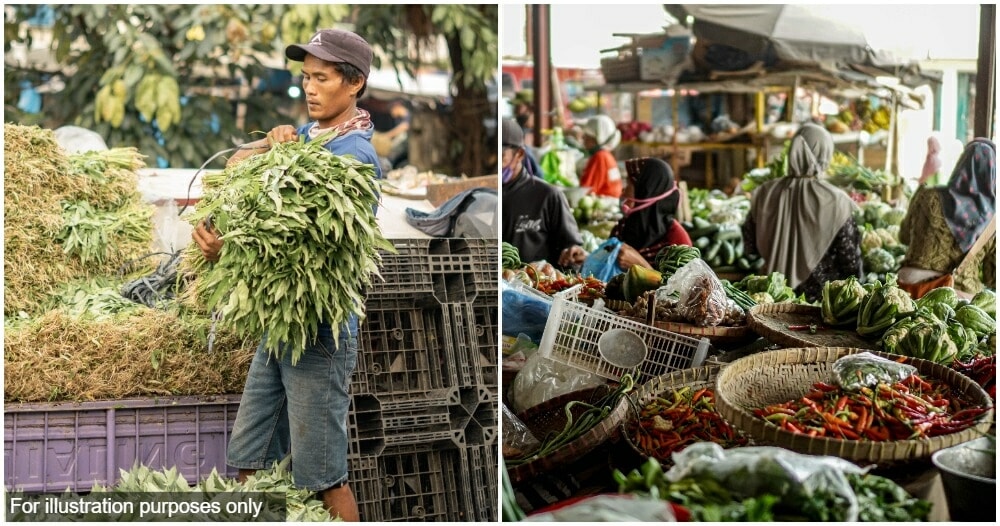 The production of food items goes through multiple stages before it is finally marketed to the consumers. Some food items are directly sold by farms while others go through middlemen.

With the recent price hike, one would think that farmers are now earning stacks but this may be far from the truth.

According to sawi farmer Maharam Mohd Tahir from Butterworth, the price of vegetables such as sawi, cauliflower, kangkung, red and green chilli has risen up by more than 50%. However, the farmers are still selling the produce at low prices to the wholesalers. Speaking to BERNAMA, he said:

“We sell sawi at RM1.30 per kilo but the market price is at RM6 to RM7. Who controls the soaring prices?” 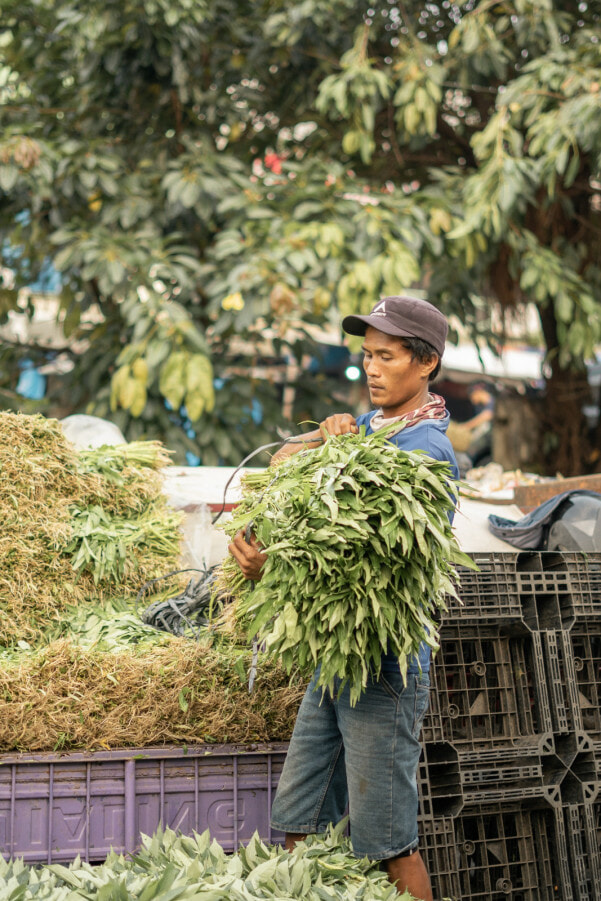 Other farmers such as Asmida Mohamad and Teow Chun Tong added that the rise in prices doesn’t benefit the farmers as they are the ones who fork out the money for fertiliser, pesticides, pay for helpers, etc.

They are also susceptible to failed crops due to weather.

“We can’t control the situation and with continuous rain, of course the quality of the crops will be affected. Along with the cost of fertilisers, of course, there will be a hike in price but not as extreme as the one in the market now.”

Adding to that, farmer Teow says:

“Farmers are more affected by the cost but we still offer affordable prices to the wholesalers.”

In a statement by the Consumers Association Penang, its president, Mohideen Abdul Kader asked for the Enforcement Division of the Ministry of Domestic Trade and Consumer Affairs to investigate the price hike of up to 200% in these past few weeks. 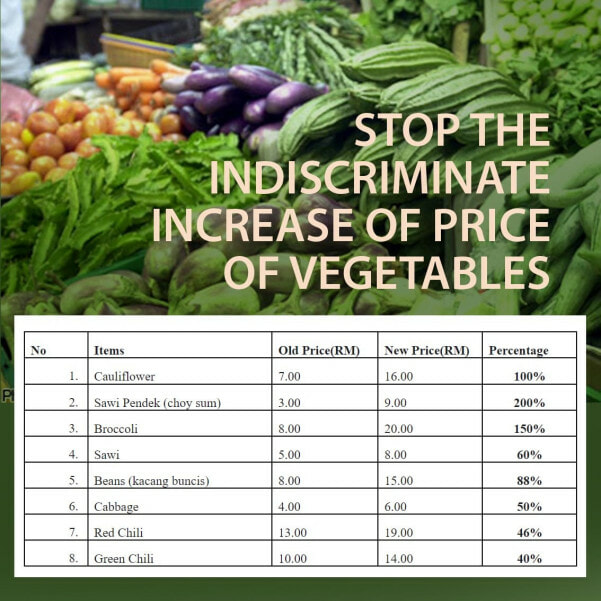 In the parliament on 30 November, Domestic Trade and Consumer Affairs Minister Alexander Nanta Linggi has said that the government will be organising a Keluarga Malaysia sale twice every month. This sale will start on 4 December and it will be held in all of the 222 parliamentary constituencies, reported Channel News Asia.

“The ministry will ensure that the prices of the goods sold will be cheaper than the market by 15 to 20%.”

Other than that, the minister said that they have sent out officers nationwide to make sure that the price hike is reasonable. 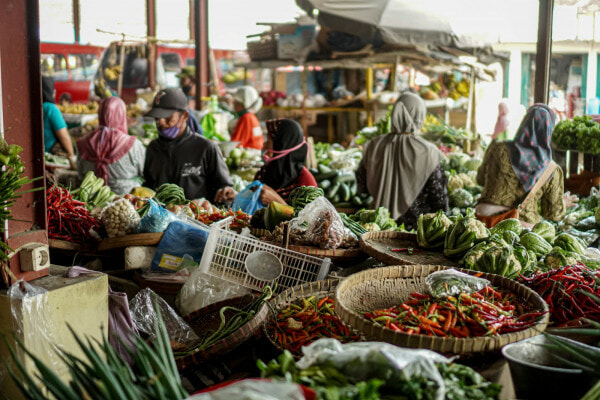 We hope that the prices will stabilise soon with government intervention as those in the B50 community certainly cannot afford these exorbitant prices.

Also read: “The prices DO NOT make sense” Tourists Shocked at RM4 Roti Canai in Langkawi 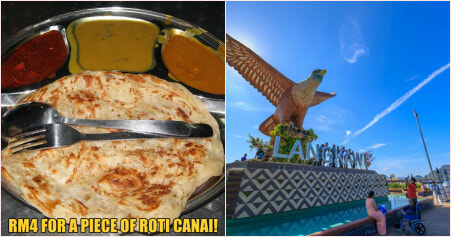