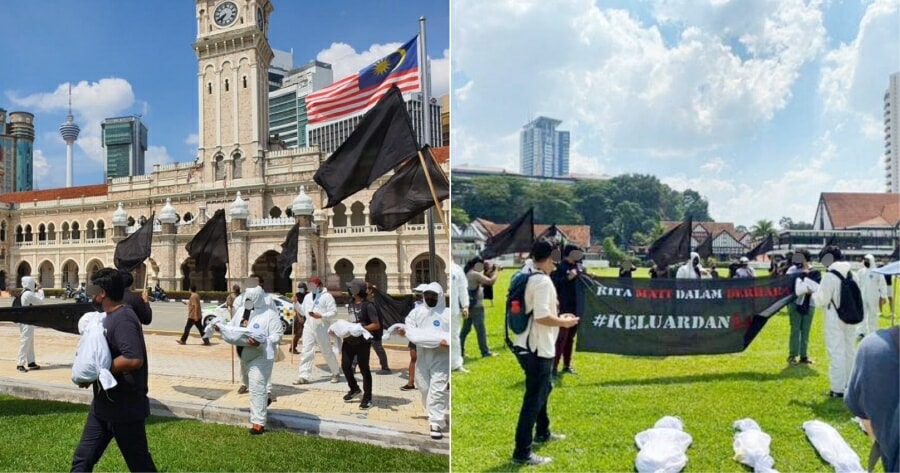 A non-governmental organisation (NGO) by the name of Sekretariat Solidariti Rakyat, who are also the organisers of the #Undi18Now rally, held a protest at Dataran Merdeka on Saturday (17 July) to showcase their disappointment at how the government has been handling the Covid-19 situation.

Based on a report by Utusan, they brought along two symbols to the assembly, ‘dead bodies’ and 14 black flags as a sign of failure in combating the outbreak. 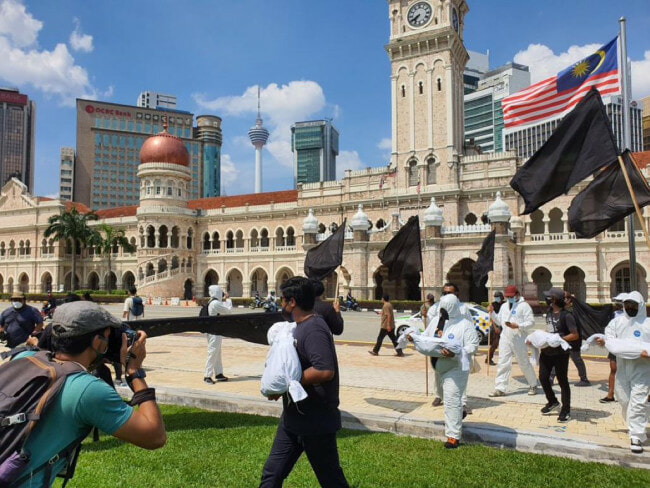 The ‘dead bodies’ signified the high death toll of the virus and the increased number of suicides through the pandemic, while the 14 black flags symbolised citizens’ anger across all states and provinces.

They also utilised the rally to urge Prime Minister, Tan Sri Muhyiddin Yassin to step down as they claimed that the Perikatan Nasional (PN) government has failed to curb the pandemic.

“People will starve to death due to lack of income or die due to Covid-19 infections and the Prime Minister can still make stupid jokes to raise blue flags,” they shared in a statement. 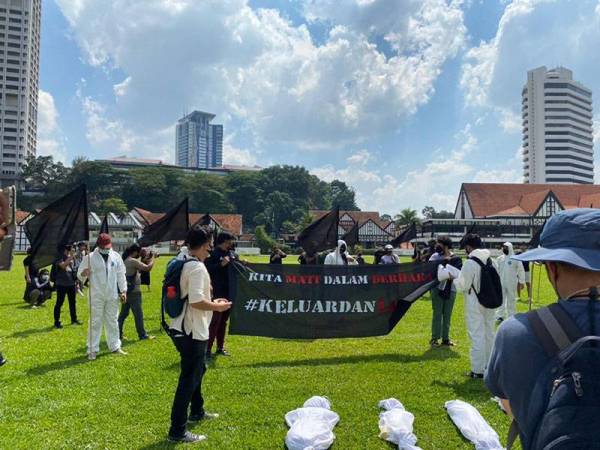 Police will call upon individuals for investigation

Meanwhile, Sinar Harian has reported that the police were present at the scene to break up the assembly.

“The group then dispersed and left completely by about 3.10pm from Padang Dataran Merdeka and no other incidents occurred. All those involved will be summoned soon to be compounded for violating Regulation 10 of the Infectious Diseases and Control (Measures in Local Areas of Infection)(National Rehabilitation Plan) 2021, which is the prohibition of gathering,”

“Besides that, an investigation will also be conducted under Section 9 (5) of the Peaceful Assembly Act 2012 for assembling without notice,” he said.

The authorities have since identified three individuals who are the alleged organisers of the assembly and added that they will be reaching out to them shortly.

Also read: NGOs Urge Malaysians To Protest If PM Muhyiddin Does Not Step Down By 16 July 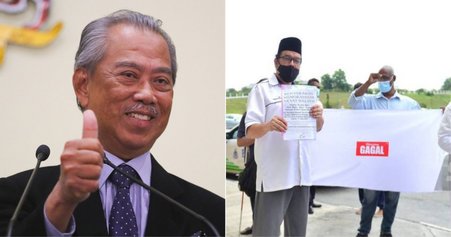