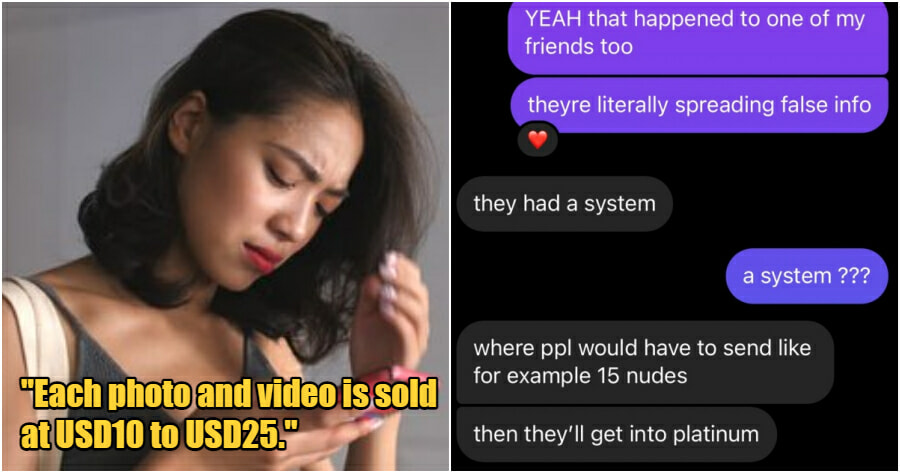 Sexual harassment is not something new and it is still happening to many on a daily basis.

What makes it even more concerning is how it’s no longer just the victims who are underaged, the perpetrators themselves are also just teenagers. Recently, a social media user who wishes to remain anonymous took to her Twitter and revealed how a number of international school students in Kuala Lumpur were allegedly spreading nude photos of several underaged girls.

Speaking to WORLD OF BUZZ, the Twitter user who wishes to remain anonymous also revealed that one of the victims is her friend. In one of her tweets, she claimed that one of the perpetrators even has an Ivy Scholarship.

One of the perpetrators was a guy the victim used to talk to earlier in February this year. She managed to get a “confession” from him and shared it online via one of her tweets where the guy admitted his wrongdoings of sharing the lewd photos with a friend.

However, during the confrontation, Ben (not the perpetrator’s real name) only admitted that he had shared her naked pictures with a friend and did not have the slightest idea of what was going on in the Discord server. 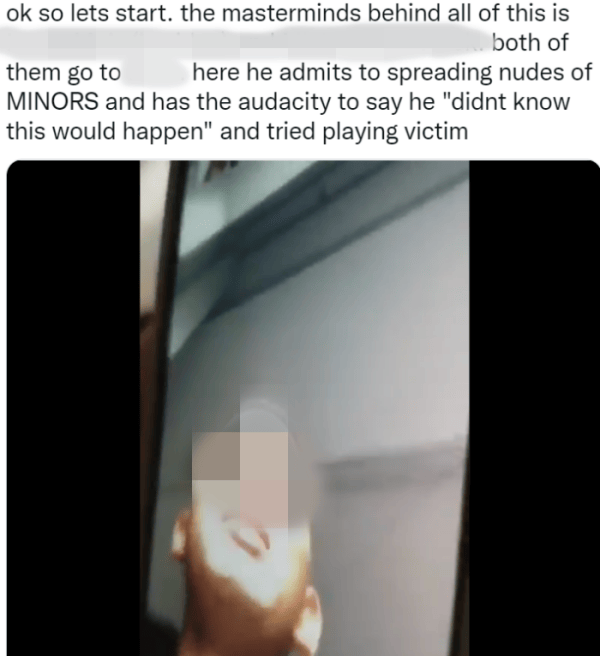 “I didn’t know this would happen,” said Ben claiming that he never knew that the photos would be shared and traded online. The victim shared with WOB that he was not involved with the dealings in the chat room and did not make any money from the tradings.

When the victim demanded a reason as to why he shared the lewd photos, he gave the excuse that his friend, Jason (not the perpetrator’s real name) was “lonely” and “has no friends.”

Pictures shared on the Discord server

The pictures were shared and traded on a Discord server, an instant messaging platform, where fake pictures of underage girls were also shared. It was said that if a user managed to send 15 nude images, “platinum” access would be granted with better discord roles. 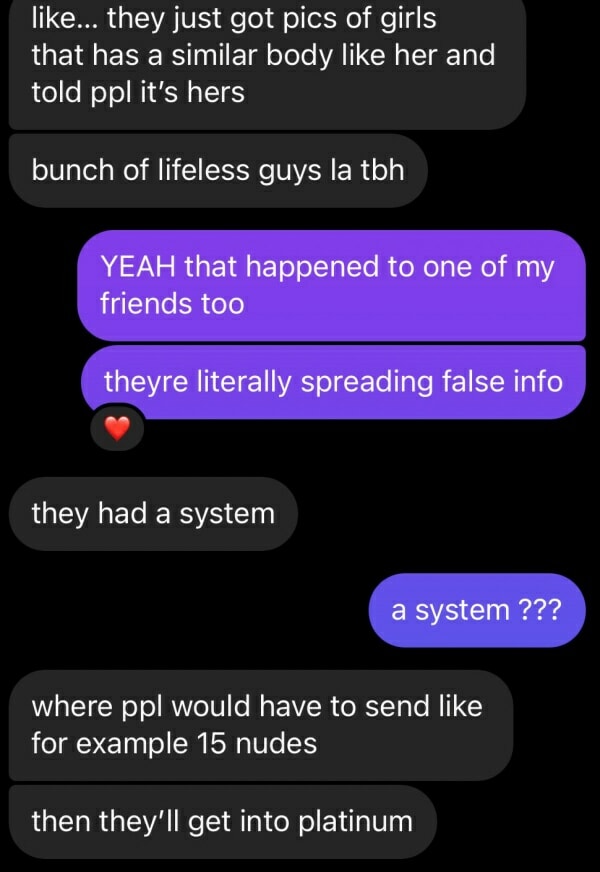 According to the victim’s friend, the perpetrators have earned themselves more than RM1,000 for the pictures and videos that were shared without consent on Discord. They collected ‘payments’ via PayPal, Bitcoin, or even gift codes. All the pictures were priced at USD. 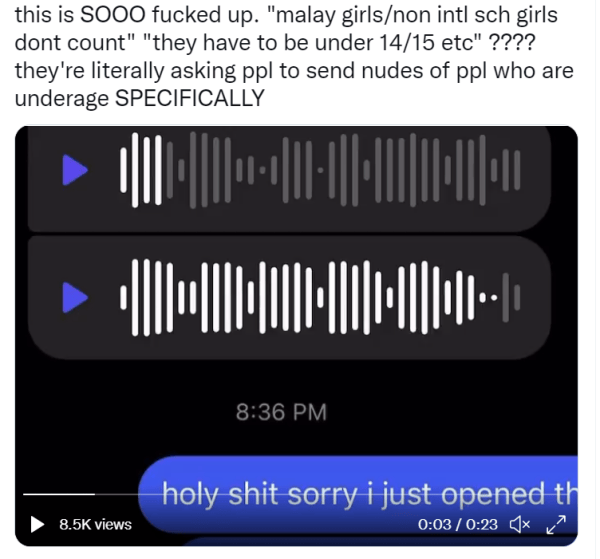 One of her tweets also highlighted how the perpetrators had certain “requirements” of the materials that they want to receive, such as no Malay girls or non-international school girls. The people in the pictures also had to be around the age of 14 and 15.

WORLD OF BUZZ reached out to another one of the 17-year-old victims who also wishes to remain anonymous. According to her, Ben had sent multiple nudes of her to Jason, who both go to the same school. 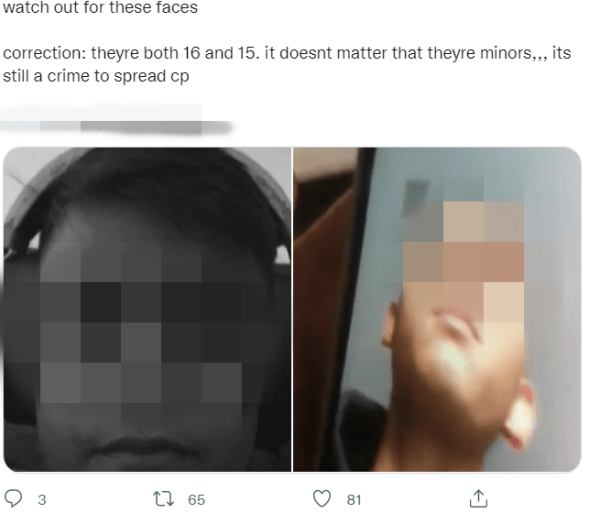 According to the victims, Jason is someone who is very actively involved in the tradings conducted on Discord, where each photo and video was sold between USD $10 (RM41.88) to USD $25 (RM104.71). She also mentioned that one of the perpetrators previously traded her pictures for naked images of another 14-year-old on the platform which contained around 100 active users.

The victim personally knows at least seven other victims whose photos were used without consent in the Discord tradings, and not all the victims go to the same school. However, the number of perpetrators who are operating the server and those who are involved in these tradings have yet to be identified.

No words can describe how concerning it is to see some minors involved in such tradings. What do you think of this? Let us know in the comments below!