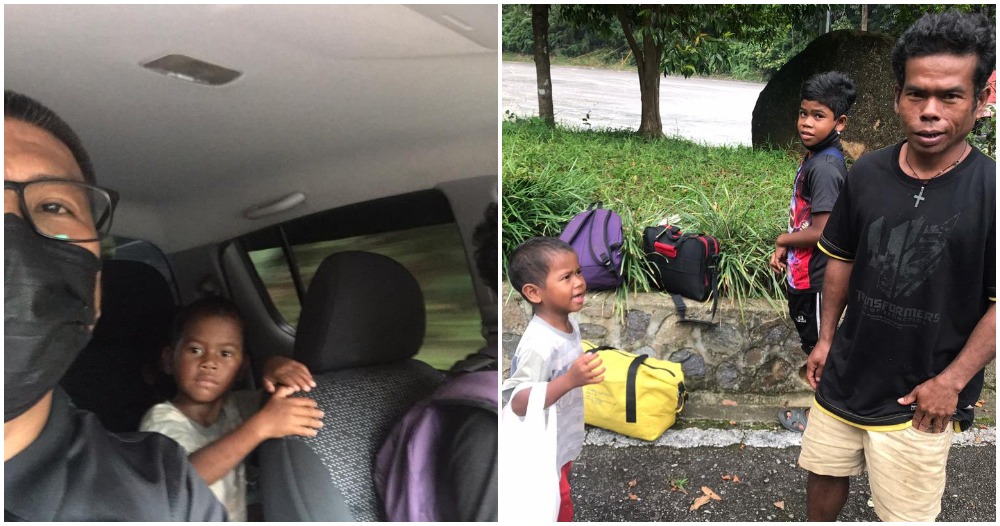 Ever since the Covid-19 pandemic hit the country, many lost their jobs due to the uncertainty of the economy. For some, going back to their hometowns is the only option to keep surviving.

However, not everyone has the privilege of having proper transportation to get around. Recently (13 October), twitter user @dniaphantom uploaded a picture of an orang asli man with his two sons.

According to the caption that she wrote, the man and his sons were from Tanjung Malim and were heading back to Bentong. They had to walk the whole journey (which is a 23-hour walk according to Google maps)  because they had no money due to his boss not paying his salary.

The picture of the family of three was taken by her father, 40-year-old Syuaib Bin Hj Brahim who decided to give them a lift. Her father was on his way to Kuala Kubu Baru when he met with them on the highway. Seeing that there were two kids walking along, he stopped his car to ask them where they were heading.

Initially, Mr. Syuaib had some trouble trying to understand where they were heading to as the orang asli man only said “tong tong”. After guessing that the man meant Bentong, it turned out to be correct.

While on their way, the man told Mr. Syuaib that his boss stopped paying his salary. After trying to reach out to his boss, calling him for three days without anyone answering, he decided to go back to Bentong.

However, due to the current situation, Mr. Syuaib only managed to drop them at a roadblock near Genting. The generous man also gave them some money and food to help them.

She explained in a tweet that her father had already told the authorities regarding the situation of the family. However, for now, there is no update on whether the family managed to reach Bentong.

The heartwarming story stole the attention of Malaysian netizens as the tweet got 5.4k retweets and 4.9k likes. With the current situation that is happening in our country, let’s try to help each other as much as we can.

Also read: “Thank you Abang Polis!” M’sian Thanks PDRM Officer Who Sent His Cousin To The Exam Hall 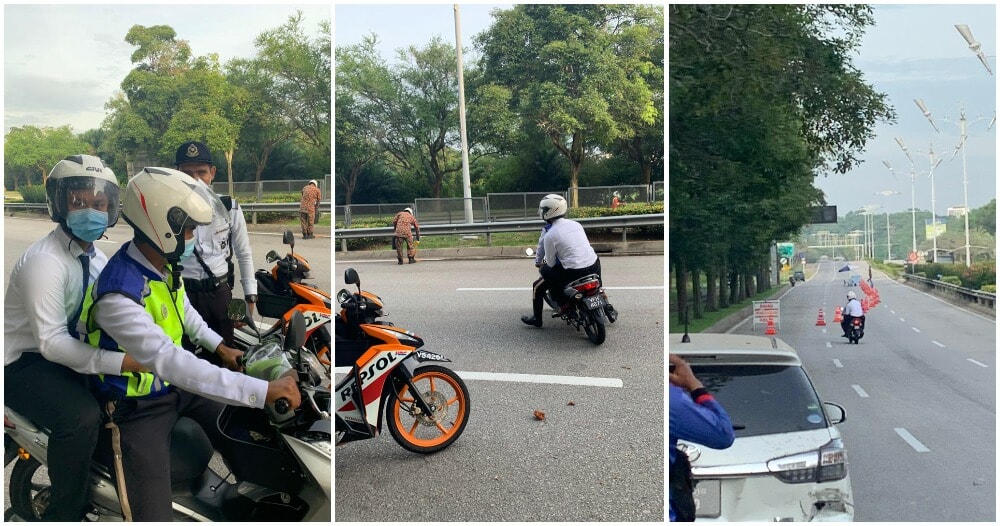