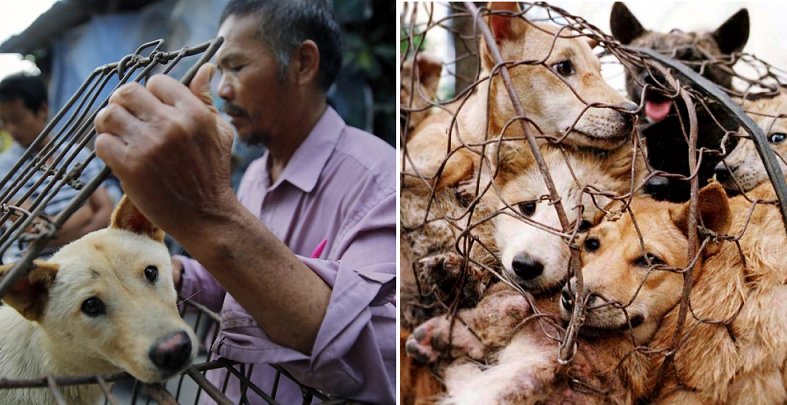 Brace yourself if you are the proud owner of a fluffy pet dog or cat at home, because you probably won’t like what you are about to read. 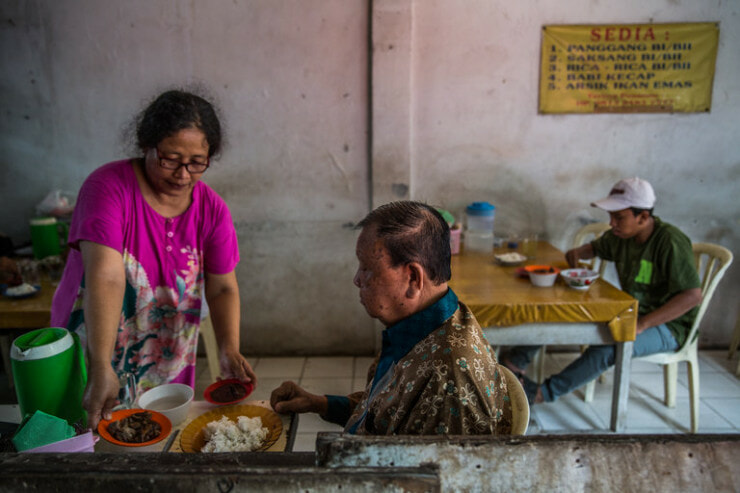 According to NY Times, the demand for dog meat is on the rise in many areas of Indonesia, even as many other Asian countries previously known for consuming dog meat has started to shun this practice.

The reason for this rise is because of the economic development in Indonesia.

More and more residents are still too poor to afford beef, but dog and cat meat are still within their budget.

“From a strictly practical, agricultural point of view, growing dogs and cats for meat requires far less space and feed resources than growing cows, and is therefore cheaper. The economics of it all is likely the primary motivator for production and consumption,” said Brad Anthony, a Canadian animal protection researcher and analyst. 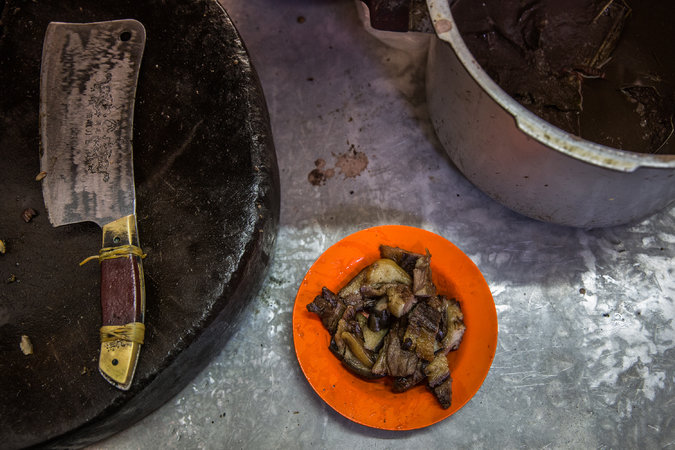 Dr. Eric Brum, who worked in Indonesia for nine years said, “It’s a pattern, not just in Indonesia, but throughout the Southeast Asian region.”

But the growing popularity in dog meat is not just for its affordability, but also for its alleged health benefits. Parlin Sitio eats rica-rica, dog meat with Indonesian spices at least once a week. He says,

“The taste is good, and it’s served fresh here. It keeps the body warm and the blood flowing.” 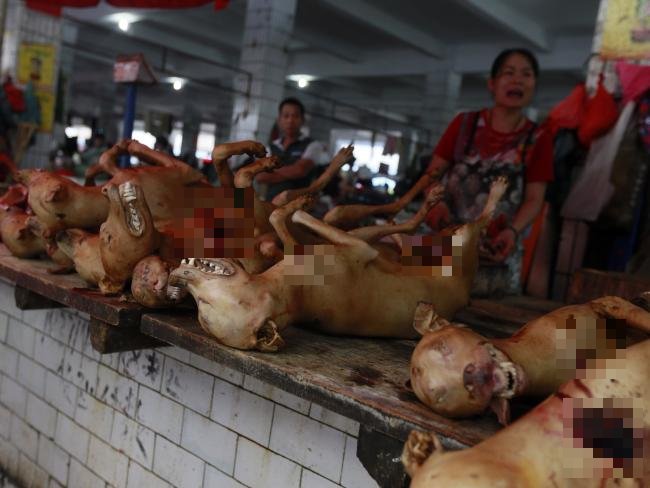 Indonesia has a predominantly Muslim community, which regards dogs as unclean, but it does not forbid one from eating it. Thus, animal rights advocates find that the dog meat industry continues to thrive and grow in Muslim areas, and in Bali, where the majority of the population are Hindus.

It’s not surprising that they choose to consume dog meat, as it only costs 8,000 rupiah (RM2.65) for a plate of dog meat and rice in Yogyakarta. 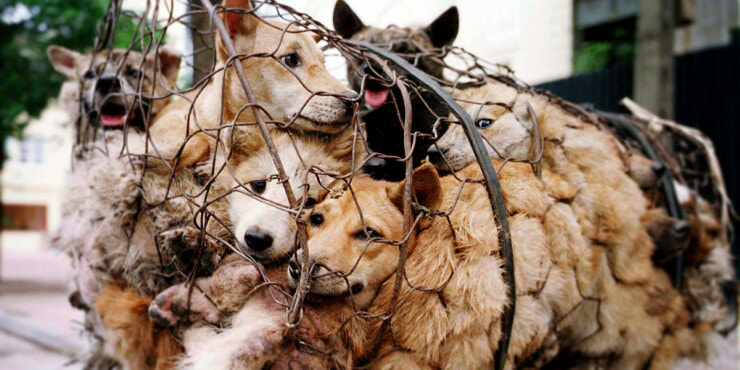 “In our investigations, 60 percent of the customers were Balinese women who felt it was the warmest and most inexpensive form of protein. They believe eating black dogs cures asthma, and maybe other diseases,”  says Janice Girardi, the Bali Animal Welfare Association’s founder.

They also estimate that up to 70,000 dogs are killed and eaten in Bali every year.

Yogyakarta consumes about 215 dogs daily and “at least double or triple that much” in Jakarta, the capital. They get their stock from Java, where you can often see them rounding up stray dogs or even snatching pets to be killed for the next meal. Better keep a close eye on your pets! 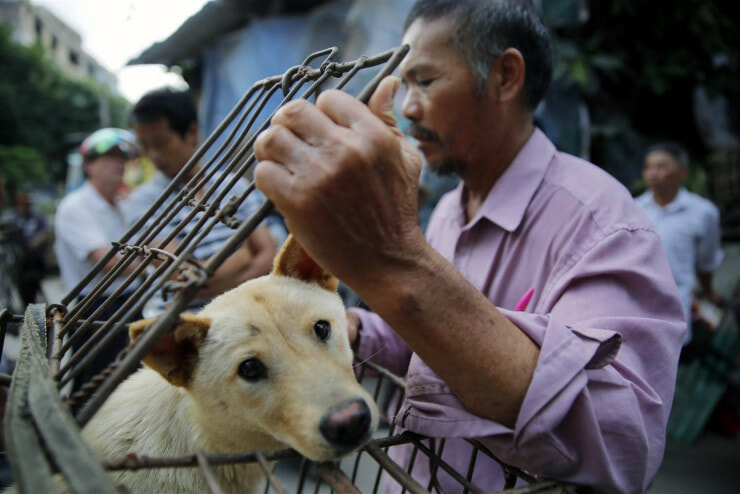 Because the dog meat industry is a gray area, there are no official statistics on dog meat consumption but restaurant owners, butchers, researchers and animal rights advocates agree that the amount of dogs being killed for consumption is increasing.

This means that the slaughter, distribution, sale and consumption of dogs are not controlled, as dogs are not considered as livestock. The dogs are killed by beating them over the head with a wooden club, then their throats are stabbed as their blood is drained and sold alongside their meat. 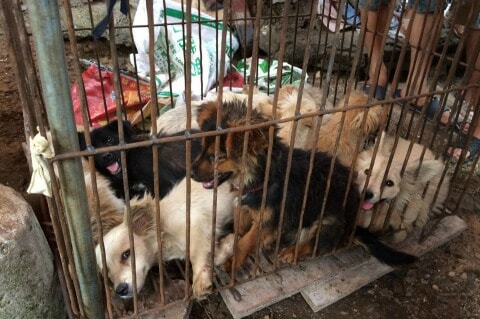 In Bali, the dogs are slaughtered more cruelly, as they are strangled before being butchered as apparently strangling the dogs makes the meat more tender. If not, the dogs are stuffed in to sacks and clubbed to death.

Campaigning against the dog trade on cruelty grounds has no effect in Indonesia as no one cares, but activists say they try to focus on minimising the spread of rabies, which is an enduring problem in Indonesia.

Silitonga, the dog butcher from Jakarta says he’s not afraid of rabies and has been bitten dozens of times. And the ironic thing is he keeps a dog named Luna as his pet which he says “is not for eating.”

So… you may wanna just check and make sure you ordered the right dish in Indonesia if you are not a fan of dog meat! 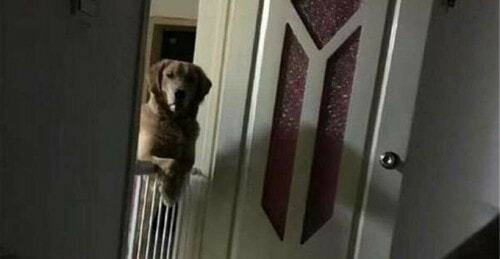