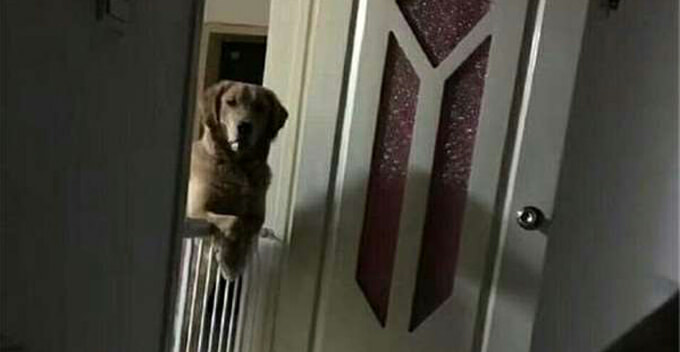 Recently, a Chinese netizen had adopted a Golden Retriever from an animal shelter. His family loved the dog very much as it was utterly cute and obedient.

However, the dog started to behave strangely when night falls. According to its master, the dog would stay outside his bedroom every night and look at him as he falls asleep. 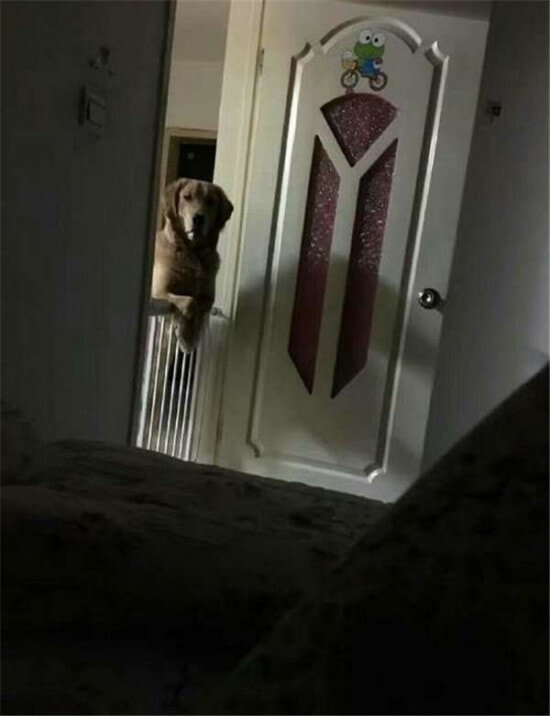 Initially he thought the dog behaved as such because it was not familiar with the new environment. But after some time, the dog’s strange habit did not go away. And he was frequently spooked by the movement of the dog at night.

To make sure the dog sleeps at night, the owner plays with it during daytime to exhaust its energy. But that didn’t work out as well as the dog will have enough energy to stay at his door to watch him sleep.

Being worried that the dog may have some health issues, he brought the dog to a vet for check-up. The vet found nothing wrong with the dog and it was in good condition.

Desperate to unravel the mystery, he went back to the animal shelter where the dog was adopted to seek for an answer.

The previous owner had done so because the wife was pregnant and they couldn’t afford to take care of it anymore.

The dog must’ve been so heartbroken when it woke up in an animal shelter realising that its owner have betrayed and abandoned it.

Ever since it was adopted, it was speculated that due to its past, the dog didn’t dare to sleep at night fearing that it would be sent away like how the previous master did.

The current owner broke into tears upon learning the sad story behind the dog.

After reaching home, he removed the fence at his bedroom door and shifted the dog’s bed into his bedroom so it can sleep with him at night. He hoped that by doing this, he could at least give some sense of security to the dog so that it can sleep soundly at night.

This heart-wrenching story went viral after the owner posted it up on social media. Netizens were furious about the actions of the previous owner.

“The poor dog will never trust again after being treated this way,” said a netizen.

“Can you imagine its feeling when it woke up in a cage at an animal shelter?” commented another netizen.

So guys, please don’t abandon your pets under any circumstances because you mean more to them than you know. 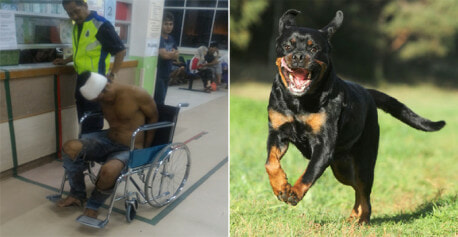