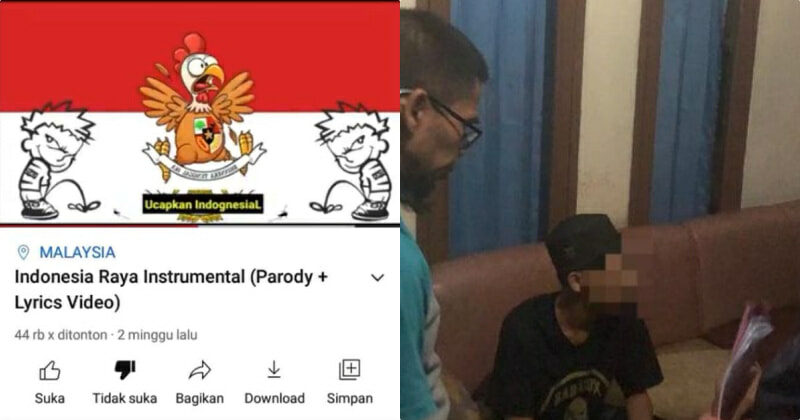 Malaysians and Indonesians alike are really sensitive when it comes to things that touch nationalities and national symbols.

Following an uploaded video in the comment space of a youtube page that featured the Indonesian national anthem edited with lyrics that insulted Indonesia, both Malaysian and Indonesian authorities began investigations on the matter.

And alas the suspect has been apprehended by Indonesian police. 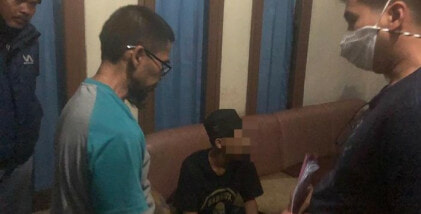 According to Indonesia National Police’s Head of Criminal Investigation Listyo Sigit Prabowo, the suspect, an Indonesian student, was believed to be involved in making the altered Indonesia Raya song.

He was arrested at a house in Cianjur, West Java.

“Police arrested the male suspect, with the initials of “M.D.F.” and confiscated a mobile phone, a SIM card and a computer set.”

The arrest resulted from a joint investigation carried out by the Indonesian Police and the Royal Malaysian Police. 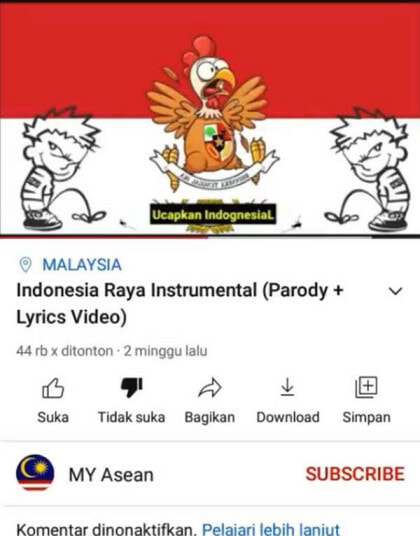 The video in question has since been deleted but was uploaded by various other individuals provoking hatred and anger comments.

With the suspect’s identity still kept under wraps, let’s hope that this incident does not repeat itself in the future and cause an international incident. 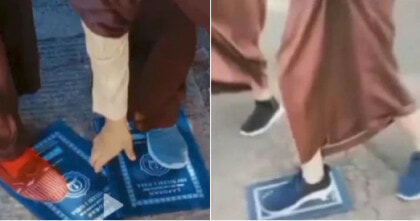