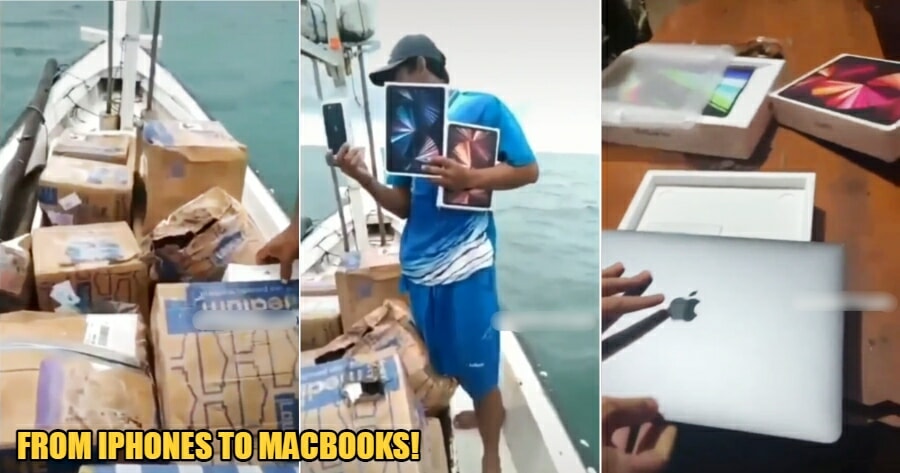 Fishermen would normally go out to sea to catch fresh seafood, but for a group of fishermen in Indonesia, they weren’t expecting to catch Apples… the fruit or the brand, you ask?

Well, based on a report by Suara, the fishermen were out fishing in the waters of Bangka Belitung, Indonesia, when they noticed boxes floating in the water. They took to their TikTok page to share that the boxes were, in fact, filled with Apple products from iPhones to MacBooks!! 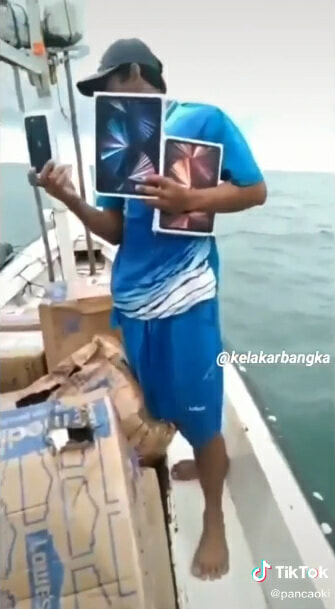 “That moment when your livelihood comes, whenever and wherever”, they wrote.

In the TikTok video, the fishermen’s boat could be seen filled with boxes as one of them displays the various products found in them.

He then took an iPhone out of its box while water dripped from it. 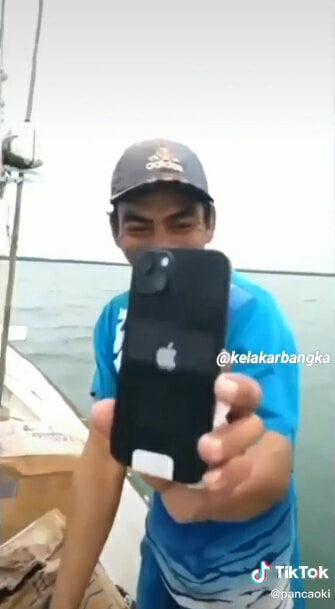 The video also showcases the fishermen unboxing a MacBook and iPad, which appeared to have remained dry throughout their journey at sea.

Considering how pricey Apple products can get, finding such a load is almost like finding treasure.

And we all know that treasure is often times either buried on land or sitting at the bottom of the ocean, but who knew some treasures float!

While we’re unsure if the products are authentic, we’re happy for the fishermen and hope that it will help with their livelihoods.