Unfortunately, racism still exists everywhere in this day and age. Just recently, we learnt about an Indian guy whose rant about being denied a job even though he speaks Mandarin went viral. Now, another similar story of a guy who experienced racism from a cafe manager has emerged from the internet, reported Coconuts.

Through a lengthy post on FB, Vinod shared his story of experiencing racism when he was rudely told off by a cafe manager at Hotel Boss, which is a 4-star hotel.

In his post, he said that he went to Hotel Boss to pick up some guests and he found them sitting in a cafe in the hotel lobby. However, before he could approach them, he was stopped by the cafe’s manager who asked for his room number. That was his first encounter with her. 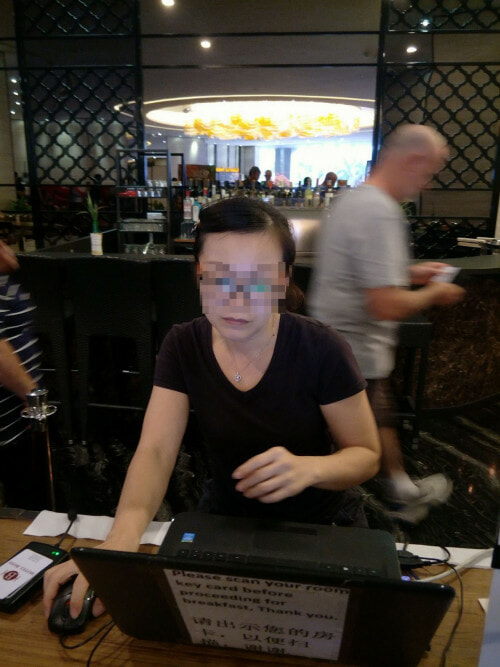 Vinod replied that he was there to pick up some guests who requested some time before moving. So, he left them and came back after a while. However, he was stopped again by the manager and was asked the same question about five minutes earlier.

“I told her again that I am not a hotel guest and that I had just come here a few minutes ago looking for my guests,” he wrote.

“Ms Jasmine stared at me and raised her voice and with a rude tone, she blatantly said, ‘ALL OF YOU SO BLACK HOW TO RECOGNIZE?'”

Baffled by the words coming out of the lady’s mouth, he asked her to repeat herself – and she really did repeat those racist words without remorse. Wah, wonder what got her so angry?

Vinod went on to say,

“I am of Indian race and I am proud of my race, ethnicity, and culture. I am born and bred in Singapore. Like any true blue Singaporean, I served NS proudly amongst multi-racial brothers and sisters. We have learnt that no matter what skin colour one has, we are all the same, and we shed blood, sweat and tears together.”

Days after the incident, Hotel Boss finally posted an apology on behalf of the cafe manager and assured that they had spoken to Vinod and managed to resolve the issue. 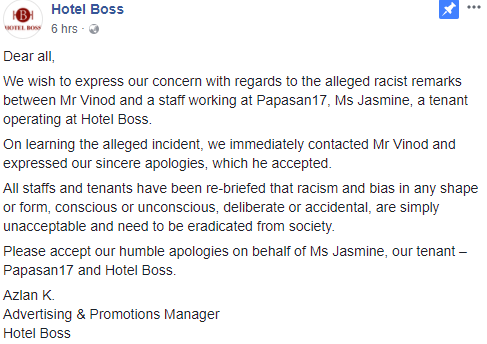 However, there are no further reports on whether any action was taken against the cafe manager.

Well, it is commendable that the hotel decided to address the issue because racism is something that needs to be taken seriously. At the end of the day, we’re all part of the human race! 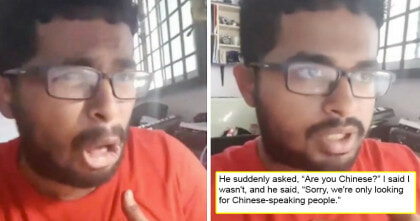