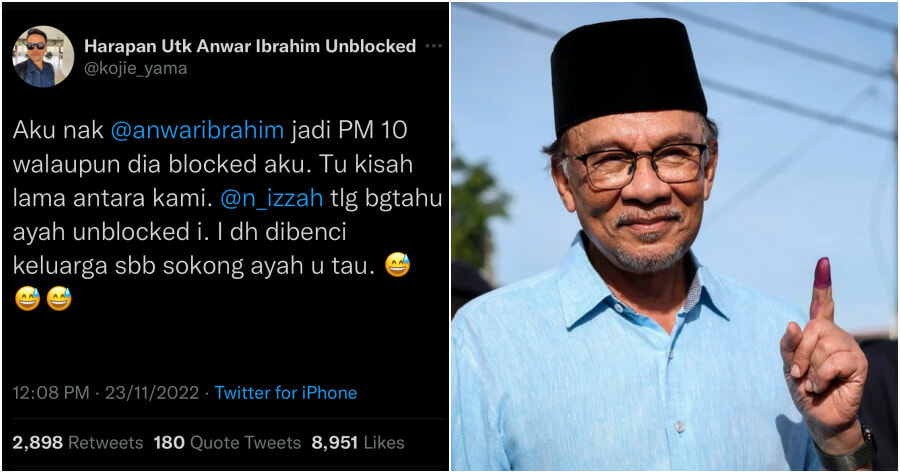 Although social media platforms may serve as the best tool for people to share their views, it does not stop people who are being criticised to filter out such negative views by blocking said people.

A Malaysian Twitter user recently took to the platform to beg soon to be Prime Minister Datuk Seri Anwar Ibrahim to unblock him on the app after a change of heart.

According to Twitter user @kojie_yama who has since changed his name to ‘Harapan Utk Anwar Ibrahim Unblocked‘ (Hoping for Anwar to Unblock) to show his devotion, he wants Anwar to become the PM even though he is currently blocked by the soon to be PM. 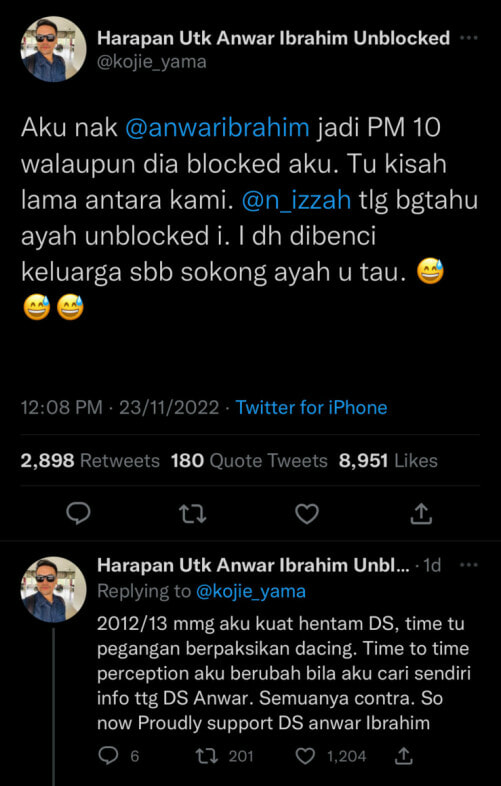 He even went on to tag Anwar’s daughter, Nurul Izzah to tell her to inform her father to unblock him.

“That was all in the past. I am now hated by my family just for supporting you and your father.”

He explained that back in 2012/2013, he used to be extremely critical of Anwar, however, his perception changed after he did extra research regarding him. 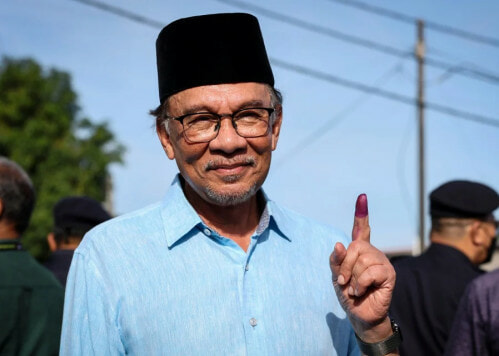 “So now I proudly support him. I changed my mind in 2015. When the Federal Court rejected the appeal. From there I felt that there was something wrong somewhere. Because Anwar Ibrahim was firm with his decision,” he added.

“Although I’ve been blocked since 2013, I still support him.”

Following the recent announcement that Anwar is to be elected as the 10th Prime Minister, the user congratulated him.

“Even though my family group is full of resistance, I firmly believe that Anwar (represents) a new Malaysia,” he said.

We hope that the user gets his wish of getting unblocked by Anwar!

Also read: “Thanks for unblocking me but we can just talk through Twitter” – Fahmi Reza Rejects TMJ’s Offer To Meet 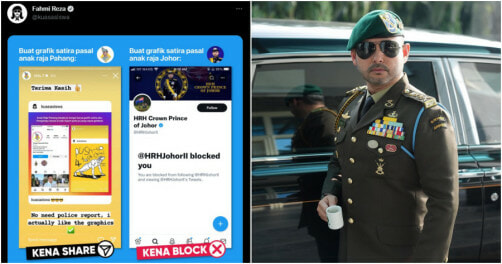