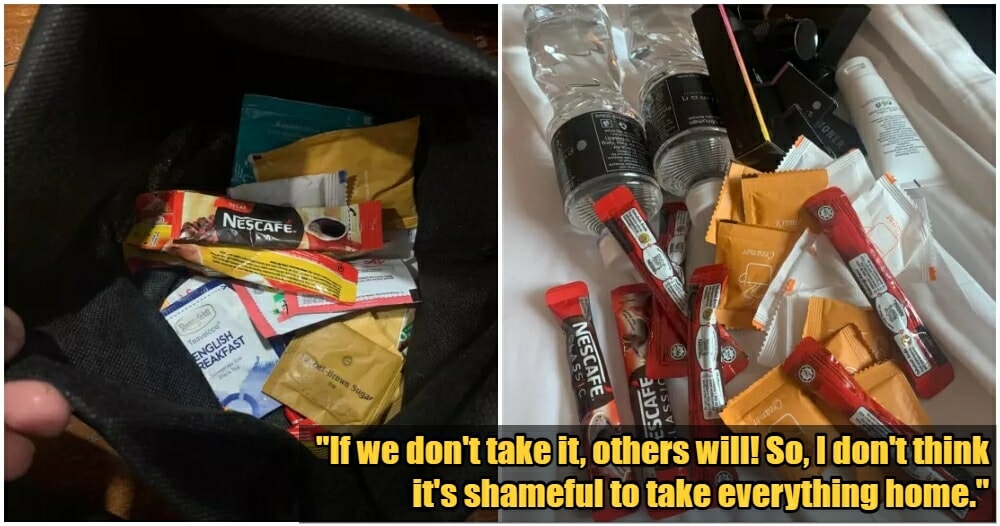 Many of us enjoy staying in hotels during short trips or for brief staycations. During the stay, the majority of parents will definitely ask their children to take the coffee and tea packets which are offered in the room to bring back home.

Recently, a netizen posted about how they had brought home these coffee and tea packets in addition to other things in the hotel room and the post has sparked quite a bit of  debate. 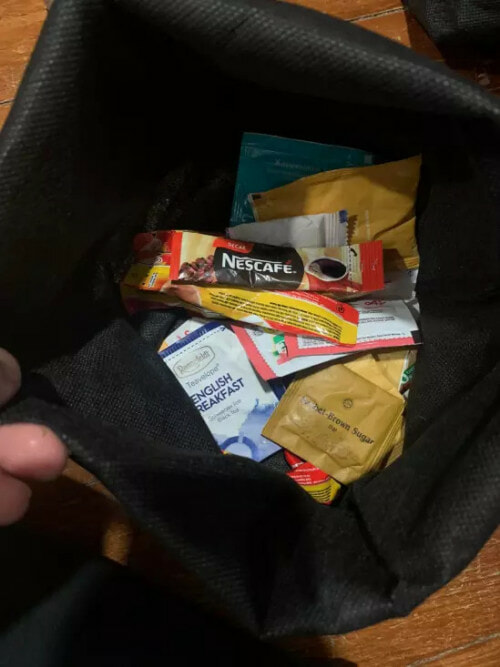 According to Noodou, the original post which has since been deleted reads, “Is there anyone like me who goes to a hotel and calls the reception to ask for more Nescafé, sugar, creamer and mineral water before leaving? Also, take all the shampoo in there”.

“Some people say that this is ugly behaviour but I have already paid RM500 for a night, why can’t I ask for more of these things to take home?”

“At least it won’t be such a loss. If we don’t take it, others will! So I don’t think it’s a shame to take everything home,” added the person.

“I called (the reception) 2 times in one night, took everything and here are my spoils! Now I can make coffee at home with a ‘hotel feel’,” they said. 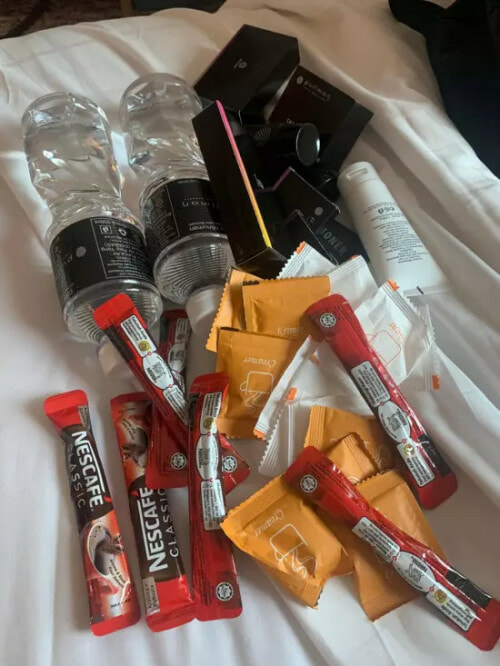 Netizens were left divided over the post as some felt that they were entitled to take it as they had already paid for it.

“I take the small shampoo containers, they are very cute and can be treated as souvenirs. You can also refill them with your own shampoo to bring on trips, it’s very convenient,” commented a user.

Some believe that it’s alright to take it when you first check in but requesting for it repeatedly is questionable.

“I wouldn’t ask for more, will just take whatever that’s left when I check out,” said a user.

On the other hand, others replied sarcastically. “Why not ask the reception to give you the coffee and tea packets that the other occupants left behind,” asked a user.

“Bring the bed home too then.”

“You can also move the safe back home. RM500 is a lot so if you don’t take it, it’s not worth it,” said another user.

One user said, “Did you take the door? That door is good, you scan the card and it will open.”

What is your opinion on this? Is it acceptable to do so or completely unreasonable? Let us know in the comments. 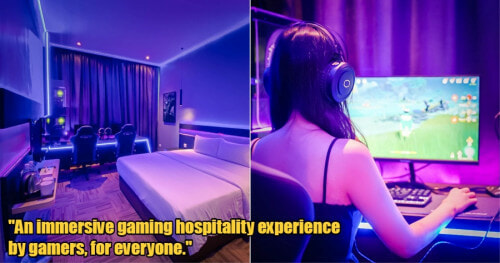