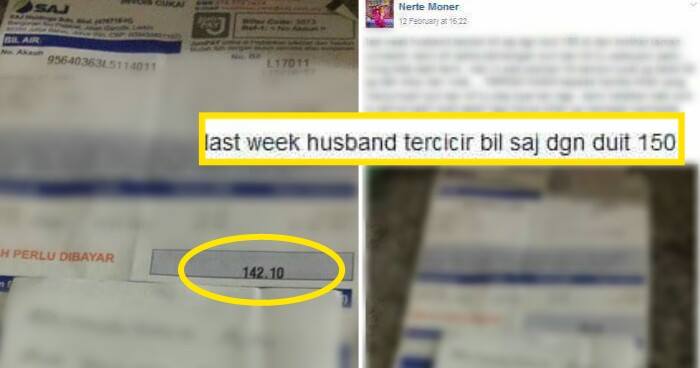 Social media channels tend to get filled up with negative news since ultimately, these type of stories get shared more.

But this time, a Malaysian shared her heartfelt story of an anonymous angel who did something that most people wouldn’t.

A couple from Skudai, Johor had lost RM150 in cash and they had given up all hope until they received a letter.

“Last week, my husband accidentally dropped the Syarikat Air Johor (SAJ) bill along with the RM150 in front of Taman University.”

“We have accepted the fact that the money and bill was lost even though it was tough (to come to terms with it). We were really out of luck.”

Though things seemed bleak for them at the time, they tried their best to move on.

However, after awhile, they received a letter and to their surprise… a kindhearted soul had actually picked up the bill and paid it for them!

The stranger even took the efforts to send them a mail to inform them. “Today, a postman sent a letter with the bill paid for and a note inside.”

“Assalamualaikum Ma’am, I found the RM150 and the SAJ bill in front of the Brothers Shop in Taman Universiti.”

“I have paid for the water bill using RM143. As for the remaining RM7, I’ve used it to pump petrol and bought water.”

“I hope you make my spending halal.” 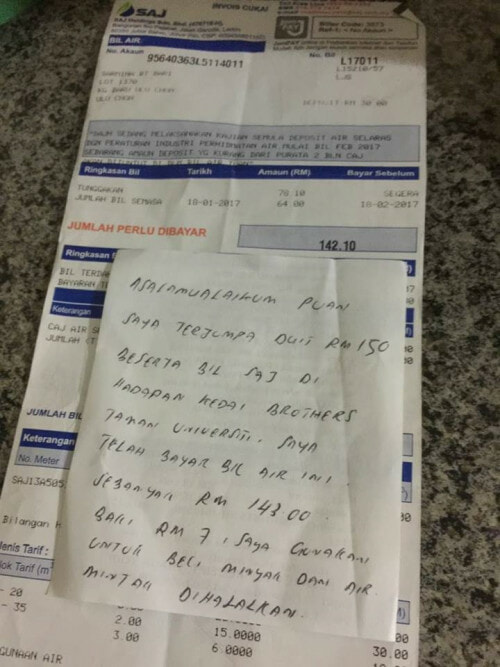 Touched by the honesty of this unknown angel sent from above, the lady couldn’t help but spread the message of this act of kindness.

“THANK YOU to the servant of god who found the money and bill, and even paid for it. We make your spending of the remaining money halal.”

“Thank you so so much again. Only god can return the good deed you’ve done. May god give you good fortune and good health.” 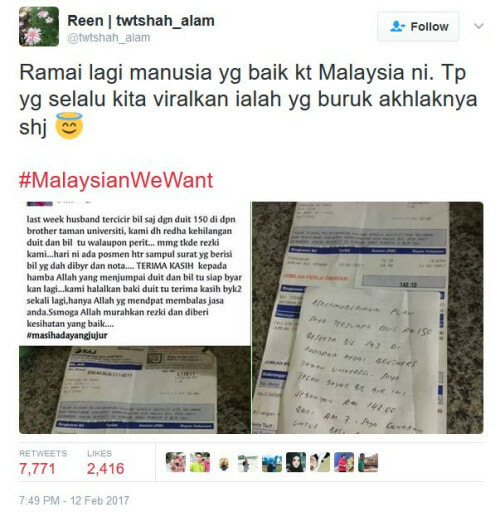 When we see people in need of help, WE should be the one to take the initiative to help them. Let’s all collectively be nicer and kinder, only then will society be better as a whole.

Have you done anything nice today?