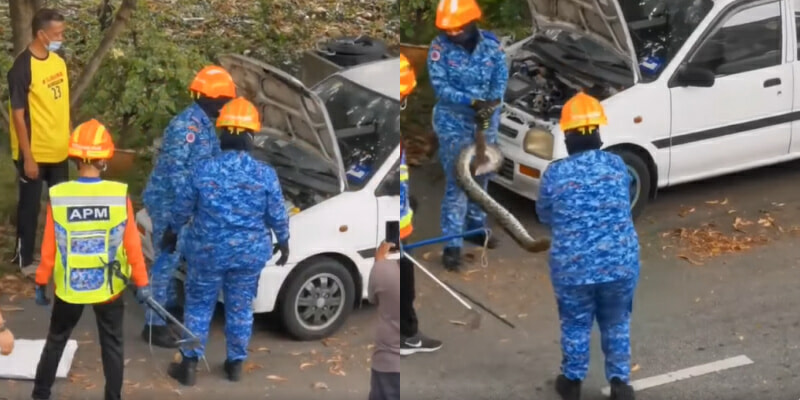 A terrifying 8ft python was found lurking in an abandoned car in Gombak, Selangor.

Caught on camera, the unassuming white Perodua Kancil became the perfect resting place for the snake, who must have snuck into the engine bay to get away from the heat.

After reporting the incident to the Malaysian Civil Defence Force, two APM officers were put in charge of relocating the snake from the abandoned vehicle.

Commenting on the video, netizens commended the pair on a job well done.

“Well done, ladies! If it was up to me, I would have fainted.”

“I envy their bravery. I can never do what they do without feeling squeamish.”

There are two take aways we can learn from this. Number one, never leave your car unattended for long periods of time. Number two, when you are met with situations like this, you know who to call. 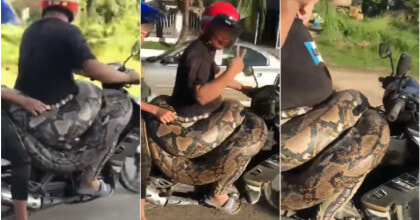