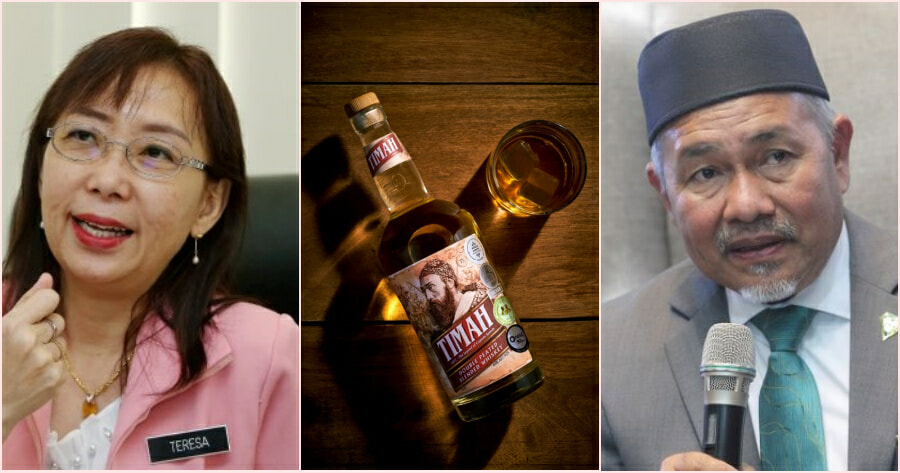 “His major concern in the country now is not on climate change but is on the name of a locally- produced whiskey and the names of other consumer’s products.”

Just last week, a bit of drama occurred as local whiskey brand ‘TIMAH’ was urged by members of the Malaysian Islamic Party (PAS) to rebrand as the name may cause confusion for Muslims.

Now, it is reported that the government has decided that locally produced items must no longer use names or brands that can trigger negative racial or religious reactions from society. 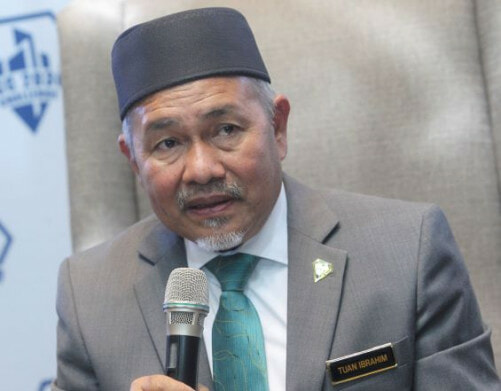 “We called the company that produced the alcohol and we stated our objections and the Cabinet then decided that it will no longer allow the production of any product that can trigger the anxiety of the rakyat, including in the context of race and religion,” he said.

“So this is a policy as a result of what we did and what we objected against.”

Additionally, Tuan Ibrahim who is also the Environment and Water Minister, mentioned how issues concerning religions, when discussed in Cabinet, are normally referred to PAS ministers.

The announcement by Tuan Ibrahim was met with backlash from politicians such as former Minister of Primary Industries Teresa Kok who issued a statement on her Facebook page.

The statement is titled “Tuan Ibrahim is urged to create awareness on environment protection and climate change, and not to sensationalise trivial issue like name of a liquor”. 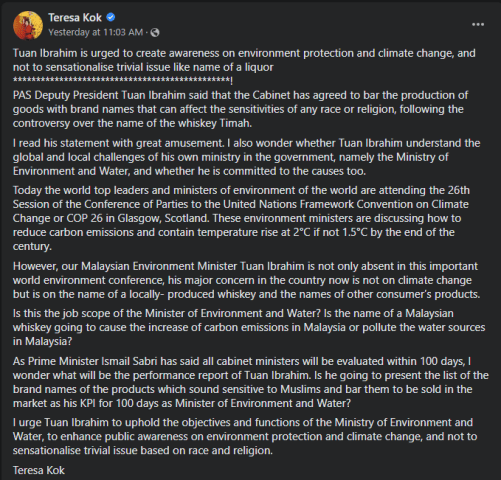 It reads, “I read his statement with great amusement. I also wonder whether Tuan Ibrahim understands the global and local challenges of his own ministry in the government, namely the Ministry of Environment and Water, and whether he is committed to the causes too.”

“Today the world top leaders and ministers of environment of the world are attending the 26th Session of the Conference of Parties to the United Nations Framework Convention on Climate Change or COP 26 in Glasgow, Scotland.”

“However, our Malaysian Environment Minister Tuan Ibrahim is not only absent in this important world environment conference, his major concern in the country now is not on climate change but is on the name of a locally- produced whiskey and the names of other consumer’s products,” writes Kok. 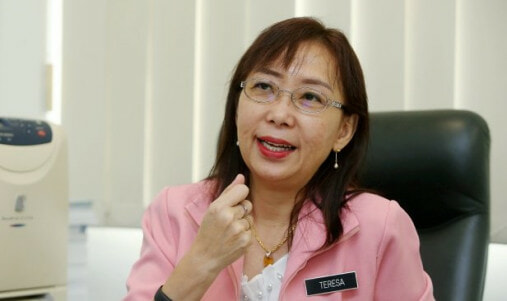 She asked, “Is this the job scope of the Minister of Environment and Water? Is the name of a Malaysian whiskey going to cause the increase of carbon emissions in Malaysia or pollute the water sources in Malaysia?”

Speaking on the fact that Prime Minister Ismail Sabri had said that all cabinet ministers will be evaluated within 100 days, “I wonder what will be the performance report of Tuan Ibrahim. Is he going to present the list of the brand names of the products which sound sensitive to Muslims and bar them to be sold in the market as his KPI for 100 days as Minister of Environment and Water?”

“I urge Tuan Ibrahim to uphold the objectives and functions of the Ministry of Environment and Water, to enhance public awareness on environment protection and climate change, and not to sensationalise trivial issues based on race and religion.” 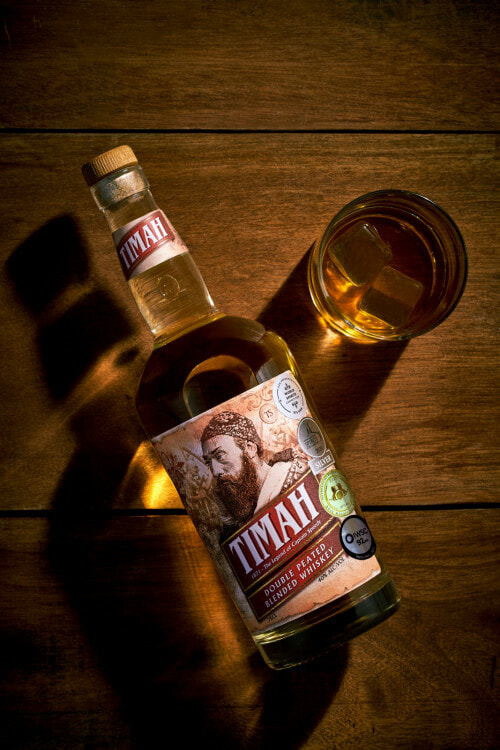 All of this comes after a statement last Thursday (28 October) by Domestic Trade and Consumer Affairs Minister Datuk Seri Alexander Nanta Linggi which said that the company producing the liquor had agreed to consider changing both the name and image of its alcohol product that had triggered the controversy.

The liquor company had previously offered an explanation saying that the local word “Timah” means tin and refers to the tin mining era during the British colonial days of Malaya, while the man depicted on the whiskey label was Captain Speedy who was one of the men who introduced whiskey culture back then.

The company had said it was due to this history that the name “Timah” was used and that the word’s use was not intended to stir any controversy.

Also read: PAS Wants Local Whiskey ‘TIMAH’ To Rebrand As The Name May Cause Confusion For Muslims 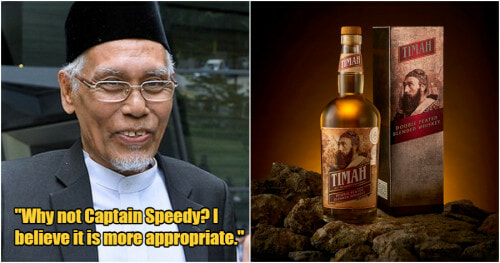