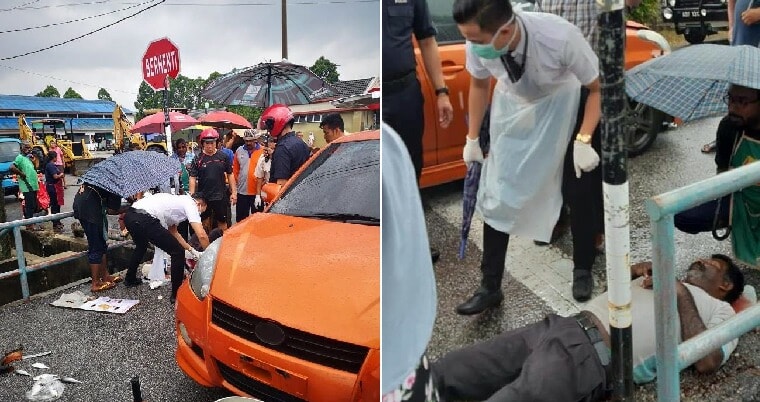 Well, this is a truly heartwarming incident that showcases the beauty of Malaysians! A road accident happened at a Sitiawan market yesterday morning (24th June) around 10am and one motorcyclist was injured in the incident. Upon seeing this scene, passersby quickly rushed over to help the injured man who had fallen to the ground. 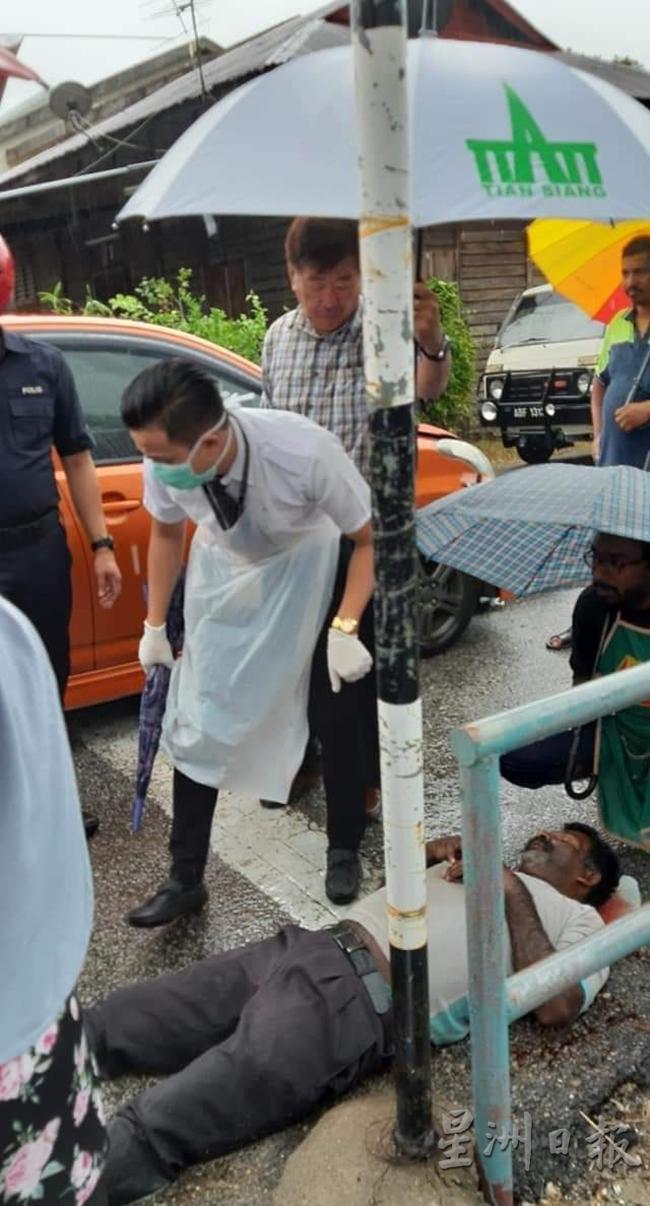 According to Sinchew, it had suddenly started raining while they were waiting for the ambulance to arrive, so some of them quickly took umbrellas from their cars to provide some shelter for the motorcyclist. A few others helped to direct traffic so that the ambulance could have a smooth passage to the injured man.

One of the men at the scene, who was from the community group Persatuan Prihatin dan Kebaktian Masyarakat Manjung, said that it was very heartwarming as everyone gathered to offer help regardless of race and religion. The group had heard about the request for help and had rushed over as soon as possible. The ambulance only arrived 20 minutes later, and one of the men who was holding the umbrella said that although it was uncomfortable to be standing in the heavy rain it was worth it in the end as they could help the injured motorcyclist. 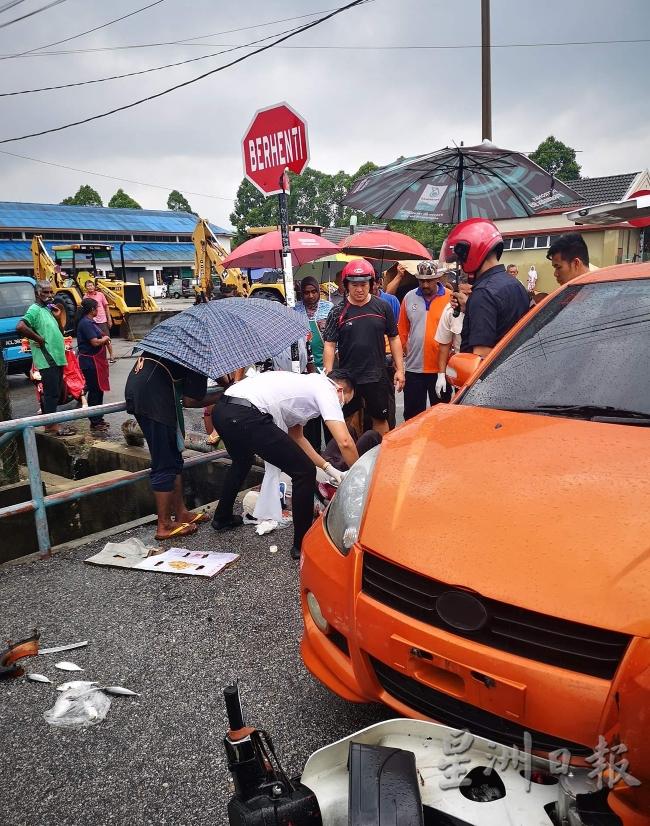 They could not move the man, so they waited with him and helped when the ambulance finally arrived to take him to the hospital. Netizens were praising the passersby for their helpfulness and kindness in helping a fellow Malaysian in need. They also said that this was the true Malaysian spirit that everyone should have, and they’re right!

Kudos to these people for being so kind and helpful! 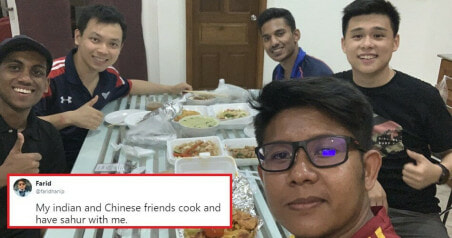