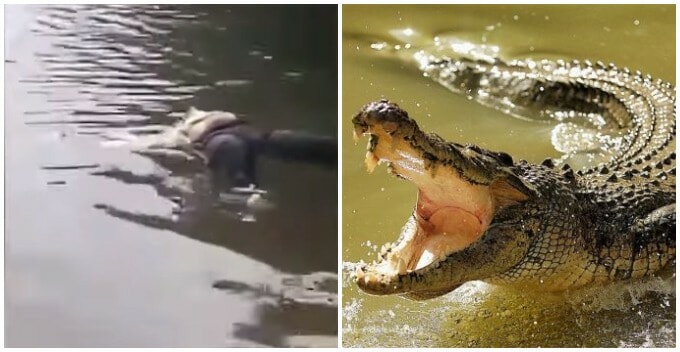 It seems that cases involving animals are all over the news right now.

According to Berita Harian, a group of fishermen encountered the remains of a person in the jaw of a crocodile in Sungai Pabong, Sarawak.

A fisherman and his younger brother were reported to be out looking for crabs. During their crab hunting expedition, they saw a crocodile dragging an object in its mouth that resembles a human body. Curious, they approached the creature only to realise that it actually was a half-eaten human body in the jaw of the crocodile! 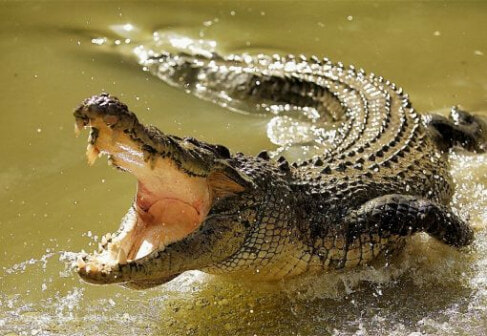 Instead of fleeing, they then requested help from other fishermen to find and retrieve the body. At around 1.30pm, they finally found the crocodile together with the half-eaten body around the area of Sungai Suai.

These brave fishermen managed to drive the reptile away. They then tied and pulled the body with a rope towards the river bank near the Suai Bridge.

Miri police chief Asst Comm Lim Meng Seah reported that only the lower part of the stomach and the legs remained. 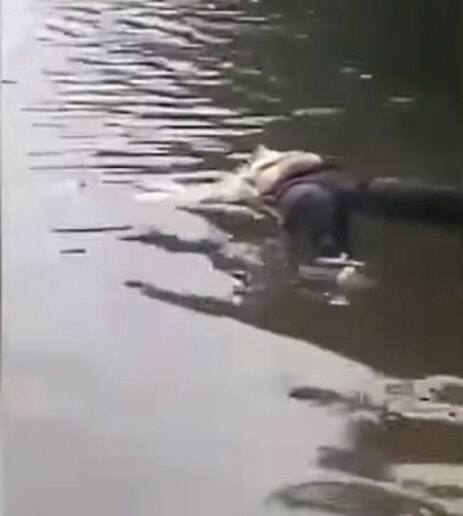 He said that the police found no injuries on the body indicating any element of crime. The body was found clad in a pair of black trousers and a black belt.

“This is a crocodile attack as there are bite marks all over the body.”

The police had carried out a preliminary investigation at the river bank. However, they were unable to ascertain the man’s identity as no identification was on the body. Lim also said a family who had reported a missing male relative was unable to identify the victim. This is because they do not know whether he had worn that pair of trousers and belt or not.

The video of the discovery can be watched here:

Always remember to be careful anytime, anywhere. On that note, make sure to have at least another friend with you, just in case anything happens.

Also read: 2yo Girl Meets Her Death After Climbing into Family’s Crocodile Cage 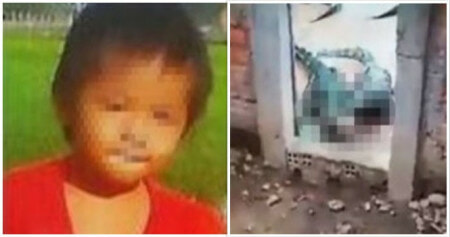