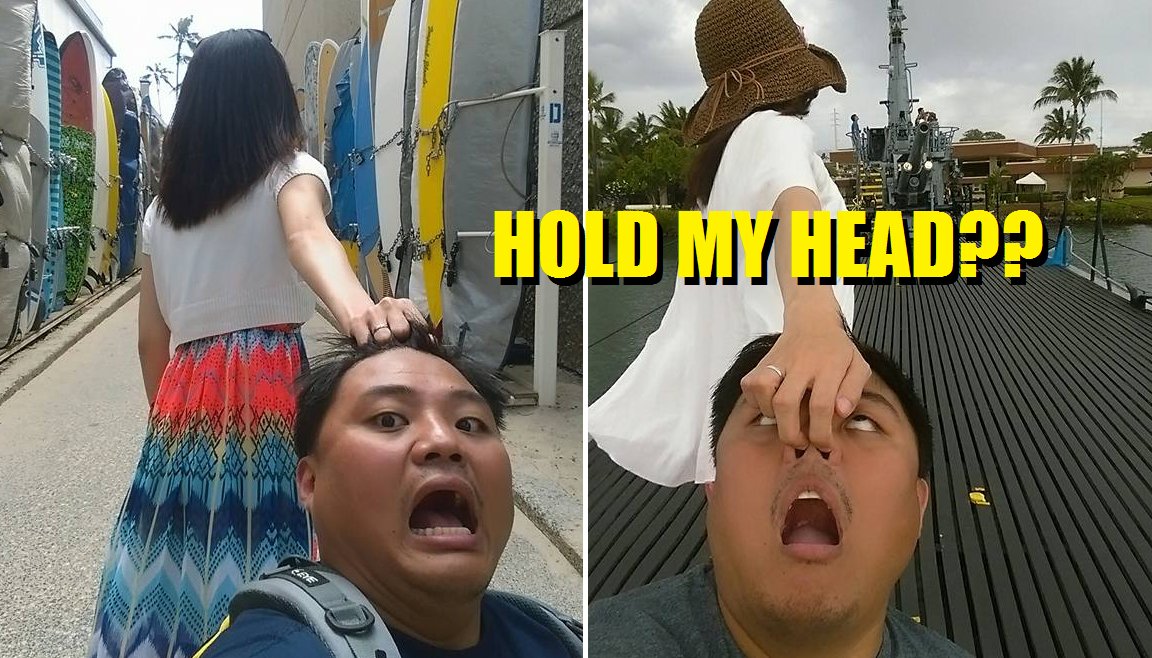 If you’re on Instagram, Facebook or any social media for that matter, chances are you already know the famous “hold my hand” pose.

Started by photographer, Murad Osmann, he takes beautiful images of his girlfriend holding his hand, looking as if she’s eagerly bringing him somewhere.

Accompanied by stunning outfits and the most mesmerizing backdrops as they travel the world, his 4.1 million followers can’t help but fall in love with every single picture he shoots.

The hand holding pose touches people as it appears as a symbol of love and togetherness; the two being never apart.

The pose has become so popular, heck you even see your friends start doing it!

However no one did it as epic as did guy could.

Forrest Lu recently just posted a few pictures parodying the romantic pose. Instead of touching people’s hearts, he made people laugh till their stomach hurt!

He posted his first image on May 13th, along with the caption: “My dear wife, it’s hold my hand, not hold my head la.. ah…ah…!” 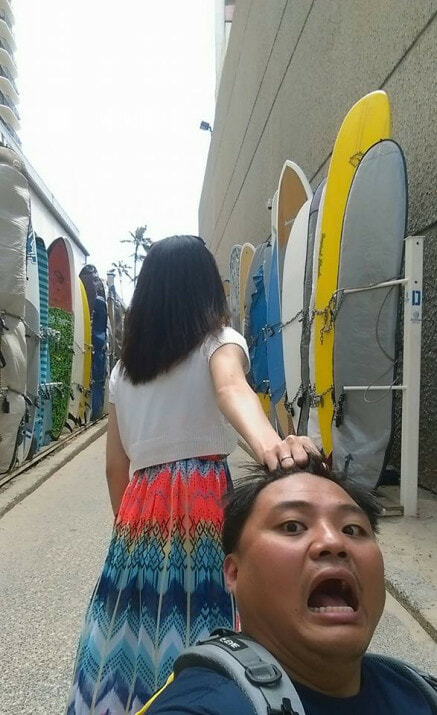 The man’s hilarious expression got everyone sharing the joy of their relationship. Let’s just hope it’s not considered domestic abuse!

You really don’t want to mess with her!

anddd for the most epic shot!

The couple from Taiwan really gives a whole new meaning to the term, ‘relationship goals’.

Their images inspired so many other couples that you’d be able to see boyfriends and girlfriends tag their partner suggesting to do the same hilarious poses.

Other than the parody poses, they are actually a very sweet couple la.

Got a story to share? Drop us a message on our Facebook or email us at [email protected] and we may just feature it next!