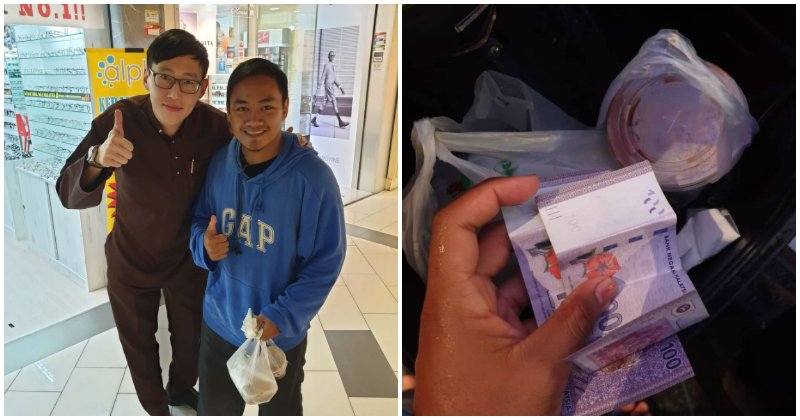 Malaysia’s unsung heroes, food delivery riders, brave all kinds of conditions and situations in order to make sure we get our food items on time and while it’s still hot. However, we don’t always see Malaysians showing their appreciation or understanding for these dedicated workers.

Which is why it’s rare to hear stories like the one this GrabFood rider shared, where his customer brightened up his already gloomy Raya eve. Hadi Lina shared his experience in the GrabFood & GrabExpress Rider Malaysia Facebook page on how he was in need of at least RM300 for certain expenditures, hence leading to his decision to work on Hari Raya eve, but orders were slow in coming and he only received one call in the span of two hours.

It was about 5:30pm when he received the order for a non-halal meal to be sent to Sg Wang Plaza, but unfortunately it had just started pouring heavily and his raincoat had recently been stolen.

“I called to informed the customer, William, that it was raining, and he told me to be careful and wait until the rain subsided,” Hadi wrote in his Facebook post. 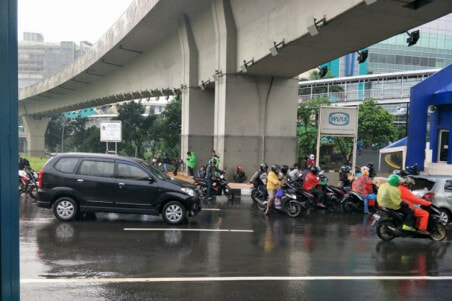 After an hour, the rain still persisted, so Suffian decided to check in on William again to give him an update. William told Hadi he could wait as even though he had skipped lunch, he had some biscuits to munch on. William did not want to cancel the order as it would pose an inconvenience for Hadi.

“He said it’s okay, he can wait because he does not want me to drive as the road condition is dangerous during this heavy rain. When he told me that he only had biscuits since he had not have his lunch yet, I braved the heavy rain as I sympathised him being so hungry and not wanting to cancel the order as I’ve already gotten his food.”

When Hadi arrived at William’s optical shop, he was surprised to be invited in to break his fast. William had bought a packet of nasi lemak with chicken rendang and sambal squid along with an iced coffee for Hadi, but the good news didn’t just end there.

“He invited me into his optical store and passed me the packet of food he bought for me to break fst. He also gave me he receipt. At first I thought it was odd that he was passing me the receipt, but I realised that inside it was a roll of RM200. He said that’s for me as duit Raya. That was a really thankful moment that I felt which I can not explain.

“He even hugged me a few times saying, “I understand that your job is tough and has certain risks.” Even though my body was still drenched from the rain, he didn’t mind hugging me.” 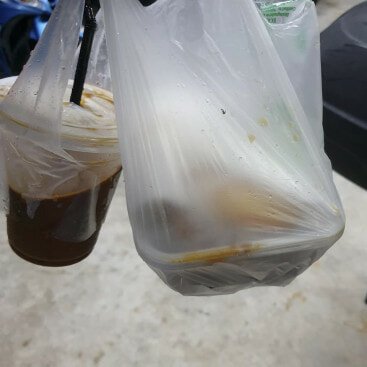 Hadi felt blessed as he left but he had one last surprise for the night. The moment he reached his motorcycle, he started receiving orders non-stop for the rest of the night, allowing him to surpass his goal of RM300.

Hadi left us all with one lesson. Be sincere with your work and in your life, and only good things will come your way. Also, this story taught us to always be considerate to others. Kudos to both Hadi and William. Our faith in humanity has been restored <3 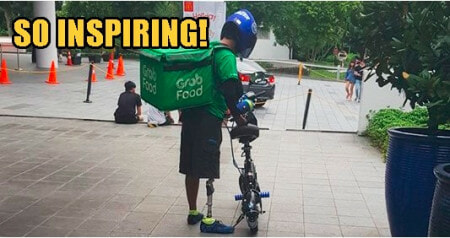 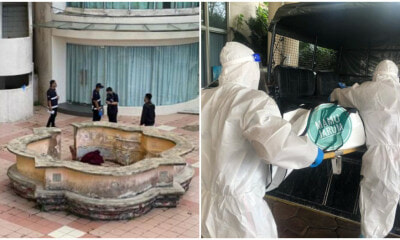