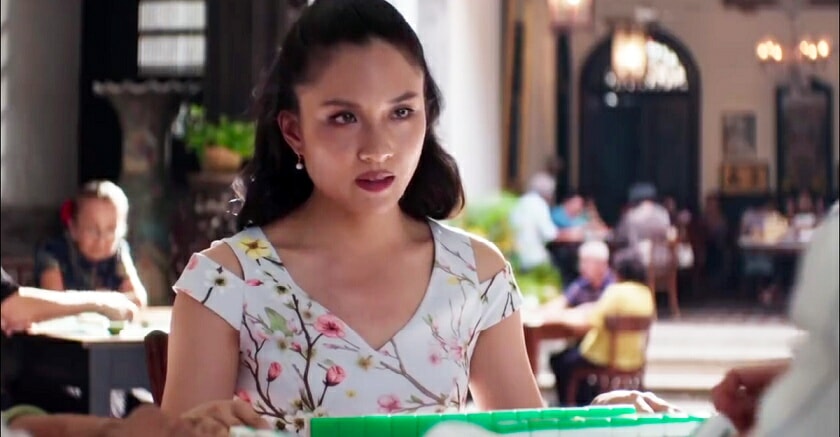 This piece is written by Lim Yi Sheng.
Sheng is just a guy who likes watching movies and playing mahjong.

So, I just watched Crazy Rich Asians. And the scene that left me the most shook was the mahjong game near the ending of the movie. So while there was a pretty decent article written about it, I feel that there is a lot still missing, and I really want to try and enrich the scene as much as possible for the people watching it, but not really understanding it. Some details may be wrong (it is my first viewing), so please correct me where I am wrong!

In the movie, the mahjong scene takes place in a pivotal scene after our protagonist Rachel Chu, played by Constance Wu, has been rejected by her boyfriend Nick’s mother, Eleanor (played by Michelle Yeoh). This is because Eleanor learns that Rachel was born to a single mother who fled China for the States. However, unbeknownst to Eleanor, Nick has gone against his mother’s wishes and proposed to Rachel anyway. However for the sake of Nick’s happiness, Rachel has rejected him, and now wants to clear up certain issues between her and Eleanor. Throughout the movie, Eleanor has always believed that Rachel is too Americanized, unwilling to make sacrifices for the sake of personal benefit, unlike the other Asians.

When Eleanor arrives, she actually takes the role of the dealer, or the East role. Rachel sits opposite her in the West role. This firstly represents the symbolic difference, Eleanor represents the traditional Eastern values, and Rachel is her Westernized, American counterpart.

However, also in traditional mahjong, if the person is sitting to the right of you, you have control and domination over the other party (because you can choose what to discard to the person below you, and the person below you is reliant on you for certain combinations). In this case, Rachel and Eleanor are sitting opposite each other. They are peers, equals, with no one dominating the other.

In one of Rachel’s earliest discards, Eleanor forms a pong, or a three of a kind. This combination is a very aggressive one that relies a lot on other people giving you tiles. Rachel was throwing away a 9 of circles. 9 or 九, as well as the circle in Chinese culture, has a very special place. It means 九九归一, or everything coming together in one circle. In this early aggressive move, we also see that Eleanor wants to create a certain combination called 碰碰胡, where everything is a pong, or three of a kind.

It is around this time, that Eleanor starts giving a spiel of kaki lang (meaning, my own people), where she believes that Rachel is not “one of them”. Her majong tiles are a clear reflection of her compulsive need to impose her will on others to bring some form of harmony and homogeneity to them (ergo forcibly taking discards from others to form matches). However, this also throws a question into the ring: Is Eleanor’s idea of kaki lang really that universal? (After all, in mahjong, there are other combinations available, such as pure colour, all chow hands etc). Or is it just a rationalization that she is trying to force unto herself and others?

It is then that the camera cuts to the table, (or the discard pool composed of tiles which no one wants) and we see the discarded, unwanted mahjong tiles, which comprise mainly of bamboos. In Cantonese, 竹升 or juk sing, or bamboos, is used as a pejorative term to refer to Westernized American-born Chinese. As bamboos are hollow, but compartmentalized, water can enter but cannot flow out; thus Westernized Chinese people are unable to reflect on the source of water, or the source of their culture. Ergo, ungrateful. But these tiles are carelessly placed between a tile representing the West wind, and the East wind. And now we see the juk-sing for who they really are. Stuck between the East and the Western world, discarded, and belonging to nowhere.

It is also interesting to note that the West wind, is nearest to Rachel. Which means that there is a high chance that it was Rachel herself who discarded the West wind (which is her wind, seeing that she sits in that position). In a game of mahjong, having three of a kind of your own wind, nets you additional points. But Rachel is willing to give up and discard the West wind for a shot at the winning hand.

It is then, that we see Rachel draw her winning tile. The 8 of bamboos. Bamboo tallies were used in ancient China as a form of currency. The 8 also stands for 发 or to mean prosperity. Hence the 8 of bamboos, actually means pretty damn prosperous without hitting you overtly in the nose with it. Take note that Eleanor also wants this, which means that Eleanor already has two of the four 8 of bamboos. Rachel’s chances of drawing the winning tile is awfully slim. In this case, we can see the 8 of bamboo as the thing that Rachel and Eleanor are fighting over: Nick.

We also cut to see Rachel’s hand. We see that she has not taken any discards from anyone. Her hand is completely self made (which gains additional points). We also see that she has kept a bunch of matching red dragon tiles or 中. This symbolically also means China (中国) or being Chinese (中华). Within her hand, deep inside, Rachel is Chinese down to her roots. She also has matching North wind tiles or 北. Symbolically, the Northern people are considered to be poorer than their Southern counterparts (Eleanor). Furthermore, Nick’s forebears took their fortune and immigrated south to Singapore, which is why they have their current wealth now. This North wind is a stark contrast to the Southern wealth of Eleanor.

We also see that apart from these two tiles, we see that Rachel’s hand is also comprised of bamboos in varying combinations. 3 of a kind, or in order (e.g. 6,7,8). The mixture of the red dragon, North wind, and bamboos is also known as half colour (混一色), as compared to a higher combination of pure colour (comprised purely of bamboos). Symbolically, despite not being considered pure bred Chinese or “kaki lang”, Rachel still proves that deep inside, despite her juk sing-ness, despite her lack of homogeneity, despite her poverty, her difference, she is Chinese to the very end. And icing on the cake? Rachel’s total winning combination is higher than that of Eleanor’s all pong hand. And the reason why is because Rachel has embraced her own uniquely American-Chinese roots (represented by the red dragon or or 中), which gives her additional points over Eleanor. This effectively also ends the debate about Eleanor’s spiel over kaki lang. Like Rachel’s hand, there are better options out there than the worldview that Eleanor tries so desperately to enforce.

As Eleanor shows us her winning hand filled with pongs, Rachel explains to Eleanor that she has rejected Nick, and is willing to sacrifice her prosperity, her winning hand, just so that Nick can remain happy. She also wanted Eleanor to remember, should Nick ever find happiness with someone Eleanor approves, that this can only happen because of Rachel: a “poor, raised by a single mother, low-class immigrant nobody”. And she shows her hand. A half colour, juk-sing, self-made hand, a combination of green bamboos mixed with the red dragon and the blue North wind. And then Rachel walks out like a bawss.

Fuck me if this isn’t one of the better choreographed and written scenes ever. And from a rom-com, that people were expecting to bomb. In this very moment, I have never felt prouder of my Asian heritage.

Also read: Broke Son Shares How His Mum Who Only Had RM20 Secretly Put RM9 in His Wallet 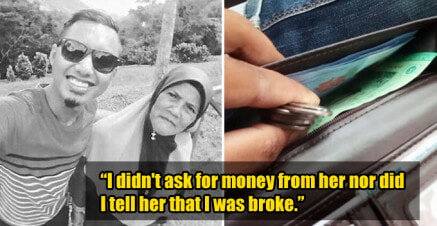