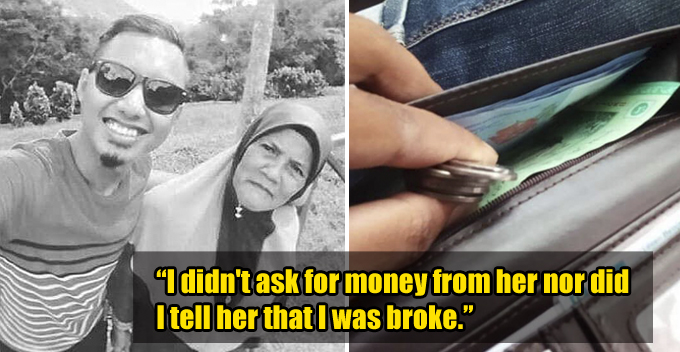 A young man named Syahrul recently shared a heartwarming story on social media about how his mother quietly stuffed money into his wallet even when she was only left with RM20 for herself.

According to the Facebook post, Syahrul works at a Panasonic service centre in Johor Bahru and he would return to his hometown in Mersing, Johor every weekend to visit his elderly mother. 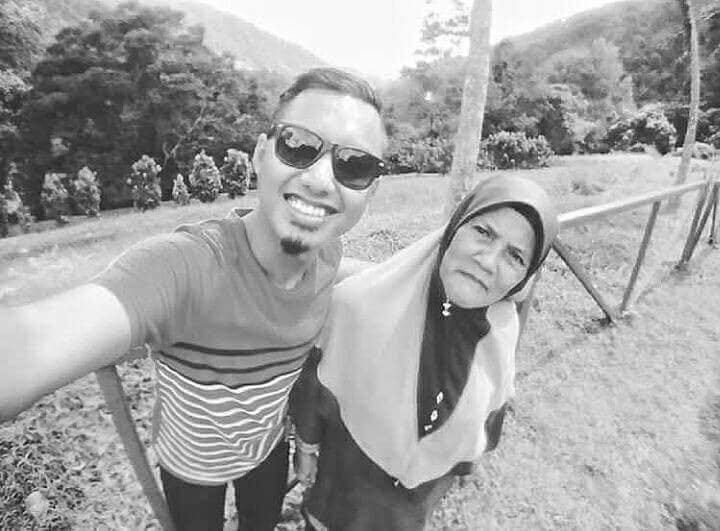 Last Friday, he went back to Mersing with his neighbour as usual, but this time, he only had RM12 in his wallet, of which he spent RM7 on cigarettes and teh tarik. That purchase left him with RM5 only, but it was nothing to him as he has gotten used to this kind of financial difficulty.

“I spent two days (Saturday and Sunday) in my kampung and I left my wallet in the clutch bag placed on the shelf. For two days, I didn’t touch my wallet at all.

“When I was at home, my mother suddenly opened up to me and said, ‘I don’t have money to give you for your trip back to Johor Bahru’. I didn’t ask for money from her nor did I tell her that I was broke. I knew she was in a tight situation with only RM20 left to buy food.”

His father couldn’t do much to help the family as he has his own financial problems to deal with. Then, on Monday morning, Syahrul woke up at 6am to travel back to JB with his neighbour to work. By that time, his mother had already prepared food for him to take away although he didn’t request for it.

“After I sat down at my desk, I decided to check my clutch bag to see if my wallet was in there. Luckily the wallet was there, but it felt heavier, so I opened it to have a look.

“I wanted to cry so badly but I was holding back my tears. My mother had put nine pieces of RM1 notes and a few coins in my wallet. I was so touched because even though my mother was going through tough times, she was still willing to help me. I don’t know when she put the money in but I felt guilty. 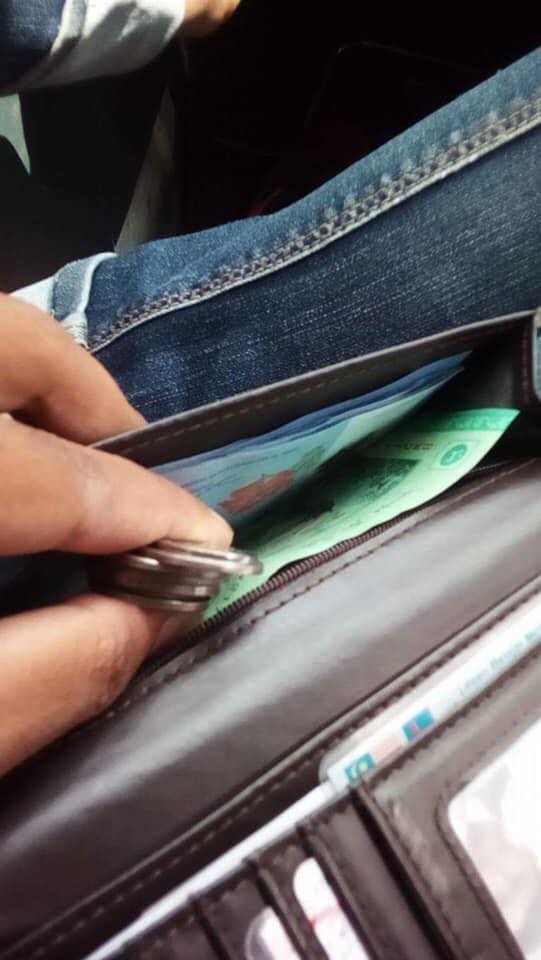 He ended the post by advising youngsters to love and spend time with their parents while they still can. The FB post was shared over 1,200 times overnight and netizens were touched by the mother’s love for Syahrul. Some shared their similar personal experience in the comment section while others advised him to quit smoking since he isn’t earning much.

This story shows just how selfless a mother can be and how she will always put her children before herself. Kudos to Syahrul for visiting his mother on a weekly basis as not every youngster does that nowadays. 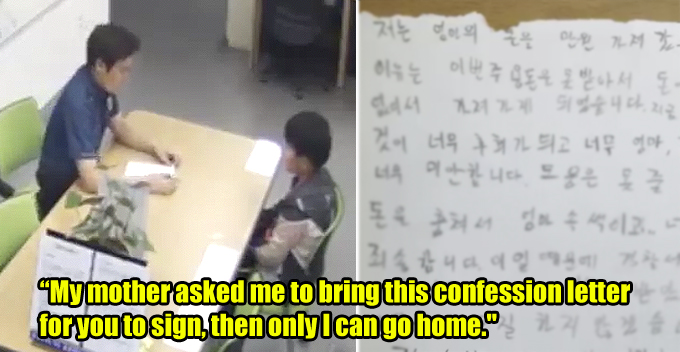