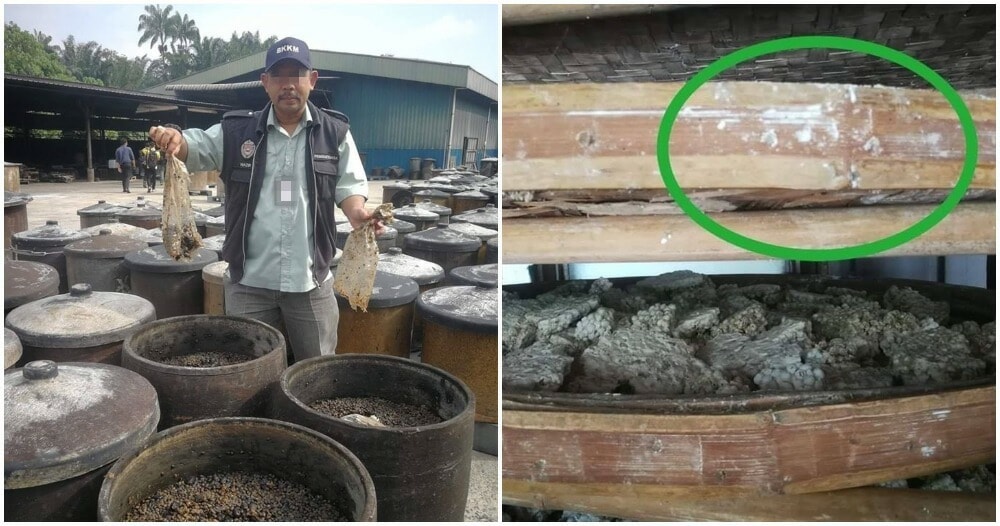 This really makes us question if all our food items are produced in hygienic conditions!

Four factories in Bukit Mertajam, Penang have been ordered to close down for two weeks by authorities after a sudden check (OPS Tegar).

The factories are located in different parts of Bukit Mertajam, namely Mengkuang Titi, Tanah Liat and Sungai Lembu. Two of the factories were producing kerisik (toasted coconut), one was producing soy sauce and another was producing noodles. 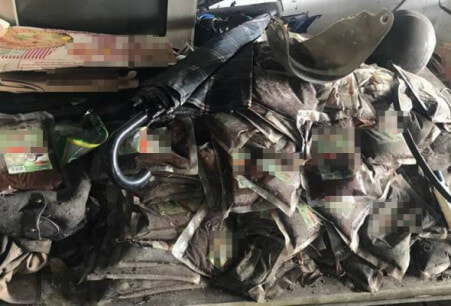 The kerisik products in the factory.

It has been reported by Awani that the factories were in poor condition and there were mice faeces and corpses in the compound. An officer from the Penang Health Department said that they decided to conduct the check on these factories as they received multiple complaints from consumers about finding foreign matter in their food items.

He also said that as soon as the factory workers saw the authorities, several foreign workers who were working the machines ran into the surrounding palm plantation.

As for the soy sauce factory, authorities have found that the premises were a little too dirty and they did not abide by the hygiene SOPs set by the government. In the soy sauce jars, there were also plastic bags which appear to have been left in there for quite some time. Some of the jars were covered while others were uncovered. Authorities mentioned that there were also traces of bird faeces in some of the uncovered jars. The other jars have mouldy covers. 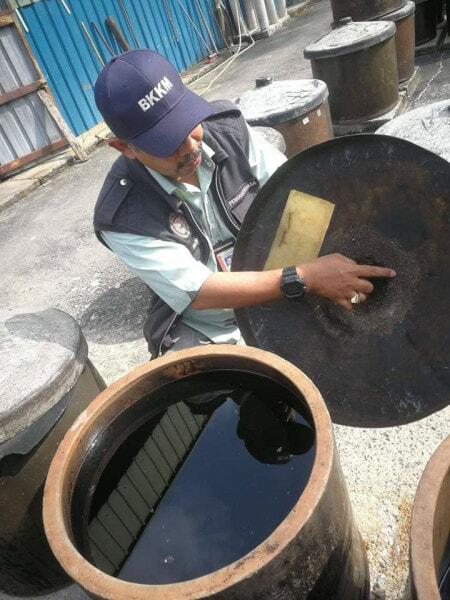 An official showing some mould on the jar cover.

Close-up of the mouldy jar cover. 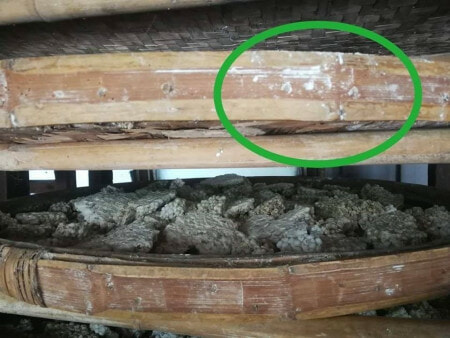 Mould on the trays used for the fermented soybeans.

In the case of the noodles factory, the place was dirty and they displayed a suspicious halal sign there.

All four factories were told to cease all operations for cleaning purposes for two weeks in accordance with Section 11 of the Food Act 1983.

Altogether, the factories were fined a total of RM9,000 and they will need to thoroughly clean the factory compounds before starting operations again.

Many cases of dirty food-processing factories have been popping out these days thanks to the efforts of the government. We hope that they will be able to expose more of them to ensure that consumers’ health are not affected.