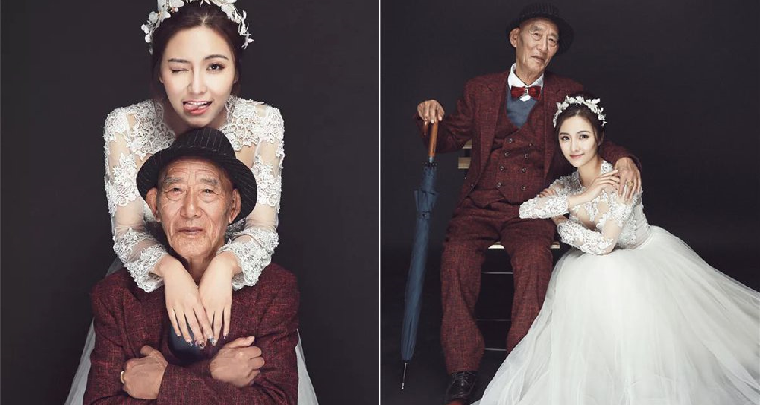 Our grandparents are precious to us and as they grow older, their time on earth does not last long. This 25-year-old girl Fu Xuewei shared a set of wedding photos on March 9 on Chinese social media, which touched many people’s hearts. That’s because the “bridegroom” in the photos was actually her 87-year-old grandfather! 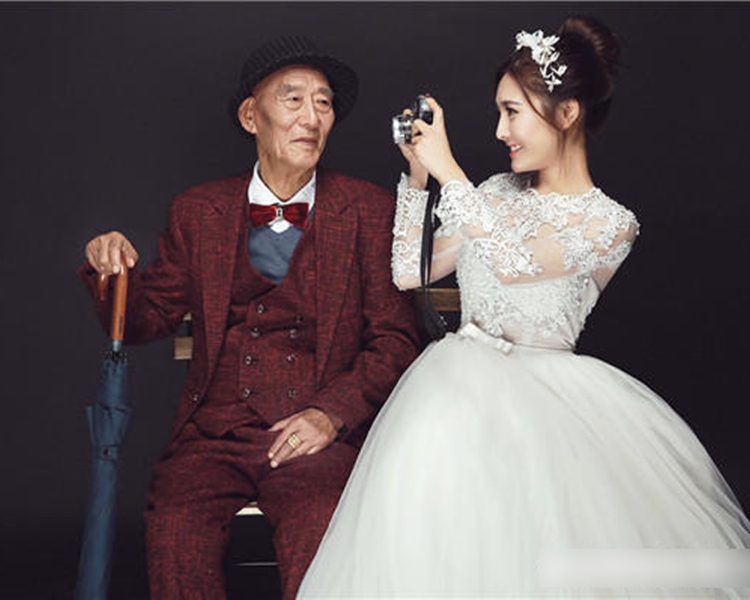 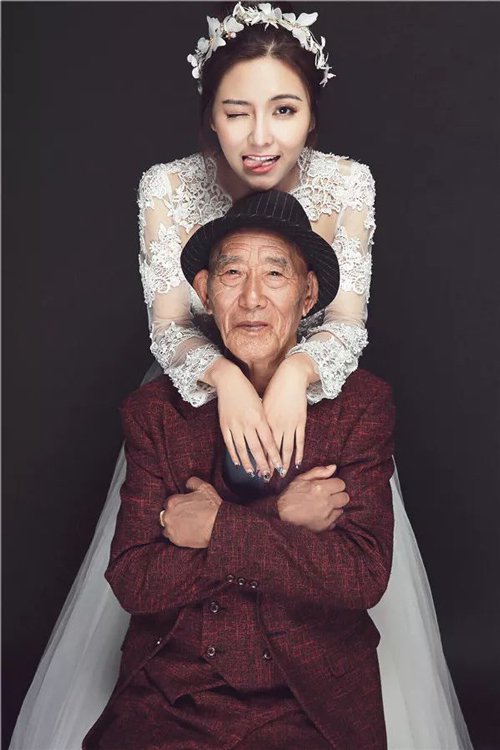 Her grandfather had suffered from a heart attack two years ago and had collapsed when he was bathing. One side of his body was not able to move and Fu spent three months in the hospital massaging him while he slowly got back his strength. 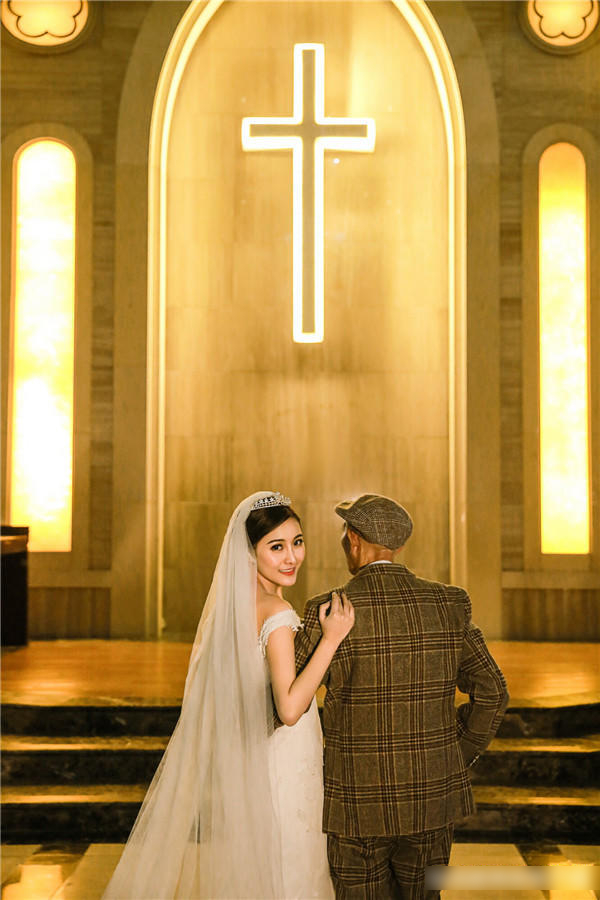 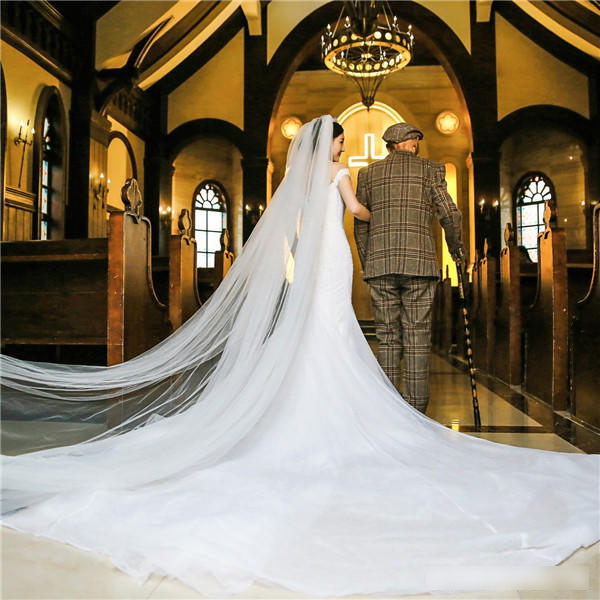 Unfortunately, in September 2017, her grandfather sustained a stroke, which made him slower and forgetful. This caused Fu to be very worried as she wasn’t ready to be separated from her grandfather. No one is willing to do so!

She managed to hatch a plan to take some lovely wedding shots with her grandfather in December 2017 and under the pretext of bringing him to the hospital for check-up, she whisked him to the photo studio. 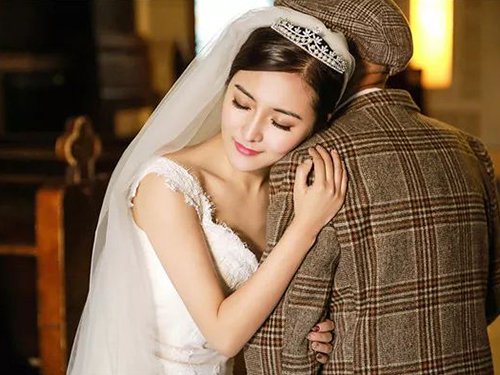 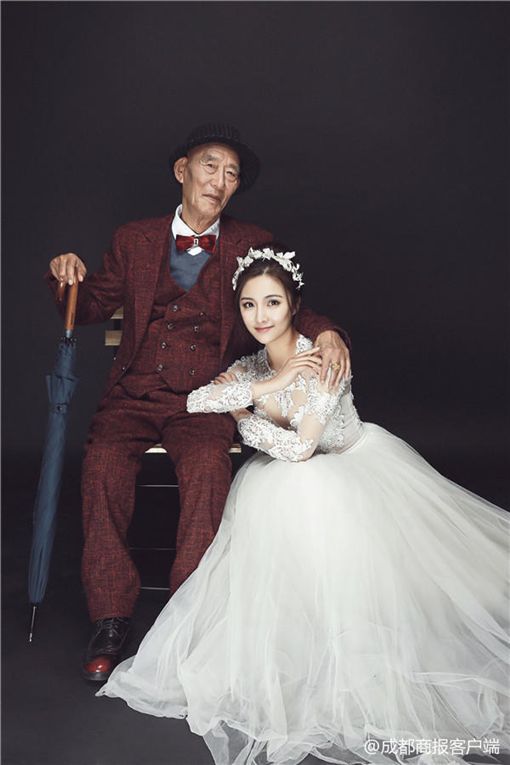 Fu said that she had a particularly good bond with her grandfather as her parents were divorced and she had been living with her grandparents since she was young. Although he was a strict person, he loved his baby granddaughter a lot and would spoil her tremendously.

The filial granddaughter said, “I want to let my grandfather see how I look like when I’m a bride. I’m very worried that he would not be able to see me on my wedding day wearing my wedding gown. I must let him see me in a wedding gown before anything happens to him. This way, I can immortalise our memories and show my husband and children next time how my grandfather looks like.” Aww, so sweet! 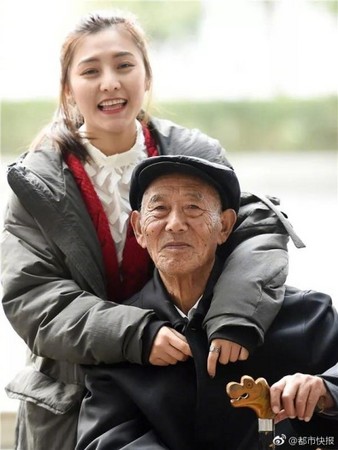 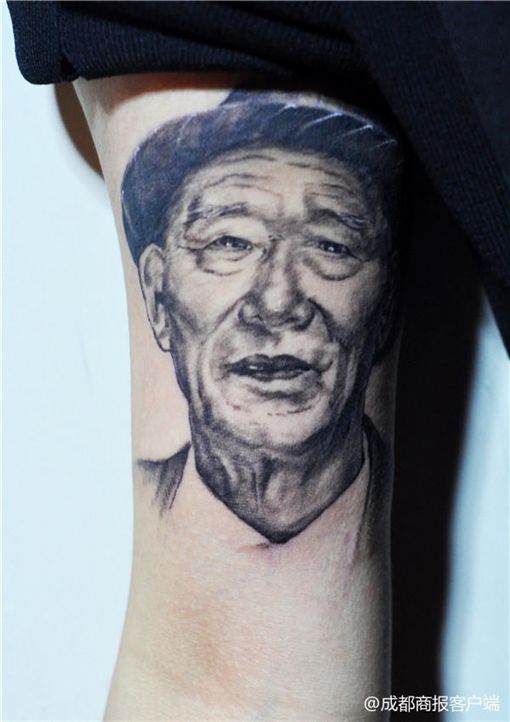 Fu also did a tattoo of her grandfather’s image on her arm as she wanted to keep him with her always. Although it is only half done, she plans to go back soon to get it finished. When the sweet set of photos were posted online, many people praised her for for her filial heart and deep love for her grandpa. Some of them resolved to appreciate their grandparents even more after seeing the photos.

Grandparents are precious treasures and we should always cherish them! 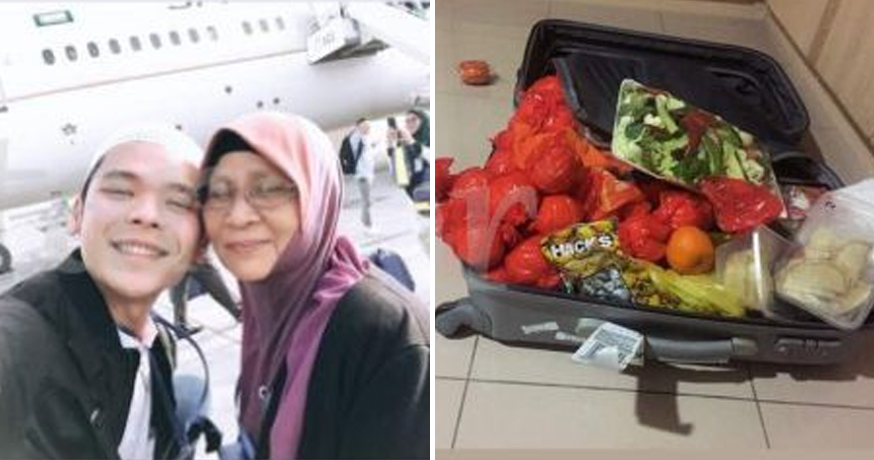