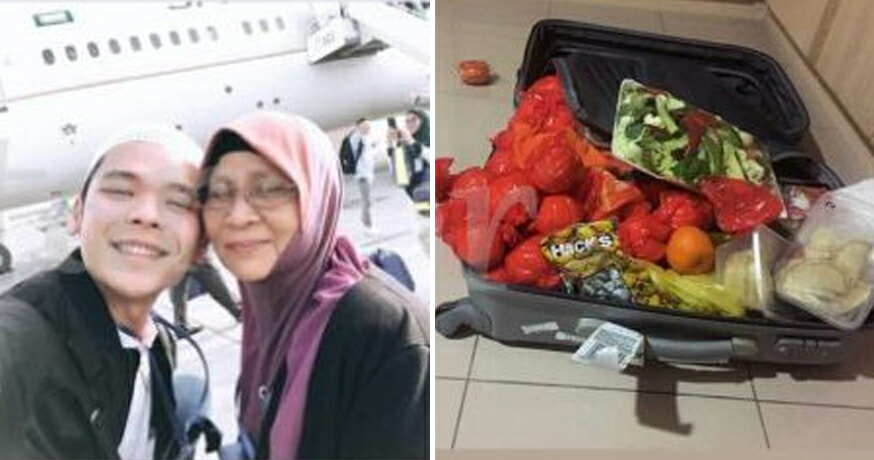 What are some of the things you’d usually pack for a trip or overnight stay? Most probably 60 per cent clothes, 20 per cent foodstuff and 20 per cent daily necessities, right? Since you can grab food elsewhere, it’s usually not the main priority item to fill up your luggage space.

Recently, this grandmother from Sabah has caught the hearts of local netizens when she paid a visit to her grandson in Kuala Lumpur. Instead of packing her luggage with clothes, it was filled with various foods for her grandson, mStar reported.

Zaharah Mat Jelas (also known as Opah), 72, made her way from Kota Kinabalu, Sabah to Kuala Lumpur for a medical examination. She planned to stay at her grandson’s place for two months before returning back to Kota Kinabalu. 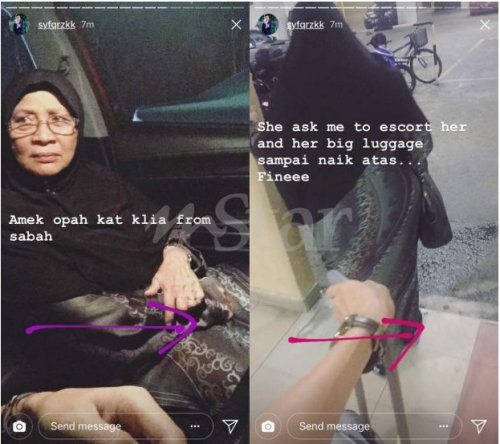 Her grandson, Muhamad Shafiq, had picked her up from the airport, and settled down in his house after the long trip. However, little did he know that his grandmother had packed her luggage filled with love for her beloved grandchild.

Upon opening the luggage to help his grandmother unpack her belongings, he was surprised to find tons of foodstuff such as fish, chicken, vegetables, curry puffs, popiah and fruits loaded in her huge luggage. So much love! 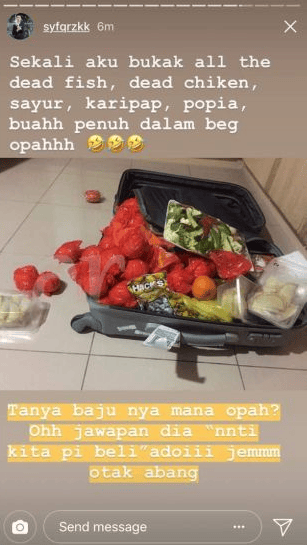 Taken aback by the amount of food she brought along, Shafiq realised there was not a single piece of clothing in the luggage. When he questioned his grandmother about her clothing, she replied, “Let’s go and buy later then”. Wah, relek je nenek!

“Back when my grandmother resided in Perak, she will definitely bring food over for us whenever she visited. I never expected her to do the same ever since she moved to Sabah.”

“I also asked her how she got past the airport baggage scanning machine. She said the custom officers did stop her to enquire about the fish. It may be due to the fact that she was an elderly, so the officers allowed her to pass through,” he added. 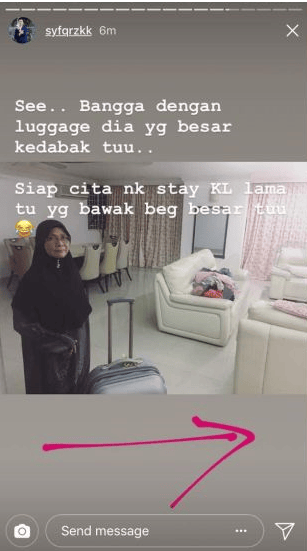 The 26-year-old enterprenuer shared this heartwarming story on his Instagram story, which went viral on social media after it was shared on Facebook by some local netizens.

Shafiq was surprised when the story became circulated online as his initial aim was to share his grandmother’s cute and funny actions with his cousins. Surprisingly, his grandmother was chill at the news of her story being spread around, and even asked Shafiq what viral meant. Aww, who wouldn’t love this granny! 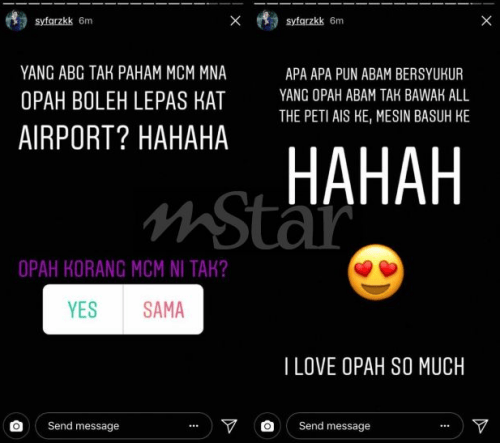 Local netizens were certainly entertained by this grandmother’s actions, and shared their own experience as well. One netizen commented saying that most mothers from Sabah are all like that, and that her own mother would bring bags of foodstuff that are not available in the Peninsula for her grandchildren every time she visited. “She would only bring along a few pieces of clothing, and only buy it in Kuala Lumpur.”

Another netizen said that her mother would bring along numerous types of vegetables from Kuching, Sarawak whenever she visits. “Chilli, lemongrass, ginger, herb, salted fish, anchovies, and pandan leaves. She could bring a whole garden up the plane if she wanted to. I told her that all these items are already available in my fridge, but she says that the taste is different. Well, as long as she is happy, that’s all that matters,” the netizen wrote. 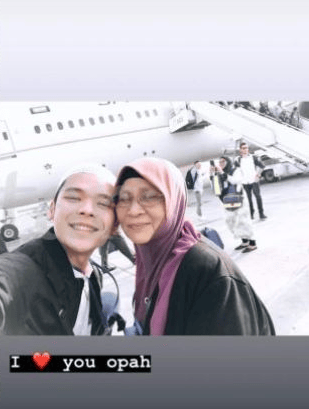 Cherish and love your grandparents while you can, peeps! They’re nothing you would want to trade for. 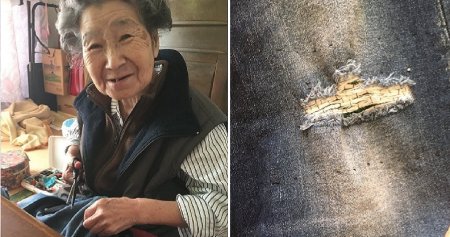