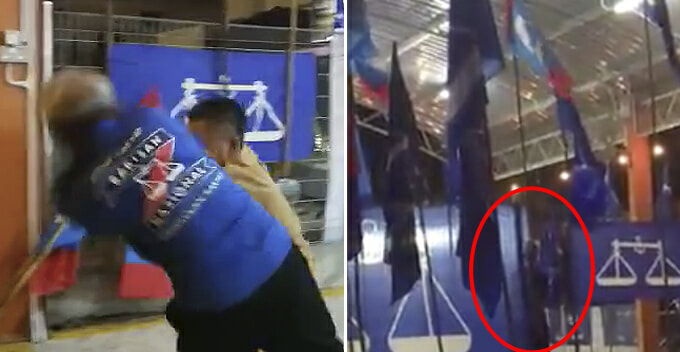 Two days ago, a video has gone viral on Facebook depicting two men fighting on stage when Wee Ka Siong was giving a ceramah nearby. This incident happened on 30 April (Monday) in Yong Peng, Johor.

Unfortunately, the older man who was wearing a BN T-shirt was pushed down from the one-metre high platform and suffered three broken ribs with some scratches. Ouch!

Soon, another video, which showed the earlier part of the incident before the scuffle took place, was uploaded on Facebook. Apparently, the elderly man was seen removing some PKR flags and his action provoked an opposition supporter to confront him. Things got ugly pretty quickly and the old man was then pushed off the stage.

However, Batu Pahat police chief described the incident a bit differently, according to The Star.

“The cause of the incident was due to the victim trying to stop the suspect’s actions, who was placing PKR flags on the stage area,” Batu Pahat police district chief said.

The injured man was identified as Tan Hong Hi while the 58-year-old suspect is Ting Kheng Hwa. The latter was arrested and remanded for seven days for investigation.

This incident had garnered a lot of attention on social media. A netizen named Lim See Jia, who was allegedly at the scene, shared what she saw in the comment section.

“I can only say both parties were at fault. It’s obvious that MCA didn’t care about the old man’s safety. He left the scene alone with no one helping him. He was very cocky when removing the flags.” 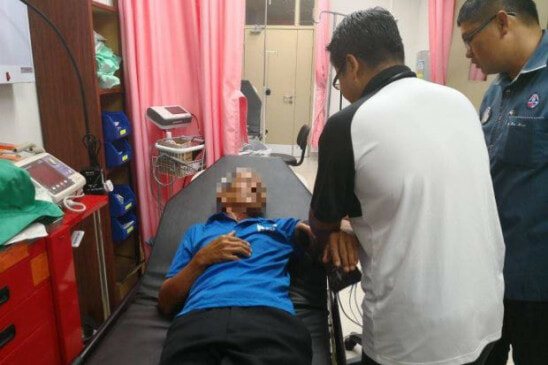 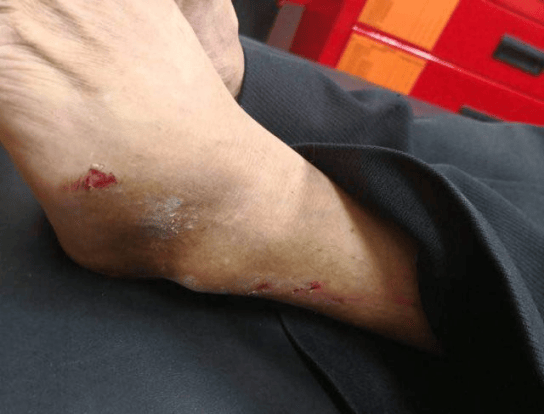 Later, a lady named Teng Jenni, who claimed to be the granddaughter of the old man, posted in a Facebook group saying,

“My grandfather is still at the hospital for observation. There’s no right or wrong when it comes to politics. I’m not sure what had happened and why he would go and remove others party’s flags; I can only pray for his recovery.”

It was reported that the senior citizen was taken to Sultanah Nora Ismail Hospital for treatment and the case is now being investigated under Section 325 of the Penal Code. The police has also urged everyone to stay calm and avoid harassing others throughout the campaign period.

Regardless of whose fault it was, we wish the old man a speedy recovery. It’s just a flag guys, chill! 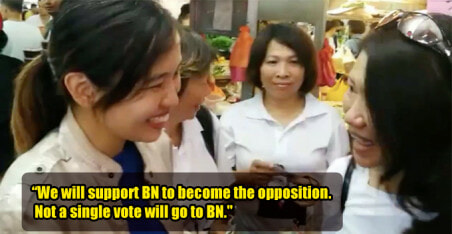